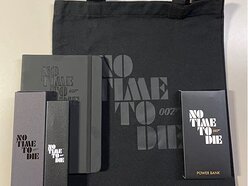 Win a James Bond: No Time to Die Merch Pack

Win a James Bond: No Time to Die Merch Pack
Competition Discussion
This competition has now ended. The winners will be announced here shortly.
UNIVERSAL

JAMES BOND: NO TIME TO DIE
​
NO TIME TO DIE, the extraordinary 25th installment of the James Bond series, available to own for the first time on 4K Ultra HD, Blu-ray™ and DVD Collector’s Editions on 20th December 2021 from Albert R. Broccoli’s EON Productions, Metro Goldwyn Mayer (MGM) and Universal Pictures Home Entertainment. Generating more than $700 million worldwide and Certified Fresh on Rotten Tomatoes, fans can now bring home NO TIME TO DIE in time for the holidays with more than an hour of bonus content exploring the action, spectacle and stunts. With highlights including the Being James Bond 45-minute retrospective on 4K Ultra HD and four exclusive and exciting featurettes, viewers can go behind-the-scenes of the film and deeper into the legacy of Daniel Craig’s 007. 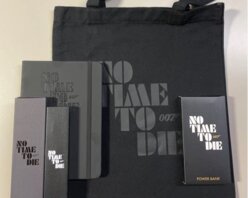