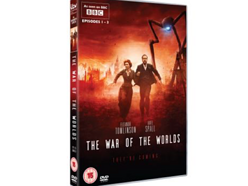 Win a copy of The War of the Worlds on DVD

Win a copy of The War of the Worlds on DVD
Competition Discussion
This competition has now ended. The lucky winners of this competition are displayed below.
ITV Studios Global Entertainment is proud to announce the release of The War of the Worlds, available on DVD from 2nd December and also available on Digital Download. To celebrate the release we are giving YOU the chance to win a copy on DVD.

Set in Edwardian England, The War of the Worlds stars Rafe Spall (Jurassic World: Fallen Kingdom, Hot Fuzz) as George and Eleanor Tomlinson (Poldark, The White Queen) as his partner Amy, attempting to survive an extra-terrestrial attack in this major new television adaptation of H.G. Wells’ seminal tale. Robert Carlyle (The Full Monty, Trainspotting, The Beach) also stars as friend and scientist Ogilvy, whose experiments could be vital to driving back the Martian invasion.

After a huge meteor strikes Horsell Common in Surrey, England, the inhabitants of Earth face a vicious attack by an unknown alien race. Amidst the chaos, George leaves his loveless marriage in the hope of starting a new life with Amy, despite the condemnation of the community around them.

But for George and Amy, alongside every other human on the planet, this plan is suddenly interrupted when they soon find themselves fighting for their survival against a ruthless enemy beyond their comprehension - an enemy determined to destroy humanity and conquer the planet. Adapted by Peter Harness, this visceral thriller delivers a riveting and atmospheric collision of science fiction, period drama and horror - bringing one of literature’s most notorious foes vividly to life.

Watch the trailer for The War of the Worlds here:


THE WAR OF THE WORLDS is distributed by ITV Studios Global Entertainment and available to pre-order from Amazon.co.uk and iTunes.

This competition is open to all eligible AVForums members who are in the Novice Member User Group or above and who are subscribed to our newsletter.
Our newsletters contain summaries of the latest news and reviews, competitions, podcasts and exclusive special offers. Subscribe now. You can unsubscribe at any time by changing your preferences. 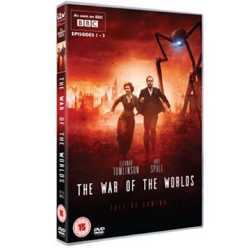