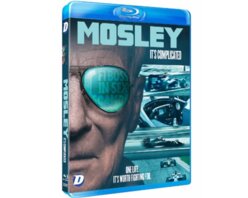 Win a copy of Mosley: It's Complicated on Blu-ray


To celebrate the release we are giving YOU the chance to win a copy of Mosley: It's Complicated on Blu-ray.​
Mosley: It’s Complicated is a no-holds-barred study of one of the most successful yet controversial figures in motorsport, Max Mosley. Born under the dark shadow of his infamous fascist father Oswald Mosley, Max fought his entire life to make his own mark.

Denied his political ambition due to the stigma of his father’s legacy, Mosley strove to leave a worthwhile legacy of his own, taking on the might of car giants worldwide, shaming them into improving the safety of their motor vehicles. Despite this, Mosley continued to be hounded by the press, digging into his private life, leading to one of the biggest battles of all against the press barons who set out to bury his reputation.


​
The question for this competition is available to hear on our podcast live streamed on YouTube at 7pm BST on July 21st 2021.

​
Mosley: It’s Complicated is released in cinemas from 9th July 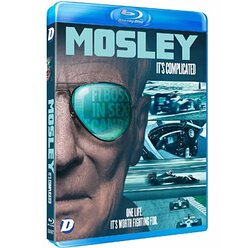