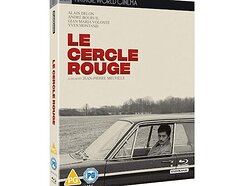 Win a copy of Le Cercle Rouge on Blu-ray

STUDIOCANAL is delighted to announce the release of the first ever 4K restoration of one of the greatest heist movies of all time, LE CERCLE ROUGE (The Red Circle). Written and directed by one of France’s most celebrated and truly original filmmakers, Jean-Pierre Melville, the film will be available to own on 4K UHD for the very first time, as well as on Blu-ray DVD and Digital, from November 23. This stunning restoration of LE CERCLE ROUGE comes complete with brand new bonus content and is an exciting addition to the Vintage World Cinema collection.

To celebrate the release we are giving YOU the chance to win a copy on Blu-ray.

Though Melville is often regarded as the ‘godfather of the Nouvelle Vague’, LE CERCLE ROUGE is a great example of the daring and innovative filmmaking that would see the controversial director influence many artists and filmmakers, from Godard to Tarantino to Johnnie To.

An aristocratic thief, a fugitive and an alcoholic ex-cop are caught together in the thrall of destiny as they plan to carry out the ultimate robbery. Alain Delon (Le Samouraï), Gian Maria Volontè (A Fistful of Dollars) and Yves Montand (Jean de Florette) star as the elegant, mis-matched trio locked in an elaborate and dangerous game of cat-and-mouse with the inscrutable police inspector (Andre Bourvil – La Grande Vadrouille), who is determined to foil their attempts to pull off the perfect crime, despite being drawn irresistibly to his prey. As the day of the heist dawns, the story unfolds, with all four players determined to cheat fate.

Though remembered now primarily for his intense, spare 1960s gangster films, French filmmaker Jean-Pierre Melville had a startlingly varied career, encompassing wartime dramas, psychosexual character studies, and a collaboration with Jean Cocteau. Melville famously worked mostly independently, even building his own studio. It was this fierce do-it-yourself attitude, and such startling, uncompromising films as Les Enfants Terribles and Bob le Flambeur, that appealed to the filmmakers of the French New Wave, who adopted Melville as a godfather of sorts (Godard even famously gave him a cameo in Breathless). During the New Wave, however, Melville went his own way, making highly idiosyncratic crime films—classically mounted if daringly existential—that were beholden to no trend, including Le Doulos, Le Deuxième Soufflé, and Le Samouraï. His most personal movie was L'Armée des Ombres, which, though misunderstood upon its initial French release in 1969, is now widely considered a masterpiece. Melville died of a heart attack in 1973 at the age of fifty-five. 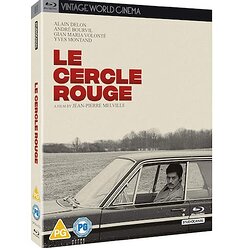