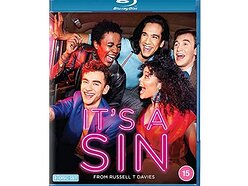 Win a copy of It's a Sin on Blu-ray
Competition Discussion
Sorry, but you are not eligible to enter this competition. You do not have the necessary permission to enter competitions.
The winner will be announced here after the closing date on Thursday March 18, 2021.
IT'S A SIN

Open Exclusively to Patreon Supporters​
Dazzler Media proudly presents the acclaimed new series It's A Sin coming to Blu-ray & DVD from 22nd February, hot on the heels of its TV premiere. From Queer as Folk creator Russell T. Davies, it's already been recognised as one of the best, must-see new television series of our time.

It’s A Sin, the critically acclaimed TV event of the year, is coming to Blu-ray and DVD - a story of life, love and loss.

It’s 1981, the start of a new decade and Ritchie, Roscoe, Ash and Colin begin a new life in London. Strangers at first, these young gay lads, and their best friend Jill, find themselves thrown together, and soon share each other’s adventures. But a new virus is on the rise, and soon their lives will be tested in ways they never imagined. As the decade passes, and they grow up in the shadow of AIDS, they’re determined to live and love more fiercely than ever.

Written by Russell T. Davies (Queer as Folk, Torchwood, Years and Years), It’s A Sin is the powerful, poignant, must-see television series of our time. 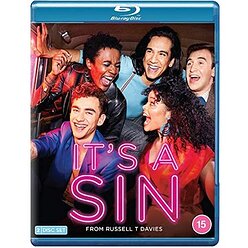