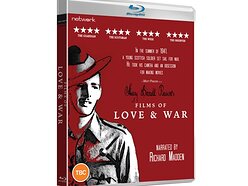 Win a copy of Harry Birrell Presents Films of Love & War on Blu-ray
Competition Discussion
This competition has now ended. The lucky winners of this competition are displayed below.
network


OUT NOW ON BLU-RAY AND DVD

To celebrate the release we are giving YOU the chance to win a copy of Films of Love & War on Blu-ray.​
Narrated by Richard Madden (Game of Thrones), Harry Birrell presents Films of Love & War uncovers a fascinating and moving history of the 20th century through the lens of filmmaker Harry Birrell, from the streets of 1930s Glasgow to the battlefields of World War II.

Harry was given his first cine-camera as a boy in 1928 and spent his life recording incidents great and small - his entertaining and errant adventures are recorded in over 400 films, diaries and photographs that were recently brought to life by his granddaughter, Carina Birrell.

His home movies of family events and fine romances now ache with fond nostalgia but Harry's life was also filled with far away adventures and the film captures a vivid sense of wartime years spent in Bombay, the jungles of Burma and the mountains of Nepal. From commanding a battalion of Gurkhas in the Indian army at the start of the WWII, to a dangerous mission deep behind enemy lines in Burma at the war’s end; from the Ballroom dances of his youth in the 1930s to teaching his children to twist in the 1960s – Harry filmed his whole life with the intimacy of home movies but on the scale of Lawrence of Arabia.

Broadcast on the BBC in 2019, Matt Pinder's beautifully composed, captivating documentary edits together film footage from across Birrell’s lifetime, delivering one man's cinematic vision of the 20th century and his own incredible journey through it.


​
The question for this competition is available to hear on our podcast live streamed on YouTube at 7pm BST on June 30th 2021. 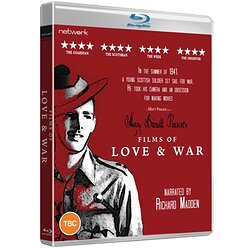