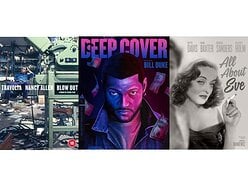 Win a copy of Criterion's August Titles on Blu-ray
Competition Discussion
This competition has now ended. The winners will be announced here shortly.
The Criterion Collection and Sony Pictures Home Entertainment are delighted to release three new titles in August 2021

In the enthralling Blow Out, brilliantly crafted by Brian De Palma (Sisters, Carrie, Scarface), John Travolta (Saturday Night Fever, Pulp Fiction) gives one of his greatest performances, as Jack, a movie sound-effects man who believes he has accidentally recorded a political assassination. He enlists the help of Sally (played by Carrie’s Nancy Allen), a possible eyewitness to the crime who may be in danger herself, to uncover the truth. With its jolting stylistic flourishes, intricate plot, profoundly felt characterizations, and gritty evocation of early-1980s Philadelphia, Blow Out is an American paranoia thriller unlike any other, as well as a devilish reflection on the act of moviemaking.

In this devastatingly witty Hollywood classic from JOSEPH L. MANKIEWICZ (Cleopatra), backstage is where the real drama plays out. One night, Margo Channing (Now, Voyager’s BETTE DAVIS) entertains a surprise dressing-room visitor: her most adoring fan, the shy, wide-eyed Eve Harrington (The Magnificent Ambersons’ ANNE BAXTER). But as Eve becomes a fixture in Margo’s life, the Broadway legend soon realizes that her supposed admirer intends to use her and everyone in her circle, including an acid-tongued critic played by GEORGE SANDERS (Rebecca), as stepping-stones to stardom. Featuring stiletto sharp dialogue and direction by Mankiewicz, and an unforgettable Davis in the role that revived her career and came to define it, the multiple-Oscar-winning All About Eve is the most deliciously entertaining film ever made about the ruthlessness of show business.

Film noir hits the mean streets of 1990s Los Angeles in this stylish and subversive underworld odyssey from veteran actor-director BILL DUKE (The Killing Floor). LAURENCE FISHBURNE (The Matrix) stars as Russell Stevens/John Hull, a police officer who goes undercover as the partner of a dangerously ambitious
cocaine trafficker (The Fly’s JEFF GOLDBLUM) in order to infiltrate and bring down a powerful Latin American drug ring operating in LA. But the further Stevens descends into this ruthless world of money, violence, and power, the more disillusioned he becomes—and the harder to make out the line between right and wrong, crime and justice. Steeped in shadowy, neon-soaked atmosphere and featuring DR. DRE’s debut solo single, this unsung gem of the nineties’ Black cinema explosion delivers a riveting character study and sleek action thrills alongside a furious moral indictment of America and the devastating failures of the war on drugs.


The Criterion Collection and Sony Pictures Home Entertainment present BLOW OUT on 2nd August, and ALL ABOUT EVE and DEEP COVER on 23rd August, on Blu-ray™ 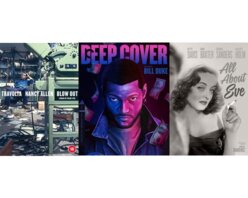