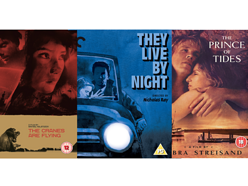 Win a copy of Criterion's April Titles on Blu-ray
Competition Discussion
This competition has now ended. The lucky winners of this competition are displayed below.
The Criterion Collection and Sony Pictures Home Entertainment are delighted to add three new titles in April 2020 and we are giving YOU a chance to win a copy of ALL of them on Blu-ray™.

The Cranes Are Flying

This landmark film by the virtuosic MIKHAIL KALATOZOV (Letter Never Sent) was heralded as a revelation in the post-Stalin Soviet Union and the international cinema community alike. It tells the story of Veronica and Boris, a couple who are blissfully in love until the eruption of World War II tears them apart. With Boris at the front, Veronica must try to ward off spiritual numbness and defend herself from the increasingly forceful advances of her beau’s draft-dodging cousin. Winner of the Palme d’Or at the 1958 Cannes Film Festival, The Cranes Are Flying is a superbly crafted drama with impassioned performances and viscerally emotional, gravity defying cinematography by Kalatozov’s regular collaborator SERGEI URUSEVSKY (I Am Cuba).

They Live By Night

Legendary director NICHOLAS RAY (In a Lonely Place, Rebel Without a Cause) began his career with this lyrical film noir, the first in a series of existential genre films overflowing with sympathy for America’s outcasts and underdogs. When the wide-eyed fugitive Bowie (Rope’s FARLEY GRANGER), having broken out of prison with some bank robbers, meets the innocent Keechie (Ben-Hur’s CATHY O’DONNELL), each recognizes something in the other that no one else ever has. The young lovers envision a new, decent life together, but as they flee the cops and contend with Bowie’s fellow outlaws, who aren’t about to let him go straight, they realize there’s nowhere left to run. Ray brought an outsider’s sensibility honed in the theatre to this debut, using revolutionary camera techniques and naturalistic performances to craft a profoundly romantic crime drama that paved the way for decades of lovers-on-the-run thrillers to come.

The Prince of Tides

For her acclaimed second feature as a director, BARBRA STREISAND (Yentl) crafted a sumptuous, emotionally wrenching adaptation of PAT CONROY’s best-selling novel—which she also produced and starred in. Summoned to New York after his sister attempts suicide, Tom Wingo (Cape Fear’s NICK NOLTE) must serve as her memory, reckoning with the traumas of their southern childhood so that her psychiatrist, Dr. Susan Lowenstein (Streisand), can help her recover. But Tom’s sessions with Lowenstein will plunge him into the depths of his own long-repressed pain—and reawaken the possibility of love within him. Nominated for seven Academy Awards, including best picture and best actor for Nolte’s soulful performance, The Prince of Tides is a life-affirming tale of healing and renewal from a triple-threat filmmaker with a keen and humane insight into her characters’ sorrows, joys, and yearnings. 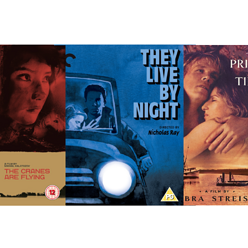