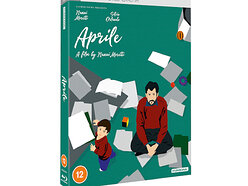 Win a copy of Aprile on Blu-ray

STUDIOCANAL is delighted to announce the release of two newly restored films from the highly acclaimed writer, director and actor, Nanni Moretti. Debuting on UK Blu-ray for the first time, APRILE (1998) and, the Palme D’or winning, THE SON’S ROOM (La Stanza del Figlio, 2001) will be available to own from November 23. These stunning new restorations will also be available on DVD and Digital and are a welcome addition to the growing Vintage World Cinema Collection. These new restoration and digitisations were carried out in partnership with STUDIOCANAL and with the support of the CNC.

Born in 1953, NANNI MORETTI is a multi-disciplined award-winning filmmaker and a lifelong resident of Rome. Claiming that he is not a film director in the traditional sense, rather a man who makes a film when he has something to say, Moretti began his relationship with film after finishing high school when he sold his stamp collection to fund his first super8 camera. Having learnt his craft by shooting home-made short films with his friends, his professional movie-making career began in earnest in 1976 with the release of his debut feature Sono un Autarchico (I am Self-Sufficient).

Moretti has gained international acclaim as a writer, director, producer and actor who frequently stars in his films along with members of his family. Throughout a career spanning over a quarter of a century, 26 films and countless awards including the prestigious Palme D’or for The Son’s Room, Moretti continues to be a prolific and independent filmmaker whose work continues to blend trenchant social commentary with a humour and lightness of touch.

Nanni Moretti’s semi-autobiographical and humorous account of his experiences in fatherhood was nominated for a Palme D’or on its release in 1998. Beginning when his wife Silvia (played by Moretti’s actual wife, Silvia Nono) announces her pregnancy, family, work and politics mingle in a charming light-hearted tale with a large helping of irony and humour.

Following the general election of 1994, won by the centre-right coalition led by Silvio Berlusconi, Moretti is encouraged by a journalist friend to make a documentary about the current political situation in Italy.

Two years pass, another election is held, and he has still made no progress with his documentary. He starts another project (a musical about a Trotskyist pastry chef in the 1950’S) but becomes disillusioned and increasingly distracted by the pregnancy. When his son Pietro is born and the centre-left coalition Ulivo wins the election, he continues to try to shoot his documentary, but with the film remaining unfinished he must learn to stop hesitating in order to complete his passion project. 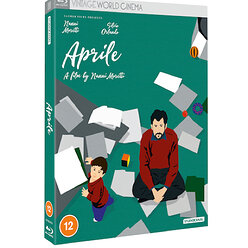