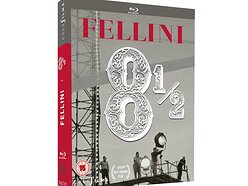 Win a copy of 8½ on Blu-ray
Competition Discussion
This competition has now ended. The winners will be announced here shortly.
Born on 20 January 1920, this month marks the centenary of Italian director Federico Fellini, one of the most original creative minds of the twentieth century. To celebrate this landmark, the director’s incredible body of work is being appraised across the United Kingdom with a series of events and theatrical releases of his greatest works.

On this 100-year anniversary, CultFilms is proud to present a new Blu-ray release, giving audiences the opportunity to revisit and rediscover one of his most influential films in sparkling restorations. To celebrate the release we are giving YOU a chance to win a copy of 8½ on Blu-Ray™.

Regarded as one of the greatest films of all time, Federico Fellini’s landmark 8 ½ is the story of filmmaker Guido (played by long-time Fellini collaborator Marcello Mastroianni) who, embarking on his next film, discovers he has director’s block. Hassled by his producers, his wife (Anouk Aimée) and his mistress (Sandra Milo), Guido retreats into a world of memories, dreams and fantasies - personified by a heavenly beauty (Claudia Cardinale) - to escape his tormentors.

Following its release in 1963, 8 ½ won two Oscars including Best Foreign Film and has stood the test of time with the BFI ranking it the twelfth best film ever. To celebrate the centenary of the master director’s birth, CultFilms are proud to release his most cherished work in a ravishing new 2K restoration.

CultFilms presents 8 ½ on Blu-ray 3 February. It can be purchased HERE.
© 2020 Cult Films All Rights Reserved 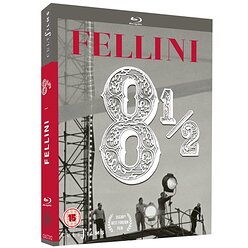