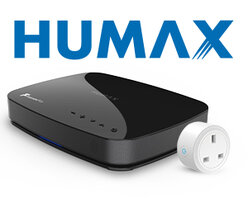 Win a Humax 2TB AURA 4K Freeview Play Recorder and Wi-Fi Smart Plug bundle
Competition Discussion
Sorry, but you are not eligible to enter this competition. You do not have the necessary permission to enter competitions.
You are a member of user group(s): Member - 0 - Unregistered / Unconfirmed.
The winner will be announced here after the closing date on Wednesday August 24, 2022.
Whether you want to watch your favourite TV shows in stunning 4K, binge on the latest must-see box sets, or download recordings to watch on the go, the Humax AURA 4K Freeview Play Recorder has it all covered.

AURA is built for even the most demanding of TV enthusiasts and designed to live at the heart of your home entertainment. Access thousands of apps including Amazon Prime Video, Disney+ and BT Sport, Apple TV, Spotify, Paramount Plus and Now, and choose from a huge array of exciting content through all your favourite on demand players, such as BBC iPlayer, ITV Hub, My5 and All 4. With 4K HDR10 support, Dolby Audio and a lightning-fast quad-core processor, AURA takes performance to a whole new level. It’s the most impressive Humax recorder yet and has been recognised by AV Forums with an Editor’s Choice Award. Powered by Android TV, AURA integrates seamlessly with your smart home system with the help of Google Assistant. Use your voice to search what’s on now, change channels, record a show, open apps, turn up the volume, dim the lights and more. Just ask Google.

Catering for even the most avid viewers, AURA lets you record up to four programmes at once, while watching a fifth, and its huge hard drive has enormous capacity to capture your favourite series, sporting events, movies and shows to watch whenever you like. You can also download content to your phone to catch up on at your leisure, using the dedicated AURA app. There’s even a separate Kids’ Zone to keep the youngest members of the family entertained for hours.

As part of our prize bundle, we are also including the brand new Humax Wi-Fi Smart Plug. Designed to make managing appliances and devices simple and safe, the Wi-Fi Smart Plug also lets you track your energy consumption each day. Compatible with Amazon Alexa and Google Assistant, the Humax Wi-Fi Smart Plug can be controlled with your voice, making it easy to switch devices on and off remotely. You can also set timers and schedules, so you’ll never forget to shut down important appliances before leaving the house.

The Humax Wi-Fi Smart Plug works with both Wi-Fi (2.4Ghz) and Bluetooth connections, without the need for a home hub. When paired with the dedicated Humax Smart Living app, you can create personalised schedules to automate lights, heaters and other devices to function at fixed times to fit your daily routine.

Each smart plug features a built-in energy monitor to check power consumption of plugged-in electrical devices, and help cut down on energy bills. Integrating seamlessly with the Humax AURA 4K Freeview Play recorder, the Humax Wi-Fi Smart Plug can be connected to the Google Home smart home system, enabling the plug to be operated via the AURA remote control. Last but not least, the Humax Wi-Fi Smart Plug is compatible with IFTTT, so you can create useful smart home sequences, such as switching on a lamp if a smart doorbell or camera picks up an unexpected visitor at night.

Discover more about Humax AURA and the Wi-Fi Smart Plug at www.humaxdirect.co.uk

Additional subscriptions and apps may be required to enable certain features on AURA. Full details can be found at https://uk.humaxdigital.com/product/aura-uhd-android-tv-recorder/ 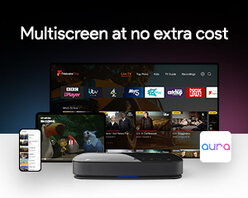 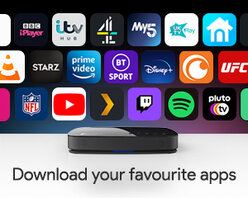 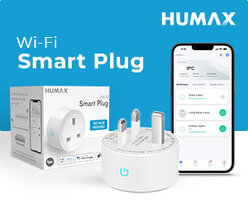 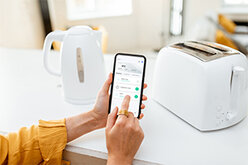