Which projector technology is best for you?

Acronym alert! What do they all mean and which is best for you? 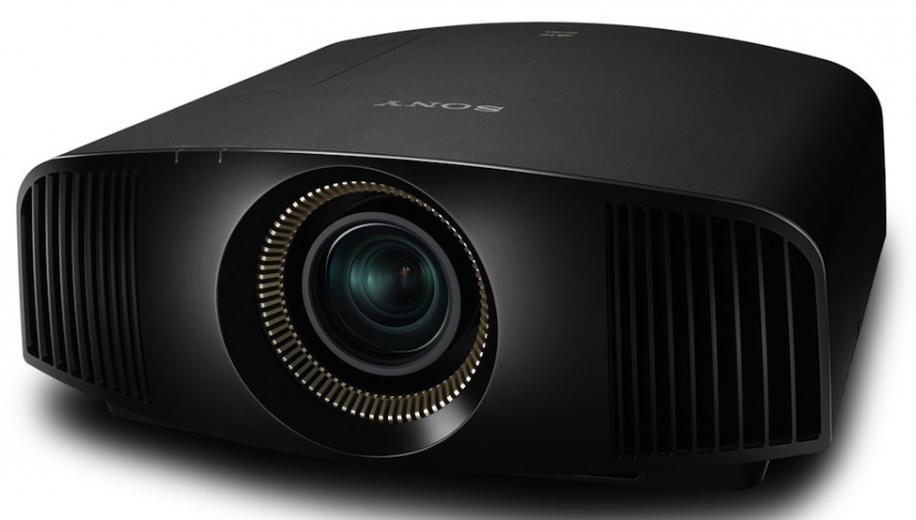 DLP, LCD, D-ILA, SXRD, LCoS and LCoQ - how exactly do these different projector technologies work and which one is best for you?
There's nothing worse than being presented with a host of different acronyms and when it comes to projectors there's quite a few. However once you realise that some are related, you can quickly reduce the number of technologies down to two basic ways of producing a projected image. The first is transmissive which involves projecting light through a panel, which is essentially the same as an old film projector where the light was passed through a strip of film, and the other is reflective which involves reflecting the light off a panel. Along with these two primary methods, there is also a third approach that is a combination of transmissive and reflective. We've already given you some ideas on the best projector for you in our previous article and now we'll explain each of the different projector technologies, highlighting their strengths and weaknesses. A DLP projector is reflective and uses a Digital Micromirror Device (DMD) that is essentially a semi-conductor chip on which there are millions of microscopically small mirrors, each representing a pixel. The actual number of mirrors will be determined by the resolution of the projector but for Full HD it's just over two million (1920 x 1080). Light is shone on the DMD and each mirror is rapidly repositioned to either reflect the light through the lens or away to a heat sink. By rapidly toggling the mirrors on and off the projector creates an image but to add colour there are two approaches, depending on whether the projector is a single- or three-chip model.

For a single chip DLP projector, white light is shone through a colour wheel that is composed of red, green and blue segments. As the colour wheel spins the three primary colours are reflected off the DMD and combined by the eye to create a single colour image. This approach keeps the projector small and cheap but the downside is that some people can see colour fringing caused by the colour wheel, a phenomenon that is often referred to as the 'rainbow effect'. To try and mitigate this, modern single-chip DLP projectors use more segments and faster spinning colour wheels but the reality is that some people will see them whilst others will be unaware of the problem.

The advantage of a single-chip DLP projector is that it can be very cheap, providing everyone with an opportunity to have big screen viewing at home but, aside from the possibility of the rainbow effect, the colour wheel itself can often make an annoying high pitched sound as it spins around. The alternative is to buy a three-chip DLP projector which eliminates the need for a colour wheel but, due to the complexities in making them, this kind of projector is very expensive. Regardless of which DLP projector you choose they all have the advantage of a sealed light path, so they won't suffer from dust blobs, and fast response times that result in excellent motion handling. They are also bright but the black levels can be poor and often aren't much better than LCD projectors.

At present BenQ, Optoma, Digital Projection and Sim2 are all major proponents of DLP projectors.
There are two main types of projection technology - transmissive and reflective.

An LCD projector is transmissive and essentially works by passing light through a liquid crystal panel. The individual pixels in the panel can be opened to let light through or closed to block it out. In general an LCD projector will use a metal-halide lamp to produce white light that is then passed through a prism to break it down into red, green and blue light (the three primary colour components of a video signal) which are then passed through three separate panels to produce the image. The benefit of using three separate panels is that you avoid the colour fringing (rainbow) artefacts caused by a colour wheel, although you can sometimes have alignment issues depending on the projector's build quality.

LCD projectors can be quite bright and relatively inexpensive and, on the whole, they can produce very good images but they do have a number of weaknesses. First of all, due to the nature of the technology the light path can't be sealed, so over time dust and other debris can get into the optics causing 'dust blobs'. Secondly the gap between each pixel is bigger than on other projection technologies, so the larger the image the more obvious these gaps become, this is sometimes referred to as the 'chicken wire' effect. Finally because the light is being passed through the panel and the pixels can't completely block out all the light, this type of projector struggles to produce deep blacks.

At present Epson are the main proponent of LCD projectors, although in the past Panasonic have also made LCD models. A D-ILA projector uses a variation of Liquid Crystal on Silicon (LCoS) which is a reflective technology that combines a liquid crystal layer on top of a silicon backplane. D-ILA is JVC's proprietary version of LCoS and has been successfully implemented in all their projectors since the HD1. The benefit of their approach is that, like an LCD projector, the white light is split into the three primary colours which are reflected off an LCD panel with a reflective layer.

This means that you avoid the need for a colour wheel, thus eliminating the rainbow artefacts found on single-chip DLP projectors. The reflective nature also means that the blacks are better and the gaps between the pixels are much smaller, so even when projecting a large image the pixel structure is less obvious. The light path is sealed so D-ILA projectors don’t suffer from dust blobs but because they essentially use LCD technology the motion handling isn’t as good as DLP projectors.

D-ILA and SXRD projectors use LCoS, which is a combination of transmissive and reflective technology.

An SXRD projector is another variation on Liquid Crystal on Silicon (LCoS) technology which also uses a liquid crystal layer on top of a reflective silicon backplane. SXRD is Sony's name for their proprietary version of LCoS and was first introduced on their projectors with the Qualia and has been used ever since. An SXRD projector has the same benefits as LCD and D-ILA, with white light is split into the three primary colours which are reflected off a silicon layer and through an LCD panel.

As with LCD and D-ILA, the three-chip approach of SXRD eliminates the need for a colour wheel and so doesn't suffer from any of the rainbow artefacts that plague single-chip DLP projectors. The reflective nature of the technology also means that SXRD is capable of superior blacks to LCD but not quite as good as D-ILA. The gaps between the pixels are also much smaller than on an LCD projector, allowing you to project a large image without the pixel structure becoming apparent. The nature of SXRD technology means that the projectors can use a sealed light path, so they don’t suffer from dust blobs. However, like D-ILA they still use LCD technology, so the motion handling is inferior to that of DLP projectors.

Liquid Crystal on Quartz is Epson's version of the LCoS technology used by JVC and Sony.

Liquid Crystal on Quartz, as the name might suggest, uses a variation of Liquid Crystal on Silicon (LCoS) that was developed by Epson. It's still a reflective technology that uses a liquid crystal layer on top of a reflective backplane but instead of silicon the backplane is composed of quartz. LCoQ is proprietary to Epson and was first used on their new LS10000 laser projector. Unlike lamp-based projectors, Epson's latest projector uses two lasers to create the three primary colours which are then reflected off an LCD panel with a reflective quartz layer.

Once again by creating three beams of light (red, green and blue) that shine through three panels, there is no need for a colour wheel and thus none of the associated issues with rainbow artefacts. This reflective approach also means that like D-ILA and SXRD, LCoQ can deliver blacks that are superior to an LCD or DLP projector. As with D-ILA and SXRD the spaces between the pixels are much smaller, allowing you to project very large images before the pixel structure is visible. The laser light path is also sealed so LCoQ projectors aren't affected by problems like dust blobs. They since they use a variation on LCD technology, like D-ILA and SXRD the motion handling isn’t as effective as it is on DLP projectors.

Hopefully this article has helped explain what all the different projector technologies are and how they work. Now that you know the strengths and weaknesses of each, it should help you decide which might be best for you. Of course the real test is to actually demo any projector that you're thinking of buying and see for yourself. This is especially true of DLP projectors where you might suffer from rainbows, so make sure that isn't the case before buying one.

Unfortunately when it comes to projectors there isn't just a choice of technologies, so even after deciding on the type that best suits you there's still a choice of different light sources these days. In our next article we'll explain how these light sources work and why they form a vital part of your projector.
To comment on what you've read here, click the Discussion tab and post a reply.
Article Discussion (4)