What will make you buy a 4K Ultra HD TV?

Will the manufacturers get the sales and profits boosts they want from Ultra HD? 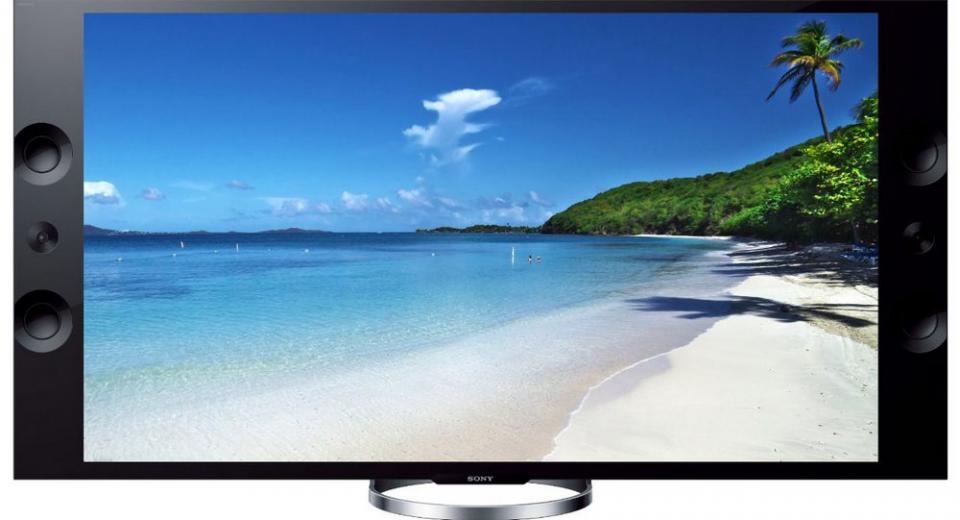 There’s probably never been a more interesting time to follow the TV industry.

Technologically speaking we are at a crossroads. What we’ve come to know as Full HD is rapidly becoming yesterday’s news and Ultra HD (4K) is all the manufacturers really want to talk about. Plasma technology is all but extinct and much of the videophile community are pinning their hopes on OLED, 4K or not.

Quite how it’s all going to pan out remains up in the air but it’s clear from the vast majority of balance sheets published by the manufacturers that the industry needs a shot in the arm and for the foreseeable future, as far as they are concerned, it's 4K.

Global TV sales were disappointing in 2013. Revenues were down by 4%, whilst shipments fell back 2.6% from 2012. But, according to industry analysts Futuresource Consulting, the market is looking rosier, going in to 2014, and the slump is set to be reversed.

The flat panel market reached saturation levels in the developed countries some time ago and the various switchovers, across the world, from analogue to digital transmissions have slowed down in pace, which both contributed to the drop in sales last year.

The flat-panel TV market is saturated in developed markets
The industry fared better in the more emerging territories with the Chinese, Latin American, Middle Eastern and African markets all showing some growth. However the industry really needs strong performance from the Western and Japanese marketplaces – traditionally the major drivers for new technologies – in order to show a decent profit.

We’ve seen the Japanese manufacturers, in particular, performing major reconstructive surgery to the TV businesses in an attempt to thrive and survive. Sony made their's a wholly owned subsidiary of the parent company, signalling the end of their Bravia TV range being a focus of the main business and, at the same time, abdicating the unprofitable low and mid-end sectors of the market in favour of the high-end. Which, of course, now mostly means 4K. Panasonic also recently made some major changes to their TV division. The most dramatic of these was to shelve manufacturing of Plasma TV, altogether, but probably just as significant was their decision to largely rely on outsourced panels, going forwards. Like just about everyone else, Panasonic are seeking to maximise profitability and 4K is obviously one area where they have a chance to do so.

It’s all about higher margins for both panel makers and TV vendors and though the demand for Ultra HD TVs is only set to comprise 5% of the global market in 2014, Futuresource forecasts it will make up as much of 42% of it by 2018. At the back end of 2013, Futuresource were predicting 4K TVs would be around 26% of the market in 2017 so they clearly see four years hence, as the year Ultra HD really breaks through.

We have to factor in the likelihood that, by that time, the proportion of TVs carrying a resolution of 3840 x 2160, versus those with a 1920 x 1080 pixel count will have increased dramatically however, so it might well be that those buying in to the new tech are doing so as part of the natural upgrade cycle, rather than the fact they have an active desire for 4K.

Will 4K stimulate purchases ahead of usual upgrade cycles?
There is precious little content, right now, to stimulate demand but Netflix 4K streaming is now live for those with capable equipment, and internet connections. Sony will also use the upcoming World Cup as a launch pad for their 4K offering and are set to play a major part in capturing some of the games in Ultra HD resolution. A special 4K World Cup film will be released via streaming services some time after.

In the interim period, whilst we await a decent catalogue of 4K content, the manufacturers are hoping that the Ultra HD TVs’ ability to scale content to the full pixel count – along with those rapidly eroding prices – will be a major selling point. From our standpoint, it’s just a by-product and a completely necessary function of the TV but the marketing departments will highlight any positive they can and, besides, enough of the public bought upscaling DVD players, when the flat panel market began to boom to suggest some will be taken in. In our experience, with the 4K TVs we’ve reviewed (10 and counting), the scaling has generally been very good but, when on-screen action starts to move, the lack of native resolution shows up far more readily.

The prospects of native UHD, other than via streaming services, are looking mixed at the moment. The stony silence over a 4K Blu-ray disc format remains unbroken since a few noises came out of the BDA (Blu-ray Disc Association) at the beginning of 2014. We are told that all the pieces are in place, as far as actually making the players and fabricating the discs, but unless the major studios get behind the idea, it’s dead in the water as a viable medium. We can certainly understand the content providers wanting to protect their material. There’s not a disc format created that hasn’t been cracked and pirated yet and, effectively, they would be putting out studio masters into the public domain that could potentially be copied. We’ve not yet spent extended, in-home, time with 4K Netflix yet (that’s happening next week) but the thought has to be that it can’t possibly be as good as a full-fat disc format with minimal compression.

The longer picture shows us that the UK will have a decent 4G infrastructure by the time 4K TVs are anything like a mainstream product, and that might be the means by which those not able to receive a sufficiently speedy broadband connection can get in on the 'Resolution Revolution'. But, whilst Over the Top (OTT) services are assuredly on the up, conventional broadcast TV is still the means by which most consume their content and we’re some ways off streaming being the norm.

Like the rest of the industry, those involved with the broadcast chain have been in fairly feverish action, of late, as they gear up to deliver the increased resolution. There’s no foreseeable opportunity for it to be delivered over-the-air at the moment, however, and it will be via satellite and cable services where we’ll first get a chance to assess its worth. We’ll go back to the issue of compression again here, however, and whilst we’ll welcome any improvements over the current quality of broadcast HD, is there any point delivering 4K at a standard well below its potential? A potential we may never fully realise if a physical format isn’t adopted.

But that’s talk for the videophile community really and as long as the content has the Ultra HD stamp on it – by whichever means it’s delivered – that might be enough for most. Provided they can be convinced there is a tangible benefit in upgrading their TVs in the first instance, that is. The marketing campaigns have begun to emerge but the slightly fractured nature of them might not do the cause any favours. The two most successful manufacturers in the 4K market, thus far, have been Samsung and Sony. Despite the CEA (Consumer Electronics Association) advices, Sony continues to splash 4K as the de facto term all over its marketing materials, whist Samsung, and others, are more dutifully towing the Ultra HD line. That said, they are both pushing the message of 4 times the resolution of Full HD so we guess the point should get across.

One thing that definitely points in favour of 4K TVs establishing a considerable foothold is the trend for larger and larger TVs being purchased. Sony projects that sales of their 55-inch+ TVs will increase by more than 50 percent over the 2012 figures and that’s about the minimum screen size we’d suggest is realistic for consumers to see any benefit from Ultra HD, over 1080p, at ‘normal’ viewing distances.

But the question we’re really asking is, will the everyday consumer be enticed to upgrade ahead of their usual cycle by the promise of 4K? And, if so, what will stimulate that desire?

We’ll bat the question(s) out to you in another way. What will be the tipping point for you to decide that you can no longer resist?
Maybe it will simply be price dependent and you’ll take the plunge once the cost of a new 4K TV is within your budget?
Perhaps you’re just waiting for more native Ultra HD content to be made available, or at least announced?

It could be that your reasons are more fundamentally related to the panel technology. Is it that LED/LCD doesn’t cut it for you and you’re waiting on 4K OLED. You might even be wary that the standards for Ultra HD might metamorphosize in to something beyond the capabilities of the current panels.

Or, perish the thought, could it be that you simply don’t see any benefit to Ultra HD over Full HD in the home environment?
In reality, we suspect that many of you will have multiple reasons for holding back but, whatever they are, we’d love to have your thoughts in the comments section below.