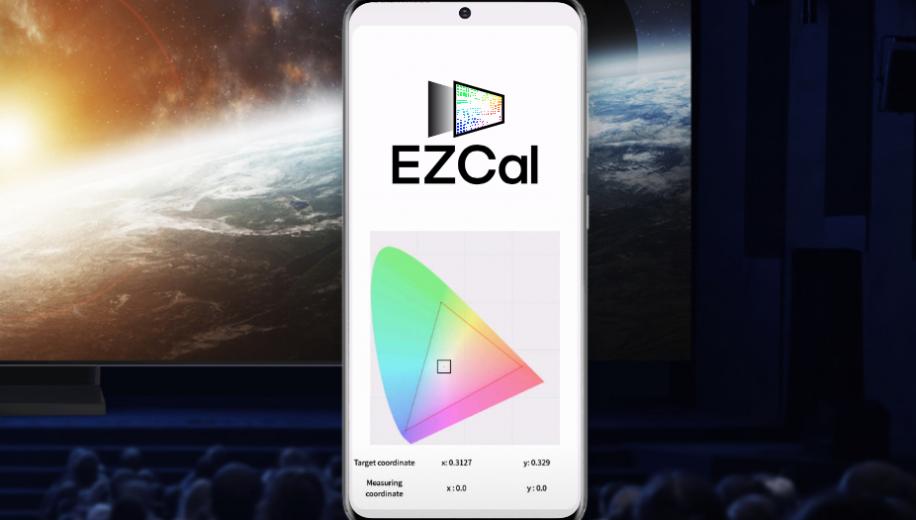 Whether they're called Movie, Cinema or Filmmaker Modes, the calibrated presets on modern TVs are often surprisingly accurate.

However, the variables associated with any mass-produced product means there's always room for improvement. You could get a professional calibration to perfect your image, but this can be expensive. Alternatively you could buy your own video pattern generator, colour meter and calibration software, but that's even more expensive than hiring a professional calibrator, and requires a degree of specialist knowledge, training and experience.

These days CalMan, in conjunction with all the major TV manufacturers, offers an auto-calibration feature in its industry-leading software, and some of the supporting TVs even include built-in pattern generators, but you still need to buy the software licence and a colour meter, which once again can become costly.

But what if there was a calibration option that simply used a device you've already got in your pocket? This is what one of Samsung's TV engineers thought to himself, and with the support of the Korean giant he set about developing an automated calibration solution based around a mobile phone app that uses the device's built-in camera. The fruits of these labours is a new app called EzCal, and while not available yet, it could revolutionise TV calibration in the near future.

So how does EzCal work? All you need to do is install the app on your phone, Samsung Galaxy or Apple iPhone, and then follow the instructions on the screen. The phone connects with the supporting Samsung TV via Wi-Fi, and the intuitive interface allows uses to calibrate their Samsung TV's Movie mode with a few swipes of their smartphone's screen. The app takes you through the calibration process step-by-step, representing the measurements via a concise graphical interface based on the standard CIE chart.

The trick to getting EzCal to work, was figuring out how to translate the RGB measurements made by the phone's camera into the correct xyz coordinates needed for calibration. Once the algorithm had been developed, Samsung was surprised to discover how accurate measurements made with a smartphone camera actually were. So good in fact that the app calibrates to a DeltaE (error) target of 0.5, which is impressive when you consider the visible threshold is three.

When instructed, you hold the phone's camera within the zone displayed on the TV screen, and the app measures the greyscale, gamma and colour gamut. It then calibrates the TV using its built-in white balance and colour management controls, depending on which of the three calibration modes you select – Quick Mode, Basic Mode, or Professional Mode. There is an option to look at the before and after results of the calibration and, once you accept it, the app changes the picture settings in the TV's menu.

The Quick Mode only takes 30 seconds and simply calibrates the greyscale using the two-point white balance control. This might not sound like much, but the greyscale is the backbone of any accurate picture. On a Samsung TV, the two-point white balance control is usually enough to get a very accurate greyscale, and when combined with the TV's BT.1886 gamma setting and auto colour space the results should be fairly impressive after just 30 seconds with your phone.

The Basic Mode takes three minutes, and for this option Samsung recommend using a tripod to hold the phone in place for that length of time. This mode calibrates the greyscale using the 20-point white balance control, and also calibrates the gamma to BT.1886. This will give you a very accurate picture with the colour space control set to auto.

The Professional Mode takes 15 minutes, is aimed at more knowledgable users, and calibrates the greyscale using the 20-point white balance controls, the gamma to BT.1886, the greyscale linearity, and the colour gamut to BT.709. This is for SDR, but you can also use the Professional Mode to calibrate HDR to match the PQ EOTF and DCI-P3 within BT.2020. The Pro Mode will also offer other features like choosing between a gamma target of 2.2 or BT.1886, choosing the peak brightness in lumens, and selecting different pattern sizes.

The app also uses the phone to measure the ambient light in the room, so if you're planning to calibrate the Movie mode as a nighttime setting you need to turn off all the lights for the best results. It would be great if the finished app not only allows you to calibrate for SDR and HDR, but also allows you to create calibrated day and night settings for SDR.

The live demonstration we received was actually the first anywhere in the world, and during it the app worked flawlessly running the Quick and Basic Modes. Using the before and after comparison feature, it was obvious the calibrated picture looked more accurate after the EzCal process. While the app is still in its development stage, it did appear to be almost ready for release after some last-minute fine tuning.

Although Samsung has yet to announce when the app will be released, later this year is a real possibility. Samsung also hasn't mentioned which TVs will support the app, but presumably higher-end models from 2021, and possibly some of the 2020 models as well. Samsung also hasn't mentioned if the app will be free, and exactly which smartphones will support it, but it's good news that there will be an iOS version as well as an Android one.

The EzCal app certainly has the potential to be a very useful feature in the near future, helping to promote the concept of calibration and accurate picture modes, while also allowing owners to calibrate their own TVs with an easy-to-use smartphone app. Needless to say, once the EzCal app is released, here at AVForums we'll test the results of the feature against a manual calibration and find out just how effective and accurate it really is.