What is Hybrid Log-Gamma (HLG)? 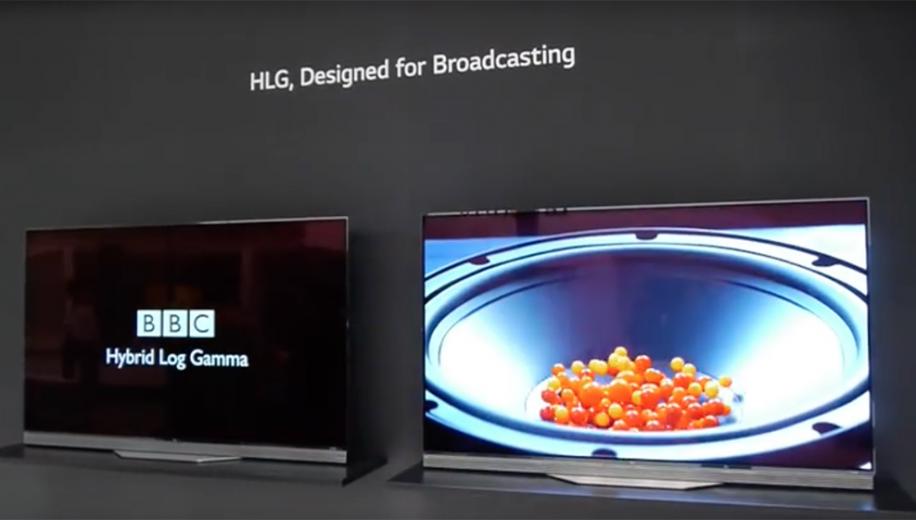 The arrival of High Dynamic Range (HDR) is set to revolutionise TV over the next few years.
Whilst delivery of HDR, whether it's HDR 10 or Dolby Vision, has already been largely formalised for streaming services and Ultra HD Blu-ray, the same is not true when it comes to broadcast TV. The various television standards bodies such as the ITU, SMPTE and the EBU are still busy creating a vision for the future of TV broadcasting. This vision has already been laid out in the ITU-R Recommendation BT.2100, which is more commonly known at BT.2100 or Rec. 2100. This defines various aspects of future TV broadcasting such as resolution (from 1080p to 8K), bit depth (10- or 12-bits), High Frame Rate (up to 120p) and colour gamut (Rec. 2020). The recommendations also include High Dynamic Range and this is where Hybrid Log-Gamma comes in.

In the case of the HDR the actual method of delivery is important because it needs to be backwards compatible, allowing viewers with supporting TVs to enjoy the benefits of HDR, whilst not adversely affecting those with older TVs. There are a number of different approaches, including technologies by both Technicolor and Dolby. However the current front runner is Hybrid Log-Gamma (HLG) a version of HDR that was jointly developed by NHK and the BBC. HLG has a number of advantages but the main ones are that it is royalty-free and compatible with Standard Dynamic Range (SDR) displays.

Hybrid Log-Gamma archives this backwards compatibility by combining two different curves to create a third curve. This hybrid curve is composed of a traditional gamma curve, which has been used for decades, for the lower or darker part of the signal and a logarithmic curve for the higher or brighter part of the signal. What this basically means is that blacks remain black on SDR TVs rather than being washed out due to the higher dynamic range but those with compatible HDR TVs can also benefit from the increased detail in the brighter parts of the image. Unlike other forms of HDR, HLG does not use metadata, which means it is compatible with both SDR and HDR TVs and it can be used on displays with differing levels of peak brightness and in a wide range of viewing environments.


MORE: What is Ultra HD Blu-ray?

Hybrid Log-Gamma was jointly developed by NHK and the BBC, it's royalty-free and backwards compatible
In more technical terms, HLG defines a nonlinear electro-optical transfer function (EOTF) in which the lower half of the signal values use a conventional linear gamma curve and the upper half of the signal values use a logarithmic curve. The signal value of 0.5 represents the reference white level, whilst the signal value of 1 represents a peak brightness level that is 12 times higher. The dynamic range of a conventional linear gamma curve, as used by the Rec. 601 and Rec. 709 standards, was designed to reflect the limitations of older television technology and no longer applies to modern equipment. HLG is supported in Rec. 2100 with a nominal peak luminance of 1,000 nits and a system gamma value that can be adjusted depending on background luminance.

To reflect these developments in TV broadcasting standards, the TV manufacturers are already beginning to add HLG to their next generation models. The HDR TVs that are launched next year will include HLG as a matter of course and the good news is that many manufacturers at this year's IFA show were suggesting that HLG support could be added to their existing HDR TVs and projectors via a firmware update. HLG doesn't use a flag over HDMI, so some display devices such as projector may require you to manually select the HLG curve when watching HLG encoded content. However TVs with built-in apps appear to be able to detect the HLG content and select the appropriate curve automatically. The BBC recently launched Blue Planet II in 4K and HLG on the iPlayer and when watching the series on an LG B7 the TV automatically went into the appropriate HDR mode.

There were plenty of demonstrations of HLG at IFA, with LG, Samsung and Panasonic all demonstrating this backwards compatible version of HDR. If you're wondering what benefits HDR has to offer when watching broadcast TV, just think of a football match being played in the afternoon with bright sunlight. We've all watched TV broadcasts of live games where as players run into the parts of the pitch in shadow the camera operator has to adjust the exposure so the image isn't too dark and then adjust it again as the action moves into a sunlit part of the pitch, so that the brighter images aren't blown out. With High Dynamic Range the TV broadcaster will be able to show the dark and bright parts off the pitch simultaneously, enhancing our enjoyment of the match. Once you add in 4K resolution, 10-bit video, higher frame rates and wider colour gamuts, you realise that the future of broadcast TV is very bright indeed.