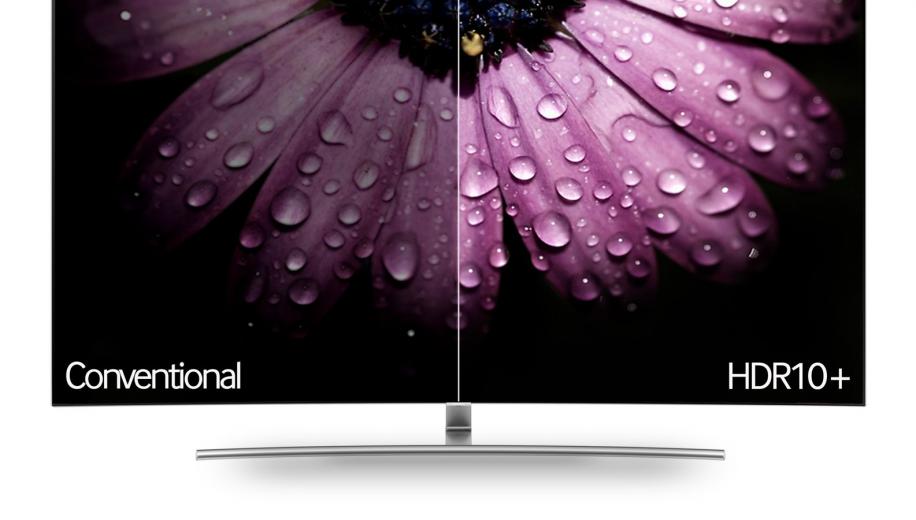 You've probably heard of HDR10, it's the mandatory version of High Dynamic Range and is used on all HDR streaming services, downloads and Ultra HD Blu-rays.
As a result, HDR10 is used by all the content providers and manufacturers that support high dynamic range. However despite being mandatory, HDR10 does have its limitations because it uses static metadata. This means that HDR10 content has a single set of information (metadata) that relates to the entire film, specifically the black level and the peak brightness that define the gamma curve.

These two numbers apply to the entire film but, the actual brightness changes from scene to scene, which can result in a sub-optimal HDR experience. This is especially true of less capable TVs, where they have to translate (tone map) this metadata using a lower peak brightness and smaller colour gamut when compared to how the content was actually graded. The solution to this problem is to use what's called Dynamic Metadata. 
HDR10+ is an open source and royalty-free dynamic metadata platform that has been jointly developed by Samsung, Panasonic and 20th Century Fox. HDR10+ allows content creators to produce HDR content with the full benefits of dynamic metadata, thus enabling TVs to adjust the tone mapping gamma curve on a scene-by-scene basis – unlike HDR10 which uses static metadata and thus can only apply one gamma curve for the entire film.

Dynamically changing the tone mapping curve on a scene-by-scene basis optimises the appearance of the film for the capabilities of the TV, thus delivering a superior HDR viewing experience. Samsung originally announced HDR10+ in conjunction with Amazon but that was based on SMPTE 2094-40, which is an industry standard for dynamic metadata. This new version of HDR10+ is also based on SMPTE 2094-40 but includes enhancements and greater flexibility which is designed to make the technology more appealing to studios and manufacturers.

How does Dynamic Metadata work?


HDR10+ uses dynamic metadata for the black level and peak brightness, which allows the technology to apply a different tone mapping curve from scene to scene. In HDR10 material, static metadata and tone mapping applies the same contrast, gradation, brightness and colour enhancement across an entire piece of content. However with HDR10+, the use of dynamic metadata with tone mapping means that every scene can be individually colour optimised for a particular TV, thus ensuring a better HDR experience that better matches the content creators' original intentions.

Who is supporting HDR10+


At the moment the main supporters of HDR10+ are Samsung, Panasonic and 20th Century Fox, who have formed a partnership to develop and promote HDR10+ through a certification and logo programme. The three companies have created a licensing entity to standardise and formalise the licensing process and thus attract new partners such as content providers and consumer electronics companies.

In addition to Samsung and Panasonic, Philips, Hisense and TCL have also publicly declared their intention to use HDR10+. As far as content providers are concerned, the only studios currently supporting HDR10+ are 20th Century Fox and Warner Bros., although we have seen little in terms of content from either of them. Amazon has already begun using HDR10+ on its video streaming service but, as yet, no other service providers have come on board.

Is HDR10+ part of the specifications for 4K Ultra HD Blu-ray Disc?


Yes, HDR10+ was added to the specifications for 4K Ultra HD Blu-ray at the beginning of 2018, and the first 4K discs to use the format were a pair of IMAX Enhanced release. 20th Century Fox also plans to start releasing 4K discs with HDR10+ in early 2019, although no other studio have publicly stated any intention to do so. In terms of players, Samsung, Panasonic, and Oppo make models that support HDR10+. What is Dolby Vision?


Dolby Vision is another version of HDR with dynamic metadata, it is based on the SMPTE 2094-10 industry standard and, in most respects, it is very similar to HDR10+. The main difference is that Dolby Vision is a technology that is proprietary to Dolby and thus uses a closed-source architecture with licensing fees. Dolby Vision uses an HDR10 base layer and adds an additional layer of dynamic metadata, just like HDR10+, but it also uses 12-bit video depth as opposed to the 10-bit video used with HDR10+, and can be delivered over HDMI 1.4 and above.


What are the differences between HDR10+ and Dolby Vision?


As already mentioned, both technologies are based on the same HDR PQ curve with the addition of dynamic metadata but how this is achieved is different. Dolby's technology is a closed-source platform, which means that all TVs have to be tuned and certified centrally by Dolby. Some TV manufacturers are reticent to hand over so much control to Dolby and feel that it stifles innovation.

The open-source nature of HDR10+ means that manufacturers are free to develop the technology themselves, bringing their own expertise to the implementation of dynamic metadata. However others like the Dolby approach which, in the absence of any agreed industry standardisation, at least brings some consistency to the grading, distribution and display of HDR content with dynamic metadata.

The other big difference between HDR10+ and Dolby Vision is that the former is royalty-free, whilst the latter involves the payment of licensing fees to Dolby. Dolby Vision does use 12-bit video depth compared to the 10-bit video used on HDR10+ but it's worth pointing out that there are no 12-bit displays currently available and they aren't expected for a few years yet.

Dolby Vision can be delivered over HDMI 1.4 or higher, while HDR10+ can be delivered using HDMI 2.0. Although HDMI 2.1 supports dynamic metadata, there is enough headroom in HDMI 2.0 to support both Dolby Vision and HDR10+. Now that HDR10+ has been added to the 4K Ultra HD Blu-ray specifications, there are players that support both formats available from Oppo, Panasonic, and Sony. However there are hundreds more Dolby Vision discs available, and only three HDR10+ discs released to date.

Dolby Vision also has greater support when it comes to video streaming with Netflix, Amazon, Vudu and iTunes all supporting the technology whilst only Amazon currently supports HDR10+. The same is true when it comes to studio support, with Sony, Warners, Disney, Universal, Paramount and Lionsgate all offering Dolby Vision content and only 20th Century Fox currently supporting HDR10+. As far as TV manufacturers are concerned, they all support Dolby Vision with the exception of Samsung who only supports HDR10+.
To comment on what you've read here, click the Discussion tab and post a reply.
Share:
Facebook Twitter Reddit Pinterest Tumblr WhatsApp Email Share Link
Article Discussion (68)