What is Freeview Play? 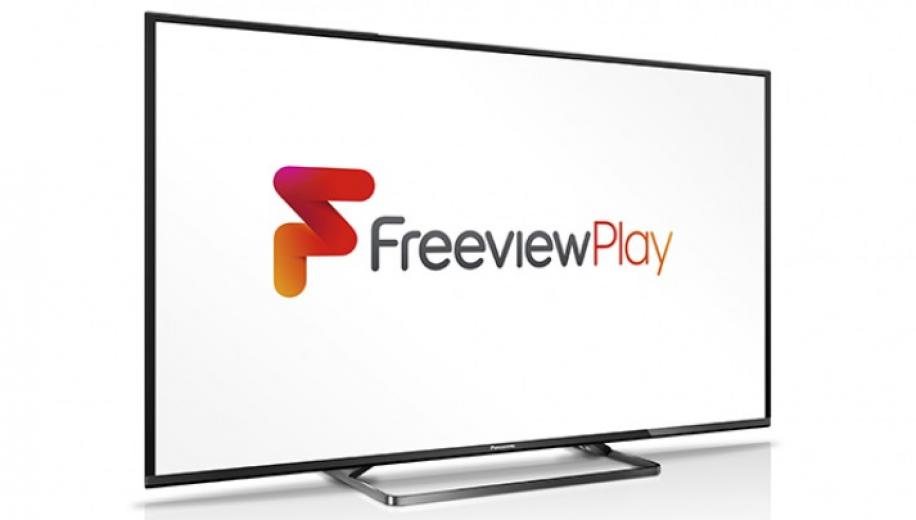 Freeview Play is simply a way of presenting live TV broadcasts alongside catch-up content and services in a, hopefully, easy to use interface.

It can be found in televisions, set-top-boxes and digital recorders. Freeview Play offers around 75 TV channels – up to 14 in HD – and 30 digital radio services, subscription free. Freeview Play first launched in the 2015 range of Panasonic VIERA TVs but more products are being added to the list frequently. To receive Freeview Play you will need a suitable TV or box, an aerial receiving Digital TV transmissions and an internet connection for the catch-up content.

UPDATE 26/04/16: Freeview Play now has much broader manufacturer support with hundreds of models than now come equipped with Freeview Play across manufactures including LG, JVC, Humax, Hisense and Hitachi all on board. In fact, we're told that Freeview Play is included on around a third of the HD TVs currently sold in the UK and moe than 1 million Freeview Play devices have been sold since the platform launched.

Which TV Channels does Freeview Play have?

There are some minor regional variations but the channel selection available on the platform will mirror what you can already receive via your aerial. You can check which channels you should be able to get on the Freeview website here. Freeview covers 95% of the most viewed content in the UK and has 27 of the top 30 most viewed channels. All the channels available from the BBC, ITV, Channel 4 & 5 are there, you also get all those under the UK TV umbrella, including Dave, Yesterday & UK Drama plus a selection of shopping, local interest, children’s channels and more.

Which catch-up and On Demand Services does Freeview Play have?

As a base, your Freeview Play branded device will have the BBC iPlayer, ITV Player, All 4 and Demand 5. Depending on the Smart TV platform your particular Freeview Play device has, you might have access to other on-demand video streaming services and apps. Freeview Play has confirmed Netflix will be coming to the platform early in 2016. Also, in the imminent future, ITV Player will be replaced by the new and improved ITV Hub.

UPDATE 26/04/16: Netflix is now included with the vast majority of Freeview Play devices, as well as Amazon Prime Instant Video and NOW TV.

What features does it have?

Freeview Play doesn’t insist on a completely fixed software platform, so manufacturers can add some features of their own but all Freeview Play devices feature a seven day scroll-back Electronic Programme Guide (EPG); this means you can go forwards and backwards through the guide to plan future viewings/recordings as well as look at what you might have missed. The default catch-up players (see above) are integrated in to the EPG to allow you to directly access content from the past seven days. Freeview Play devices capable of recording programming will offer slightly varying features but, as a minimum, they must conform to the Freeview+ specification. Key features of the Freeview+ feature-set include a minimum of an eight-day EPG, Series Link; the recording of split programming – e.g. when they stick the news on in the middle of a movie - as one programme; the recording of an alternative broadcast when times conflict; EPG schedule changes updated when in standby state and ‘accurate recording,’ where programmes are recorded based on signals sent out from the broadcaster rather than a scheduled time.

Since the Freeview Play specification is based on that of HbbTV (Hybrid broadcast & broadband TV platform) 2.0, it promises some future-proofing with Ultra HD, HTML5 and HEVC (High Efficiency Video Coding) support amongst the headlining features.

Is there an app?

There is currently no dedicated mobile app for Freeview Play but the chances are the individual manufacturers will have one for their particular device. There is a Freeview Guide app – available for iOS and Android - but it offers no special device interaction, e.g. you can’t schedule recordings, but we would be very surprised if Freeview Play didn’t have one of their own before long.

It is difficult not to draw comparisons between these two platforms as they share many of the same intents and features; in fact they also have many of the same backers behind them with a couple of key differences. BT and TalkTalk are part of the YouView group but not of the Freeview Play organisation. It was felt, by some, that both were using the platform to promote sales of their TV, Phone and Internet packages with most sales of YouView boxes carrying either BT or TalkTalk branding. Freeview Play aims to be a more all-encompassing, mass-market platform so it’s highly unlikely you will be able to pick up a Freeview Play box as part of a deal with your telecoms/Internet service provider. Both YouView and Freeview Play offer the major UK catch-up services – BBC iPlayer, All 4, Demand 5 & ITV Player – contained within a scroll-back EPG, as well as in standalone apps, but YouView has a wider choice of catch-up players over all. YouView customers also get access to the UK TV catch-up players including Dave, Yesterday, Really and UK Drama; plus there’s Quest, Milkshake and S4C in addition to pay-TV services from Netflix, NOW TV and Sky Store.

Whilst YouView looks to have the edge in the catch-up regard, at present, the platform is more tightly controlled on the software side so Freeview Play has the potential to be more flexible with recording. For instance, YouView devices are unable to archive recordings to external storage, nor can they be manually set to add time to the beginning or end of recordings or be manually set to record a programme. YouView devices also don’t get the networking capabilities possible with Freeview play and, to date, no YouView device has come with built-in Wi-Fi capability. As ever, it’s a case of weighing up which features are most important to you before deciding which way to go.