As the director intended 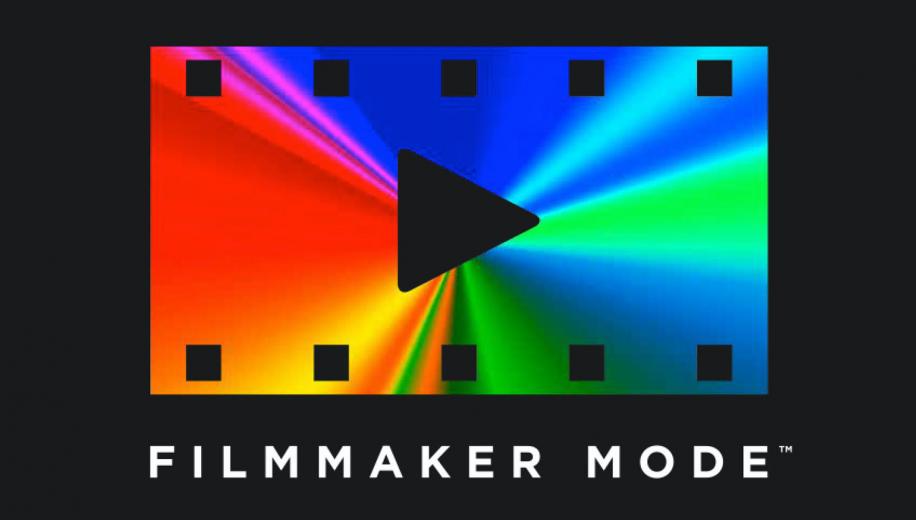 The idea behind Filmmaker Mode is simple: a single picture setting that preserves the content creator's intentions.

The initiative is a collaboration between the Ultra HD Alliance (UHDA), the major Hollywood studios and many consumer electronics companies. It also has the enthusiastic support of a number of heavyweight directors, including Martin Scorsese, Christopher Nolan, Rian Johnson, Paul Thomas Anderson and Christopher McQuarrie.

The idea of a picture setting that preserves the director's intent isn't new, and over the years there have been a number of similar initiatives such as the THX and ISF picture modes. In addition, every manufacturer offers a movie or cinema mode that's designed to match the industry standards as closely as possible.

However, the problem with this approach is immediately obvious: most consumers will have no idea what the THX and ISF modes are for, and every manufacturer has a different name for its most accurate picture setting. Just a quick run through a number of current displays will bring names such as Movie, Cinema, Custom, Professional, Expert and Reference.

There are other issues too, such as the fact that even these more accurate modes often use processing that should really be turned off. The most egregious offender is frame interpolation, but there are plenty of other processing features that can change the original artistic intent of the content creator.

So the idea of a single mode with a name that not only does what it says on the tin but is also adopted by all the TV manufacturers makes perfect sense. It's the latter that's most important, because the major issue with the THX and ISF modes – aside from consumers not understanding their purpose – was that only LG and Panasonic really embraced THX, and they were joined by Philips when it came to ISF picture settings.

To date, Filmmaker Mode has been publicly supported by LG, Panasonic, VIZIO, Philips and Samsung. The latter is particularly important, because not only is Samsung the world's TV manufacturer but it has previously refused to support THX and ISF. That only leaves Sony, who is notoriously bad at playing well with others, as the last major hold-out, although it would be good to see Hisense and TCL join the party. It would also be good to see projector manufacturers adding Filmmaker Mode to their displays.


In order to actually include a Filmmaker Mode on its displays, a manufacturer needs to create a setting that adheres to the industry standards. In the case of standard dynamic range (SDR) content that means a white point which corresponds to D65, a colour gamut that matches Rec.709 and a peak brightness of 100nits. In addition, all post-processing must be turned off, and the correct frame rates and aspect ratios preserved.

Related: What are the industry standards?

The frame rate is a particular bugbear with directors, all of whom hate seeing frame interpolation applied to their movies. Almost every film (with a few recent exceptions) is shot at 24 frames a second, regardless of whether its photographed on physical film or digitally. In order to retain that film-like motion a movie must be displayed at 24 or 48 frames a second. In the case of the latter, each frame is repeated to reduce flicker and judder, and this is actually how films are projected at the cinema.

Frame interpolation or motion smoothing is different, it doesn't just repeat frames but actually inserts new ones by interpolating frames based on the one before and the one after. This educated guessing can be very effective when it comes to fast-paced sports, helping to make the action clearer. However, when applied to movies or TV dramas, which are often shot like movies, the result is a smoothed motion that makes expensive Hollywood blockbusters look like cheap video (the so-called 'soap opera effect').

The correct aspect ratio is fairly obvious, so 1.33:1 content has black bars at the sides, 1.78:1 and 1.85:1 basically fills the entire screen and anything wider (ranging from 2.00:1 to 2.76:1) has black bars at the top and bottom. This should hopefully avoid the situation where something wider than 1.78:1/1.85:1 loses picture at the sides, or a 1.33:1 image is anamorphically squeezed and everyone in the film looks like they're four foot tall and 200lbs heavier!

In terms of post-processing, a manufacturer must turn it all off, unless it can prove to the UHDA's satisfaction that a particular feature doesn't adversely affect the creative intent. There's also some wiggle room when it comes to brightness because, while SDR grading uses a blacked-out room with some bias light behind the screen, most domestic environments are very different.

In fact, Panasonic is introducing what it calls Filmmaker Mode with Intelligent Sensing, where the TV has a light sensor that allows it to adjust the image in a way that retains the creative intent but also compensates for ambient light in the room. This kind of approach was frowned upon in the past, where the changes were often crude, but modern implementations are more sophisticated, allowing viewers in well-lit living rooms to see all the details the content creator intended, even in very dark scenes.

When it comes to high dynamic range (HDR), Filmmaker Mode can be applied to HDR10, HDR10+ and Hybrid Log-Gamma (HLG) content. It won't apply to Dolby Vision, because that's a closed end-to-end ecosystem already designed to preserve the content creator's intent.

The same basic approach applies to HDR as it does for SDR, with the mode adhering to the industry standards for D65 and wide colour gamut (DCI-P3/Rec.2020), turning off any post-processing, and using the correct frame rates and aspect ratios. The major difference when it comes to HDR is in the application of HDR tone mapping, where manufacturers will be required to adhere to the standard PQ curve (ST.2084) as closely as possible.

Once again there will probably be some latitude here, with manufacturers using tone mapping that best suits the capabilities of their specific displays. The main requirement is that the creative intent is preserved as closely as possible, while allowing for the reality of displaying content graded at 1,000, 4,000 or 10,000nits on a TV that, for example, can only reach 700nits. As with SDR, Panasonic will be using its Intelligent Sensing to allow for different ambient lighting conditions.

Related: What is HDR Tone Mapping?

While a single mode designed to preserve the creative intent is a great idea, it's pointless if consumers don't know about it or can't find it. The reality is that most users simply turn their new TV on and leave it in the default picture mode. This means the UHDA, the Hollywood studios, the consumer electronics industry and the press will need to educate consumers on the benefits of using Filmmaker Mode.

However, manufacturers will also need to make sure the Filmmaker Mode is easy to find and select – ideally through a dedicated button on the remote control. LG has gone one better and has a feature that will automatically engage the Filmmaker Mode whenever the correct content flag is detected. Those who are concerned about being forced to use Filmmaker Mode will be glad to know that this auto feature can be turned off.

However, after reading this article, hopefully you're convinced of the benefits of watching films as the director intended, and will make full use of the Filmmaker Mode on your TV. Although if it doesn't have one, the THX, ISF, Movie, or Cinema modes will deliver a similar effect. Just make sure any motion smoothing is turned off!