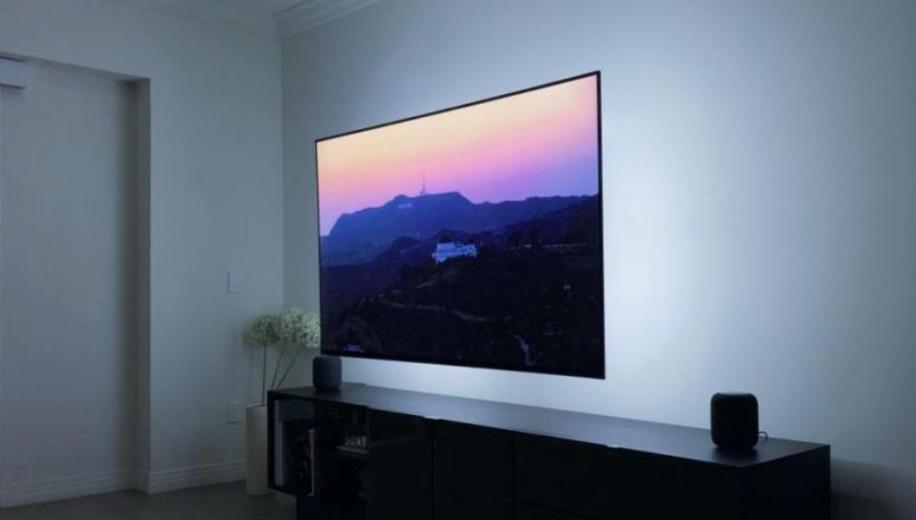 Professional content creators use it in the studio, Philips has TVs with it built-in and it’s one of the most affordable upgrades for getting more out of your TV watching experience - so what exactly is bias lighting and why is everyone talking about it?

There’s something very seductive about watching a film or TV show in a darkened room at home in an attempt to recreate the blackout effect of the movie theatre. It helps to reduce distractions and increases immersion, which adds to the overall viewing experience.

The problem is that, over time, the single source of light from a TV in a dark room causes viewing fatigue and even eye strain. This is where bias lighting comes in.

Put simply, bias lighting is a light source behind a monitor or TV that creates a halo of light around the screen.

It should be stressed that when we’re talking about bias lighting in a home cinema setup, we’re specifically referring to a TV. If you have a projector you wouldn’t use bias lighting because, due to the limited brightness of projection, you want the environment to be as dark as possible. Just think of a cinema, which is blacked out apart from exit signs and emergency lighting.

However TVs are significantly brighter than projectors, and thus watching a very bright light source in a dark room can be fatiguing for the eyes. The image will be constantly changing from very bright to very dark, and pupils will become tired due to dilating and contracting in response to these different luminance levels.

By adding some bias light behind the screen you reduce the amount of work being done by your pupils, and the result is a more comfortable viewing experience. In professional post-production and mastering suites where filmmakers spend all day looking at images on displays, you will find they always use some form of bias lighting.

You might find that you’re subconsciously adding bias lighting by having a light on at the rear or side of your TV. You could also pop down to your local DIY store and simply buy an LED lighting strip to provide lighting behind your TV. These approaches might be easier or slightly cheaper than using the MediaLight Mk2 Flex, but the results almost certainly won’t be as effective.

If you own a Philips TV you already have bias lighting built-in thanks to Ambilight. Although it should be stressed that only the ISF neutral white Ambilight setting is strictly bias lighting, and the other dynamic and colourful effects, which can create a more immersive experience when gaming, are best avoided for more critical viewing, especially with movies.

The idea is to have a neutral white light behind the TV that equates to D65 (6500K), which is the industry standard for white in terms of video production, distribution and reproduction. A lamp or a DIY solution almost certainly won’t be as accurate, and thus the bias light around the screen could adversely affect how you perceive colours on the screen.

The reason for this is that our eyes can be tricked into thinking one colour looks different because it is juxtaposed with another colour. For this reason you also need to be careful when it comes to the colour of the wall behind your TV. For example, if the wall is a bright red or blue then the illuminated colour will affect how the colours on the screen appear to your eyes.

A white wall is the most likely scenario in a regular living room, but it may surprise you to discover a dark grey or black wall behind the TV will work best, especially in a dedicated home cinema. The walls in professional facilities are often dark grey or black, with the screen surrounded by a halo of light.

This halo of light surrounding the screen offers another benefit by improving the perceived contrast of the image. By giving the blacks on the screen a bright surround to be compared against, they can actually look blacker. This can be useful with LCD TVs where the blacks are often poor, and a bias light can help boost the perceived contrast performance.

However, you don’t want the light surrounding the screen to be too bright, or it can have an adverse affect, causing black crush and hiding shadow detail. For that reason the best bias lighting will have a brightness control that allows you to adjust the luminance, so you can create a comfortable viewing environment that enhances the blacks rather than washes them out.

One of our favourite products of 2020, the MediaLight Mk2 Flex, won the Editor’s Choice Award for Best TV Upgrade and is an affordable way to add bias lighting to your TV to enhance the viewing experience in darker environments.