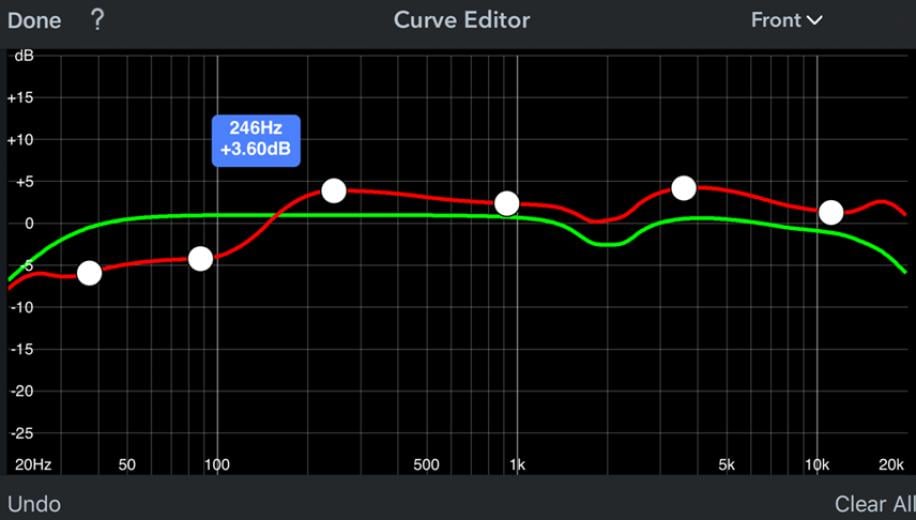 When it comes to setting up a sound system, the biggest detriment to the audio quality is often the room itself. No matter how good or expensive the equipment, a difficult environment will still make it sound terrible.

There are different ways of addressing a room's negative aspects, from correct speaker and subwoofer placement, to using absorption panels, diffusers and bass traps. There's no doubt that carefully installing speakers and subs in the best locations will help mitigate certain room issues, but using panels and diffusers can get expensive and intrusive.

Thankfully, the majority of modern AV receivers and processors include some form of automated room correction that reduces the effect of any egregious acoustic anomalies. One of the earliest of these systems was developed by Audyssey, a spin-off from the engineering research centre at the University of Southern California, and was first introduced into AV products in 2004.

Audyssey was established by a number of high-profile acoustic experts, including Tomlinson Holman (best known for his work with THX), and has since gone on to be the dominant room correction system in budget AV receivers and processors. A number audio manufacturers use Audyssey, but these days the technology is primarily associated with Denon and Marantz.

The technology was originally the result of a multi-year university research effort to understand the key factors that influence sound reproduction. From this research it was understood that the acoustical problems of a room are more accurately measured in the time domain. This type of analysis provides information about the direct sound and effects of reflections from room surfaces.

This was a departure from previous EQ methods that only looked at data in the frequency domain. In addition, measuring in a single location does not capture sufficient information and often results in equalisation artefacts. As a result multiple measurements are required to capture the spatial distribution of acoustical problems, particularly at low frequencies where problems are more serious.

It also captures multiple measurements in the time domain, groups them in clusters based on similarities in the data, and applies mathematics to overlap the clusters. As a result, each response belongs to each cluster with a certain probability, and in each cluster a representative response is then created that is weighted by both the acoustical problems in that cluster and the other clusters.

MultEQ then re-combines these representative responses to create a final room representation and then inverts that to create the correction filter for each loudspeaker. The type of filter used by MultEQ simultaneously corrects the time and frequency domain problems to produce a smooth response.

MultEQ also measures the time it takes for the signal to arrive from each speaker to the first microphone position. Delays are then applied to the speakers that are closer to match the timing of the signals coming from the speakers that are farther away. Finally, the sound pressure level produced by each speaker is adjusted with the trim controls so that they match each other.

MultEQ XT32 is Audyssey's latest room correction solution with more than ten thousand individual control points allowing finer details of the room’s properties to be captured and corrected.  The ultra high resolution filters are applied to all channels including the subwoofers, with the most obvious benefit being heard in the low frequency range where correction is needed the most.

This latest version also includes Sub EQ HT, which is designed to deal with multiple subs. If you only have one sub then it's not in use but, if you have two or more, the software measures each sub separately, then applies delay and level settings so that the two subs are now time and level aligned.  The software then measures once more as "one" sub to derive the room correction filter.

Dynamic EQ is a technology designed to solve the problem of deteriorating sound quality as the playback volume is decreased. Dynamic EQ combines information from incoming source levels and actual output sound levels in the room to make real-time adjustments that compensate for listening at lower volumes. This feature is handy for watching movies at night.

Dynamic Volume is a technology designed to solve the problem of constantly varying volume across program material. It monitors the volume in real time and maintains the desired listening level for all content while optimising the dynamic range. This feature is particularly useful when watching commercial TV channels, where the adverts are often mixed louder.

Audyssey DSX (Dynamic Surround Expansion) is a scalable technology that expands the immersion of surround sound content by adding width and height speaker channels. Audyssey DSX extrapolates the necessary data for these channels to reproduce the necessary acoustical and perceptual cues to enhance the surround sound experience. DSX uses a 11.2-channel layout, adding two height and two width channels to a traditional 7.1 soundtrack.

The most recent addition to Audyssey's line-up of products is the MultEQ Editor App, which allows AV enthusiasts the opportunity to refine and customise the set-up of their systems for an even better surround sound experience. The app is an optional extra that runs on both iOS and Android smartphones and tablets.

The app allows users to adjust the settings made by the automatic software, by taking full control of every aspect of the configuration, allowing detailed tuning and customisation of the sound. This means users can adjust the performance more precisely to cope with any specific problems in their room, and tailor the surround experience to their personal preferences.

Contrary to popular belief, a target curve that is flat from 20Hz to 20kHz is not always the one that produces the correct sound. There are several reasons, including the fact that speakers are much more directional at high frequencies than they are at low frequencies. This means that the balance of direct and room sound is very different at the high and low ends of the frequency spectrum.

The Audyssey target curve setting makes the appropriate correction at high frequencies to alleviate this problem. A slight roll-off is introduced that restores the balance between direct and reflected sound. The Flat setting uses the same curves as the Audyssey mode, but it doesn't apply a high frequency roll-off, making it appropriate for very small or highly treated rooms.

The Bypass L/R setting uses the MultEQ XT filters that were calculated for the entire listening area, but doesn't apply any filtering to the front left and right speakers. The average measured response from the front left and right speakers is used as the target curve for the remaining speakers in the system. The subwoofer in this case is equalized to flat as is the case for the two settings above.

Finally, the Manual setting is a traditional graphic equaliser that does not use the MultEQ XT filters. Instead, the base curve measured during the setup process, (speaker configuration, distance, and channel level) is copied to the Graphic EQ, where you can then make adjustments to your personal tastes. No other properties of MultEQ XT are applied with this setting.

Ultimately, Audyssey is an effective and easy to use room correction software that will get the most out of any budget system. It is able to eliminate the more egregious aspects of a room, and is particularly good at integrating subwoofers to produce smooth and balanced bass. The setup can be run by anyone, and doesn't require any advanced acoustical knowledge.

While the version built into AV receivers and processors doesn't offer any graphical feedback, those with a better understanding of acoustics might want to pick up the MultEQ Editor App, which provides greater customisability and a more user interface. It helps keep Audyssey competitive when compared to more sophisticated (and more expensive) systems like ARC and Dirac Live.