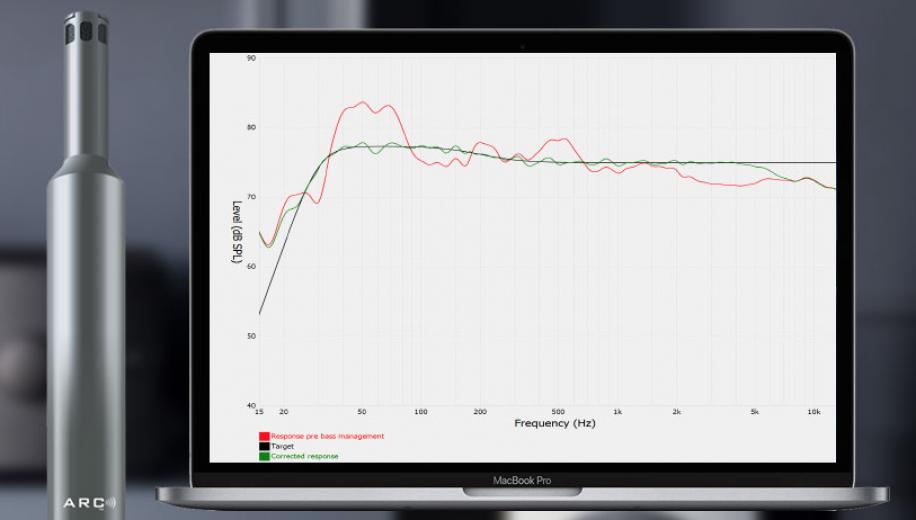 The biggest detriment to the sound quality of any audio system is the room it's in. You can spend a small fortune on equipment, but it will still sound terrible if the room itself has significant acoustical issues.

Those looking for solutions that don’t involve fixing absorption panels on the walls, sticking bass traps in the corners or placing subwoofers in inconvenient locations, will be delighted to learn that there are audio calibration systems designed to eliminate the more egregious aspects of your room through sophisticated acoustic processing.

Anthem Room Correction (ARC) is one of the best available systems and, as the name might suggest, was developed by Anthem Electronics. Anthem employs ARC in its range of AV processors and receivers (including the upcoming MRX1140), while sister company Paradigm offers ARC in a number of its speakers and subwoofers, such as the recently reviewed Defiance V12.

On its initial release ARC was a game-changer, offering sophisticated algorithms and filters that combined state-of-the-art software and graphical interfaces with a high quality calibrated microphone. It was a step-up from the more commonly-used Audyssey EQ software, but since then other room correction systems like Dirac Live have stolen some of the limelight.

As a result, Anthem has given ARC a major upgrade, with the new version being christened ARC Genesis. This update takes what was great about the original software and simply makes it better. For a start, ARC now supports Apple as well as Windows operating systems, which is great news if you’re a fan of MacBooks.

The user interface has also undergone a facelift. It now looks more modern, and is significantly more intuitive to use, with the option to start, stop, resume and save measurements. A useful new feature is the ability to remeasure an individual speaker and update your target curves – handy if you decide to change part of your system but don’t fancy redoing all the measurements from scratch.

In terms of other new features, there's the ability to customise target curves, and set the maximum correction frequency for each speaker. The correction algorithms have also been improved, and there’s a new bass management feature to better integrate your subwoofer. There’s a pan and zoom feature for looking at graphs in greater detail, and you can take multiple measurements for different room conditions, or save multiple profiles for different systems.

One great feature from the earlier version of ARC that Anthem has retained is the Quick Measure opinion. This allows you to continuously measure the frequency response of a speaker in real time, and is particularly useful for quickly determining the best position for a subwoofer. You can also take snapshots of the measurements for comparison later.

The entire process is extremely intuitive, with a user interface that presents information clearly and provides explanations where necessary.

It's a particularly nice touch that when you buy an Anthem AV receiver or processor that everything you need is included in the box (including a high quality microphone and even a handy microphone stand). The actual calibration process couldn’t be easier, and all you need to do is connect the receiver or processor to your home network, install ARC Genesis on your laptop or MacBook, and run the software.

It should immediately find the receiver/processor and connect with it, leaving you to simply launch the correction process. You then configure your device within the software – something you couldn’t do before – allocating channels based on your system. You choose the number of measurement positions, connect the microphone to your laptop or MacBook using the provided USB cable, and then load the mic’s calibration file into the software.

Despite the sophistication of ARC Genesis, you don’t need a PhD in acoustics to use it. The software takes you through the room correction process step-by-step, which involves ARC playing frequency sweeps through each speaker individually, and measuring the output relative to the microphone’s position. You always start the measurements from the sweet spot, before moving on to the other locations.

After running through all the measurements – moving the mic stand as instructed – and building up a profile of each speaker’s in-room performance, the user interface shows the accumulated curves next to a graphical representation of the room and speaker system. The ability to look at a graphical representation of your system's response curves is really useful and something you can't do with Audyssey (although you can with Dirac Live and Trinnov Optimiser).

Depending on your system, the entire process can be quite time consuming. But it's worth remembering that you need to measure each speaker multiple times. Once you've finished ARC Genesis, it applies target curves to correct any peaks or dips in a speaker’s frequency response, but preserves the beneficial acoustic attributes of the room (nothing sounds worse than a dead space).

The data is presented as a series of graphs, one for each speaker and subwoofer, which shows the initial measurements, the target curve and the results after equalisation. Most people will be happy to use the pre-loaded target curves, but there are plenty of customisation features, including the ability to set the sub crossovers for each speaker individually.

The entire process is extremely intuitive, with a user interface that presents information clearly and provides explanations where necessary. Once completed you can review the results, save them and then upload them to your device. You can even produce a full graphical report as a PDF – useful for professional calibrators and installers, or just for impressing your friends.

We've reviewed a number of Anthem products, and have tested both the original version of ARC and the recent Genesis upgrade. Our reference home cinema has been partially treated, so it’s not as challenging as some rooms, but standing waves produce a significant dip at 45Hz that needs correcting. Switching between the EQ and non-EQ modes reveals that ARC Genesis does an excellent job of addressing that antinode, seamlessly integrating the subs with the other speakers.

The result of applying ARC Genesis is a solid foundation of bass that reinforces, rather than overpowers, the entire system. Any negative aspects related to the room are generally eliminated, leaving only the elements that keep the sound lively and exciting. ARC is an excellent room correction system that is well-designed, intuitive to use, offers excellent graphical feedback, is very flexible and gets the job done.

The graphical interface alone gives ARC the edge over the more affordable Audyssey, but it's also a superior system. ARC also holds its own against a direct mid-range competitor like Dirac Live – although the latter offers more in areas such as impulse response, and recently had a make-over of its own. ARC might be limited to Anthem receivers/processors and Paradigm speakers/subwoofers, but if you're planning on buying one of their products it's a superb added feature.