And do we really need it? 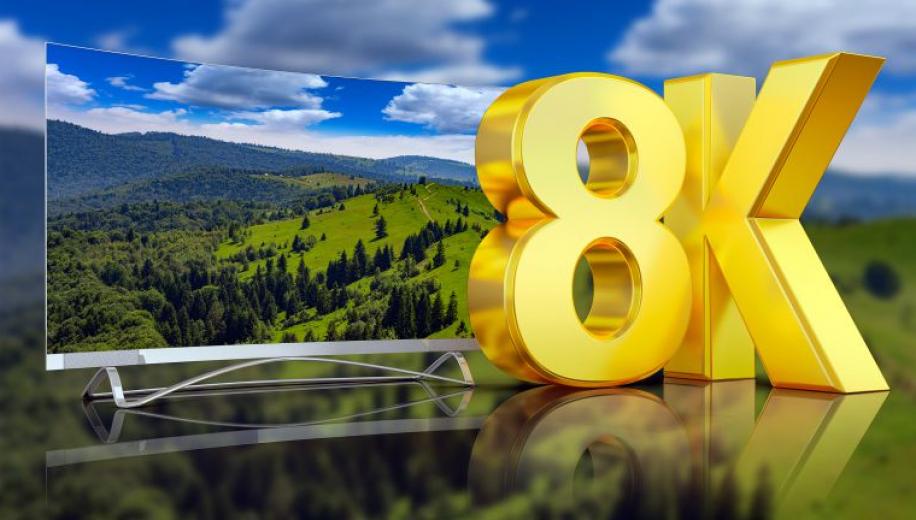 If you've just bought a 4K TV, the news that manufacturers are already starting to unveil 8K models might seem a bit premature. So what is 8K and do we actually need it?
What is 8K?
The first question is actually very easy to answer: 8K is simply an ultra high resolution format that uses 7680 horizontal pixels and 4320 vertical pixels. The horizontal resolution equates to almost 8000 pixels, hence the name 8K. The resulting image is composed of over 33 million pixels and if that sounds like a lot, that's because it is: 8K has four times the resolution of 4K and 16 times the resolution of Full HD.

To slightly confuse matters, both 4K and 8K can be referred to as Ultra High Definition or Ultra HD. When establishing the standards for Ultra HD television, the two resolutions were included to provide a future roadmap that allowed a transition from 4K broadcasting to 8K. UHD is designed to stay relevant for decades to come, which is why it also includes high dynamic range, wider colour gamut and higher frame rates. Do we need 8K?
When it comes to whether or not we actually need 8K, the answer is slightly more complicated. The first obvious question that any new 8K TV owner is going to ask is, where's the 8K content? As things currently stand there is virtually no content in 8K. Yes, it’s true that Japanese broadcaster NHK has started an 8K channel, but outside of that country there's little appetite for 8K when 4K is still being implemented.

In reality there’s little likelihood of 8K delivery for years, either from TV broadcasters or video streaming services. The amount of data generated by a resolution as big as 8K is huge, so to realistically deliver it will require highly efficient compression systems and massive amounts of bandwidth. However, the recently announced 8K Association (8KA) is designed to promote 8K to both consumers and professionals, and establish an effective 8K ecosystem for the future.

Aside from 8K broadcasting in Japan, there’s currently also very little incentive for other TV broadcasters or video streaming services to adopt the higher resolution because there is virtually no content created in 8K. A lot of films and TV shows are now being shot at a resolution of 4K and sometimes higher, Guardians of the Galaxy Vol. 2 was shot at 8K, but they are only being released in 4K and effects-heavy productions are often limited to 2K in post-production.

What about movies that are shot on 35mm film? Although film isn't composed of pixels, 35mm is roughly equivalent to 4K in terms of perceived resolution, and as such that's the resolution at which these film-based productions are scanned. Ironically, the main source of 8K films has been older productions that were originally shot on the larger 65mm film format, and have been scanned at 8K as part of the restoration process. The first film broadcast in 8K by NHK was 2001: A Space Odyssey, which was originally released in 1968. Why are manufacturers making 8K TVs?
So, if there’s no real 8K content available, why are manufacturers now pushing 8K? Well, TV manufacturers are global companies and that means they’re developing 8K TVs for regions of the world like Japan, where 8K broadcasting is a reality. Since these TVs are already being manufactured for one country, why not offer them in another as a way of diluting the research and development costs?

TV manufacturers also like to make technological statements, even if there is no immediate practical reason for launching a particular innovation. The first 4K TVs arrived back in 2013, but it was years before there was any actual 4K content to watch. Despite an absence of native content, a new 8K TV allows the manufacturers to give their line-up a publicity boost. That's exactly what Samsung did when it launched the Q900 towards the end of 2018.

There is a degree of herd mentality in the TV industry, so once one manufacturer launches a product the rest are sure to follow. At CES we saw new 8K TVs from both LG and Sony, as well as an expansion of Samsung's 8K lineup. There's often a technological tipping point as well, which in this case is HDMI 2.1. The new version of HDMI is needed to handle the massive amount of data required for 8K, and it has only recently become available. However, now that HDMI 2.1 is here, we can expect to see more 8K TVs.

However, an 8K panel does offer certain benefits, even in the absence of any 8K content. That's because all those additional pixels can be effectively used by today's sophisticated upscaling processors. It was exactly the same in the early days of 4K, when there was no actual 4K content to watch on the first TVs to support that higher resolution. Instead, manufacturers promoted the benefits of using a 4K panel to upscale lower resolution content.

That same argument is now being used to promote the benefits 8K, with the added bonus that today’s upscaling processors are intelligent enough to actually learn from the content you watch and thus improve the quality of the upscaling. Just how much benefit upscaling on an 8K panel really offers remains to be seen, but given the lack of any content, it’s the only real feature that manufacturers can highlight.

There's also a trend to larger screen sizes, although we're a long way from 75-inch TVs becoming the norm. However, an 8K panel does offer advantages when it comes to very large screen sizes, both in terms of resolution and upscaling.

Should you buy an 8K TV?
In the absence of any real content there’s no immediate need to buy an 8K TV, although they will certainly grow in popularity. However, there’s also a danger that their premature arrival will annoy or confuse consumers that have recently bought a 4K TV. The average life cycle of a TV ranges from five to ten years, and given that many people are only just starting to upgrade to 4K that means it’s going to be at least another five years before 4K TV sales reach a saturation point. Once 4K TVs have reached a level of consumer saturation, then we'll see the move to 8K gain greater traction.
To comment on what you've read here, click the Discussion tab and post a reply.
Article Discussion (114)

What is Micro LED?