The best 5 portable speakers for your holidays

Five Bluetooth speakers you can fit in your hand luggage 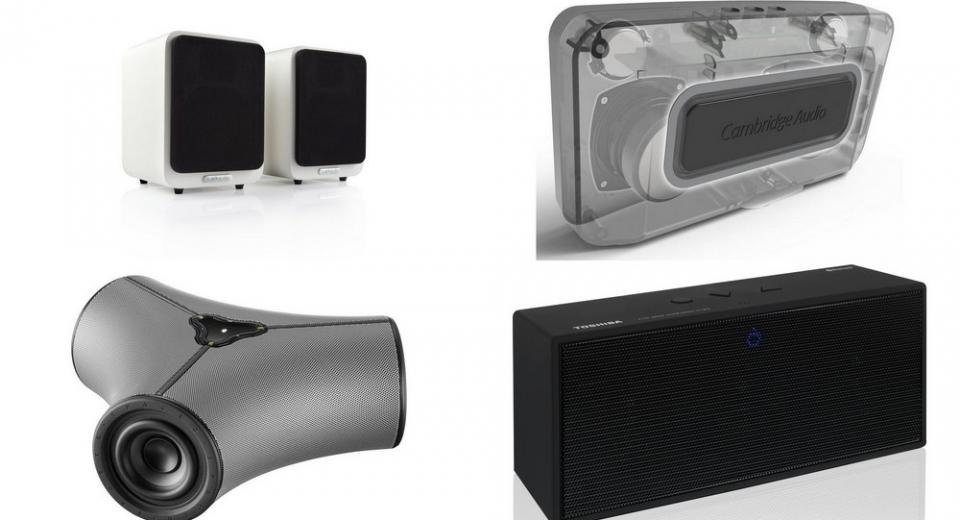 In case you hadn’t noticed, the summer holidays are upon us.

Thoughts turn to getting away from it all with barbeques and festivals but we often need a soundtrack to our lives, wherever we are, and we can’t take a proper HiFi system with us, now can we? So it’s to the portable speaker we turn and in these days of Bluetooth, AirPlay and multitudinous music streaming services, we can pretty much have the ultimate jukebox in our man-bag, yet still have space for life’s other little essentials – Swiss Army Knife, phone charger, Factor 50 etc

The marketplace for portable speakers is hardly shy of entrants - there are literally hundreds available - but we’ve whittled the field down to a handful, to cater for varying budgets and needs. Most of them will fit in your suitcase, although for those of a more purist bent, there’s a couple that might require a small rucksack but they should be worth it!

It’s not particularly pretty but the SP3 is great value, at a whisker under £40. The build quality is better than the appearance however and the little Tosh has an enviable battery life from a full charge of around 10 hours. Naturally, you can hook it up via Bluetooth but there’s a 3.5mm jack, as well, for devices lacking that option. The sound which comes out of the TY-SP3 is very clear and easily capable of filling a small room. It’s especially impressive with the spoken word, so if you’re a big podcast or radio listener, it makes an ideal budget option. You can’t expect the earth for forty quid but anyone that doesn’t consider this good value has unusually high expectations. The Minx Go is a little larger than the Toshiba but then you’d expect a bit more for your hundred pounds. It’s still highly portable, however, taking the tape at just 237 x 60 x 123mm (HxWxD) but the diminutive cabinet hides a wealth of features including a 5 speaker array and acoustical dampening. At some point we may stop making mention of the fact these speakers feature Bluetooth connectivity – as all of them do – and the little Minx also has a 3.5mm stereo line-in. Battery life is superb, at around 18 hours, so it can keep you going all day and be ready to go again in the morning, following an overnight charge. It sounds great, too, and the five speaker configuration clearly paid dividends with a wide and open soundstage, capable of filling even a reasonably large room. The rear bass radiator also did the business, allowing the diminutive Minx Go to have a far greater low end presence than you would expect from a speaker this small. This is another great value proposition, more suited to music than the cheaper Toshiba.
Bayan Audio Soundbook X3 After making a good fist of things in the iPod dock business, new British outfit Bayan Audio branched out in the Bluetooth speaker market with the gorgeous little Soundbook X3. The design is eye-catching and classy and it has the build quality to match, in its surprisingly heavy cabinet. It’s just a little smaller than the Minx Go, however, at 235mm wide, 120mm tall and 40mm deep. The stylish casing is made from quality aluminium and there's a heavy-duty nylon mesh there both to protect and act as a stand in its unfurled state. In fact, the mesh also trebles up as FM radio antennae, which is certainly a neat idea and further extends its usefulness.

A full battery charge is good for more than 10 hours of continuous play, which should be enough for most, and the audio quality was excellent, making full use of the aptX Bluetooth capability with incredibly effective low-end performance and a fairly bright and engaging signature. It went much louder without distorting than we would have expected, too. The Bayan Audio X3 isn’t cheap, though, and you’re looking at a near £230 price tag but for the style and audio conscious individual, it’s a great little speaker!

Here’s something from the leftfield, a portable speaker that is neither mono nor stereo. The Spaced360 uses patented airSurround technology to create, as the name suggests, a spatial sound, absent from the usual sweet-spot phenomena present with stereo products. The Spaced360 sports an unusual design that sets it out from the pack, with the three pronged driver combination reflected in a leggy look. We got around six and a half hours continuous use from a fully charged battery when streaming via Bluetooth and you can establish a connection using NFC, should your device support it. You also get a 3.5mm auxiliary input, although it’s not very sensitive but the general performance of the Spaced360 was pretty impressive and made good on the claims of elimination of the sweet spot.

For critical listening, it’s not one we’d turn to but then that’s not really the intent with these products and it’s a great choice for music outdoors and at parties. This is another portable speaker occupying the busy £250 price-point but if you want something a little different from the rest, look no further.
Ruark MR1 with battery pack

This little package will offer you a sensational proper stereo sound, although we concede this isn’t as portable as the others on the list but we think it’s worth finding room in your luggage for. The Ruark MR1 package consists of a small pair of active stereo speakers that can be had in white, black or walnut finishes. The construction feels surprisingly weighty for such dainty speakers and the MR1s come with a healthy choice of connectivity options, including aptX capable Bluetooth and toslink digital audio. To make them a truly portable proposition you will need to add the optional battery pack which gives around eight hours of mains-free listening and costs just under £50, to add to the £300 of the speaker package but even at that money, this is a package offering tremendous value. Simply put, the MR1 is a proper little HiFi speaker which sounds superb with whatever you throw its way.

Forget their size, ignore the fact they can be pigeon-holed as a lifestyle audio product and simply revel in the fact that they sound delicious. It’s perhaps the level of detail that is most noteworthy. The MR1s simply let you hear notes and sounds that other competing speakers don’t and it almost beggars belief when the cabinet proportions are considered. Do you really need to take that extra pair of shoes or would you prefer your travels to be accompanied by serious small audio? We know what we’d choose!