Sound Advice – Source equipment and using what you have

You'd be surprised what a HiFi system can be these days 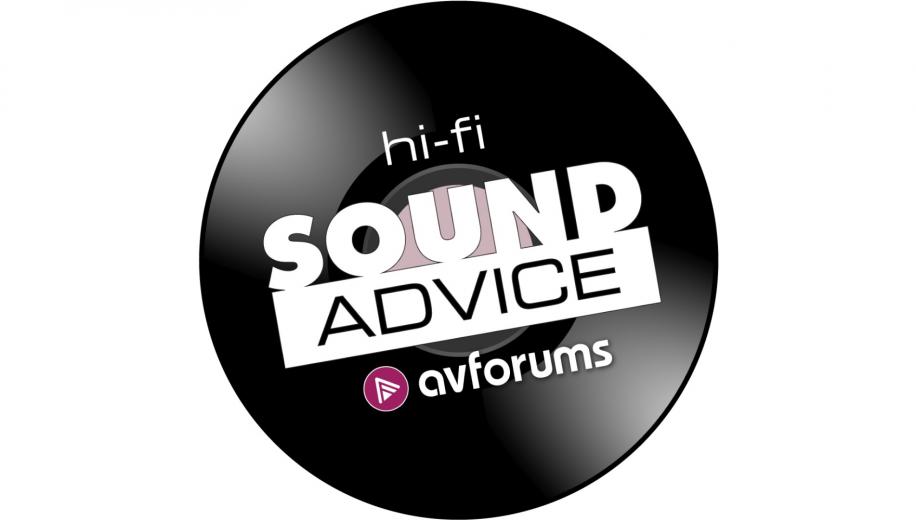 There was a time when an audio system – be it a superb piece of hi-fi or a Fisher Price tape player – was something that existed very much on its own.
If you wanted to play a specific piece of software, you needed a piece of equipment simply to do that. Now, the rules are rather different. Audio systems still need particular components to do what they do – specifically speakers and a means of powering them but after that, things get a little more flexible.

This means that if you are putting together the components for a Hifi system today, you find yourself in the useful position that equipment you already own can make for excellent sources for an audio system. Not only does this potentially save you a fortune, it can also give you a level of flexibility that would have been unimaginable only a few years ago. This article is intended to show how pieces of equipment you could well already own can be used as source equipment in an audio system. If you are in possession of a remotely up-to-date computer, you have an amazing machine at your disposal. While it is more than capable of summoning cat pictures and allowing you to chew the fat with your good buddies on AVForums, a computer is also a fearsomely capable audio source. Furthermore, the costs of using a computer in this fashion are generally rather low so it makes an excellent starting point for getting audio to an amp or speakers.

The absolute simplest means of using a computer to generate audio is to make a connection from the headphone socket of the device to a corresponding input on your amplifier. If you raise the volume control of the computer to maximum, it will effectively operate as a piece of source equipment playing whatever you choose in such a way as for the amplifier to alter the volume level. A 3.5mm headphone socket to RCA phono cable can be purchased from about £1 and up, so this really is a cost effective way of getting going.

It is however, barely scratching the surface of what you can do with a computer as a source, if you have the means to use USB as a connection method. Many amplifiers, all-in-one systems and active speakers now feature a square USB B connection as one of their inputs. If you connect a computer up via this means, you can really start to unlock what a computer is capable of. Using USB means you can use the computer solely for the business of playing the file and your own equipment for decoding it. This means you can gain access to very high quality file playback indeed. Even a bog standard USB 1 connection is capable of sending a CD size file without any issue.

If you have a computer with Windows Vista or later (or pretty much any version of OSX going back to when they were still named after cats rather than Tex/Mex restaurants), you can expect the ability to send files of much higher quality than that if you want. Coupled with software like iTunes, Foobar, jRiver or Audivarna, you can arrange your stored music and use your computer to send a digital signal to your system for decoding. It is possible to take this a stage further and use your computer as a device locked to your USB input sending a very high quality signal indeed but this is something outside the scope of this article and is something we will cover in future articles.

Where computers also have a clear advantage is that as well as playing music you own and have stored on them, you can also use streaming services to provide music for your system. Services like Qobuz and Tidal are CD quality and your subscription gives you access to a huge amount of music without filling up your hard drive at the same time. While the costs of renting access to music are ongoing, this still makes for a very effective way of gaining access to a truly huge amount of high quality audio. If you simply want lots of music and are less concerned about quality, Spotify, Apple Music and indeed YouTube have a huge amount on offer. Computer ownership has been on the slide in recent years and this is in no small part down to the increasing capability of mobile phones. These little technical marvels have gone from something you could have a rip roaring game of snake on to seriously powerful and capable mini computers. Needless to say, with that increase in ability has come the scope for using them as an audio source.

Like a computer, if you stick a 3.5mm cable between your phone's headphone socket and an input on your hifi system you can get audio off it but like your computer, your phone has a great deal more to offer if you can use it in a slightly more sophisticated way. What ways are those? Well, you have a few options depending on your phone and your equipment.

The most universally accessible means of getting audio off a phone without wires is Bluetooth. This is an open standard, originally designed to be used as a serial communications system. It has become one of the most widely used and increasingly capable systems available. If your phone has Bluetooth (and if it doesn't, it might be time for a new one), it can be paired with a suitably equipped piece of audio equipment. Many amps and active speaker systems – and almost every all-in-one system – are equipped with a Bluetooth receiver and this means you can send audio from your phone straight to the audio system. Provided that you are within a few metres of the system, Bluetooth quality is very good and if your equipment is compatible with the Apt-X standard, you can send a lossless file without compression.

If you own an iPhone (or indeed an iPad), another option that might be open to you is AirPlay. This is a proprietary system developed by Apple that can send audio to a suitably equipped audio device. As it makes use of your wireless network, AirPlay is not dependent on the Apple device being close by and can frequently offer more stability than Bluetooth. AirPlay can also be used on Android devices via unofficial apps but the performance can be a little erratic.

A final way of securing very high performance from your phone involves wiring it directly to your audio system. Android phones can be connected to compatible DACs via an 'On the go' cable that effectively converts your phone into a very high quality transport, able to handle formats well beyond what Bluetooth can handle. Don't forget as well that this ability is not limited to material stored on your phone. As you install apps that allow your phone to read material over a network, you can stream material to your phone and on to your system without filling up the internal drive.

In the world of AV, Blu-ray players are increasingly old news as we all wonder if 4K Blu-ray will be the next big thing. This doesn't mean however that your existing unit has no worth though. Over the years they have been in production, even very affordable Blu-ray players gained functionality that makes them ideal sources for a hi-fi system.

Even the most sparsely equipped Blu-ray player generally includes an RCA phono output. With this, you can connect it to most hi-fi systems (either using a straight RCA-RCA cable or an RCA-3.5mm cable). Alternatively, if your system has digital inputs, you can make use of these to connect a Blu-ray player (which in addition to an HDMI connection generally has an optical or coaxial output as well) and either of these will get it sending an audio signal to a hi-fi system.

The signals you can send vary from player to player but at a basic level, any Blu-ray player is capable of playing Blu-rays, DVDs and CDs, all of which can produce some excellent results and have no shortage of decent audio material on them. After this, additional functionality that might be of use tends to vary from player to player. Many devices are capable of playing audio files stored on a USB stick or drive and some players are capable of acting as UPnP streamers that means you can rely on them to act as a very capable front end to an audio system – especially if you are only taking a digital signal from them.

If you are only taking a digital signal from a Blu-ray player, it is important to remember that it will need to be set to output a stereo signal or your hifi system is unlikely to able to make use of it. Once this has been done, you should have a very capable digital source to hand. As an added bonus, if you were previously sending audio to your TV, your films should sound a fair bit better too.

There was a time when games machines were good for a quick spot of blasting aliens or jumping on and off platforms. Nowadays, while they are still very impressive games machines, they also offer the potential to be a more than halfway decent audio source.

Like Blu Ray players, your best bet to get talking to a recent generation games console is via the optical output that they are fitted with. Once connected to your audio system, this means you get access to an optical drive, the ability to play audio from USB sticks and drives (as well as their own internal memory) and act as pretty decent network audio players. If that wasn't enough the Sony Playstation 3 and 4 can also be used as a means to listen to Spotify as well. Once again, if you had only been sending audio from your console to your TV, this should be a big step forward in performance for your games as well. In common with Blu-ray players, you will need to ensure that the console is set to output a stereo signal in order to work correctly.


What if I only have analogue inputs? The majority of these potential sources do their best work when you have access to a digital input on your system. If you only have analogue inputs, all is not lost though. This will be covered in more detail in a future piece but if your potential source has a digital output, all you need to get it working with a system that doesn't is a digital-to-analogue converter or DAC for short. This will turn the digital signal of a console or Blu-ray player into an analogue signal suitable for a amplifier. The good news is that these need not be expensive. Prices go from under £50 for something like the Lindy DAC and Headphone amplifier and this allows you make use of the equipment we have listed here. Bluetooth adapters are also available for reasonable amounts of money allowing for smartphone use.

You may decide in the course of assembling your own system that you want it to be a completely standalone device that doesn't require the services of your existing equipment to work but equally, if you are looking at the costs of getting a system together and are finding them a little daunting, it is always worth remembering that a modern hi-fi system can make use of a great many pieces of equipment to produce great sound.