So long silver disc – is this the end of CD?

So long and thanks for all the jewel cases 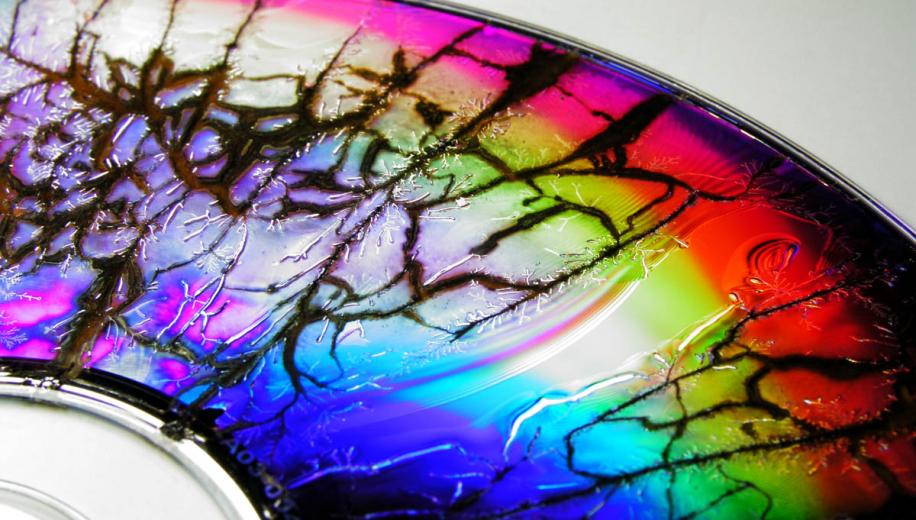 CD has become part of the landscape in a way that few other formats before or since have ever achieved.

From the earliest technology demonstrations (although, contrary to the myth, nobody put jam on them) through the absolute dominance of the nineties and on to the ‘mature’ format of the present, CD has been a presence in the audio industry for decades. However changes in how we consume audio – both in terms of hardware and quality – have put in place a situation where CD will peter out and we’ll move on to other alternatives in our own time. I even suggested as much in my recent piece on the state of audio playback.

American retailers though might have set in motion a series of events that drastically accelerates this process. The graceful decline of CD could well be set to undergo a more significant drop and, with it, usher in a significant change for the two-channel industry as a whole. Alternatively, this could be a rather different story altogether that says more about retail than it does HiFi. So which is it?


A Question of stock So, what is the event that has prompted this? Earlier in February, Best Buy announced that it would cease to stock CDs in store from July 1st this year. The chain has seen revenues from CD decline steadily over the last few years and this has prompted them to find something else to do with the retail space.

This seems to have kicked off, or at least unmasked some similar moves from other retailers. Target wants to move from a current arrangement where it pays for CD and DVDs it receives and ships back what it doesn’t sell for a refund or credit, to an arrangement where it only pays for the products it sells and the material is held with them at the record label or distributor’s expense. There is more than a little suggestion that more than one label is going to invite them to go forth and multiply but this is something that will be publically sorted in the not too distant future.

At the core of this is the reality that CDs are not earning these retailers enough money to justify them being in the stores on large space consuming displays. This is a far cry from the glory days of the format where a moderately well stocked CD section was a critical part of stores like these, with the discs selling well and earning a creditable margin while they did so. Those of you of a whimsical bent might be pleased to know that at the same time as making this announcement, Best Buy committed to stocking vinyl for another two years. Truly, we live in strange times.


The end is nigh? Behind these announcements though, it might be important to retain a sense of perspective. Best Buy is not a major player in CD retail and hasn’t been for years. When I wandered into a Best Buy at CES, the CDs on display were fractionally more extensive than they were in my local Tesco. If you have been relying on one as your primary source of CD material, I don’t envy you.

Of course, the wider point is that people haven’t been relying on Best Buy for their CD purchases for years. The store has felt that giving some space over to holding the album chart and some stronger selling mainstream material has been sufficiently lucrative in terms of impulse purchases to be worth the effort. As we’ve seen CD decline in sales and importance to consumers, so the number that elect to kill some time in the CD aisle has shrunk to the point where that aisle is better used for something else. At the moment, continuing to use the US as a point of reference, Walmart has yet to make a similar call and retains CDs on sale in many of its stores.

Meanwhile, CDs are still selling pretty well – just not generally from physical stores. Amazon doesn’t release data about how many discs it sells but even in a dropping market, the company retains the ability to sell a great many of them. Viewed objectively, it isn’t hard to see why. Amazon doesn’t need an aisle to do what it does and even a dedicated media store like a flagship HMV can’t match it. It can hold pretty much any CD you can reasonably imagine in stock and when the order comes in, CD is one of the very easiest things imaginable to ship by post. Add to this that Amazon is the sort of firm that non-typical web consumers – people who more commonly shop in physical stores – will use and you have something of a category killer for CD sales.

There are other players in the continued viability of CD but they might not be the ones you expect and their exact impact is tricky to quantify because they (generally) aren’t dealing in new material. The first of these is charity shops. In the US especially, stores like Goodwill sell a very large quantity of CDs indeed and since the trade-in value on discs is often seen to be valueless or near valueless, it means that the people doing the trading in do so without any attempt to list the CDs on eBay.

If the discs do have a value (and some very much do), other organisations are there to pick up the slack. Discogs, the specialist music marketplace saw a 23% rise in CD sales and this does include some new items being shifted from specialist retailers. What this cumulatively shows is that CDs are still finding owners but the places they are shipping from is consolidating and this is going to mean that we see more examples of what Best Buy is seeking to do. The question that is much harder to answer is what are the longer term implications of this movement away from general retail and towards online and specialist sellers? It is possible to argue that simply because you don’t buy CDs in Best Buy, that doesn’t mean that you don’t place some belief in the viability of the format from it being sold in a place like Best Buy. Once physical displays of new CDs are dispensed with, they might then proceed to drop out of mind. This very public announcement by Best Buy might also bring some undecideds out of the woodwork and in the case of Target, their decision to go public with their intention could be seen as a trawl to see if others will join them.

At the time of writing, I am inclined to believe this is part of the incremental downward slide of CD to extinction rather than the start of a cataclysmic event that sees it disappear in short order. I do think that the gradual removal of the format from physical sale will affect people’s perception of it but people that perceive it to be dead have stopped buying it anyway. In fact, the apparent death of downloads in the last year or two has been more dramatic than anything CD has done in the last ten.

So, if CD is going to move smoothly towards a dignified end, what’s to stop it from staging a full on resurgence in ten to fifteen years’ time in the manner than vinyl has? Before I list why I feel this is unlikely to happen, I will freely admit that anything is possible and that making absolutist statements on the internet is how you get people years from now going “well, you sure got that wrong” because very little on the internet goes away.

At the heart of CD's survival is the continued use of optical disc reading devices. CD playback capability has been built into various other machines – computers, DVD, Blu-ray and Ultra HD Blu-ray players for example – but the trend for people having disc reading devices in their houses is dropping and with it the ability to play a CD in its raw form. This matters because there is a critical mass below which making an optical drive of any description is not cost effective and this level is much higher than that required to allow a fairly small company to make record players for example.

At the time of writing in March 2018, if you want a dedicated CD player, you still have plenty of choice. No less importantly, this choice extends from roughly £200 to over £100,000 in some extraordinary cases. There is no shortage of hardware for people looking to make use of CD in its current state. Where issues creep in with this is that the number of different drives that all these players make use of is rather lower than the total number of players on sale. As companies decide to stop selling optical drives, the choices for manufacturers as to how they keep making CD players become more limited. Some audio companies – TEAC and Yamaha to name but two – have the means to make transports and can make them for as long as they see the worth in it but they are exceptions to the rule.

“No matter” you say, “I can always buy used.” This is true as far as it goes but the relatively complex nature of a CD transport means that keeping an older unit running in the event of it failing will not be as simple as keeping an older turntable up and running. CD is not and never has been a cottage industry and its ongoing existence is conditional on large companies with fairly sophisticated manufacturing processes. As such, as and when CD drops below a critical point, it won’t be possible to ‘keep it ticking over’ in the manner that some companies did with vinyl during the period where it was officially dead – and they can probably continue to do so as and when the revival comes to an end. For the moment however, there’s no danger of CD players going away, not least because CD continues to post strong figures in the home market of some very large electronics brands.

This shouldn’t matter when CD does end though for the simple reason that there’s no difference between playing a CD and the same files ripped and streamed. CD remains a useful means of getting your hands on a selection of lossless files but unlike the end of a few formats over the years, the content itself remains unaffected. This is not to say there isn’t an element of sentimentality to be taken into account – using a really nice CD mechanism is still a very pleasant thing – but in this instance, it is the delivery system not the format that is under squeeze.

Contrary to what you might have read in the collected press over the last few weeks, this is not the end of CD. It’s not even the beginning of the end, although that might be seen to be when given the choice between SACD and cramming a load of compressed material on a player, the public went emphatically for the latter. It is however another notch point on the downward curve though which we’ll be able to plot like other events, such as some manufacturers ending the production of CD players and the arrival of lossless streaming. In the meantime, the grand old lady of digital formats will live to fight another day.