When society falls, we rise. 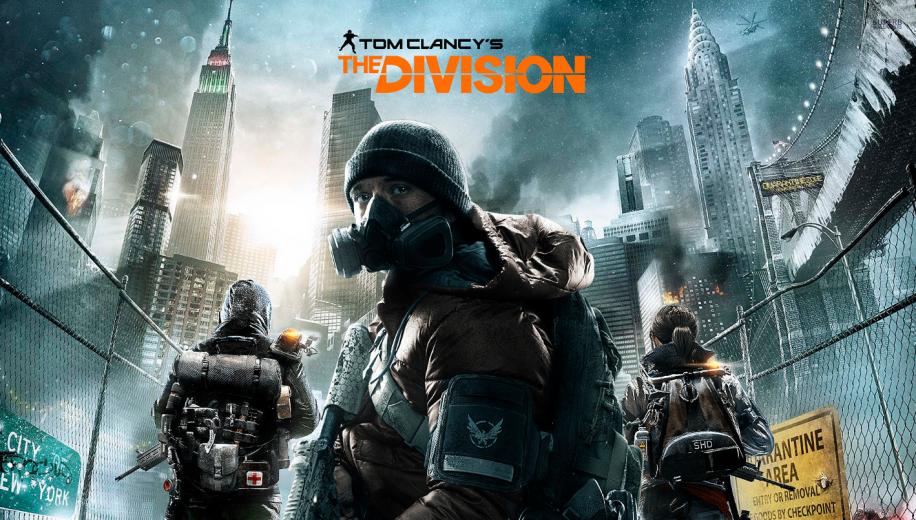 Tom Clancy's The Division PS4 Game (2016)
SRP: £54.99
A weaponised virus has swept through Manhattan, leaving the city devastated and overruled by criminals, who now have all the incentive they need to rule the streets. Post-apocalyptic Manhattan is not a nice place to be, which is why the city has called for The Division.

Taking the guise of a third person cover based shooter with RPG elements and a lot of loot, your character, which you can customise at the beginning of the game, is tasked with taking back the streets - like a sort of one-man army. The huge task of cleaning up Manhattan can be made a whole lot less daunting at the click of a button as you can invite your friends or seek a group of strangers thanks to this being an entirely online only affair.

Though the game is mainly based in Manhattan, your training missions start in Brooklyn, where you can get to grips with how the game works. We got used to most things pretty quick, well except how to use grenades, as this wasn’t done in the usual way. After completing a few missions you'll soon head to Manhattan, taking out a few enemies along the way, before opening up access to the base of operations which is your main point of contact for the story missions, upgrading your equipment and gaining new abilities.

The main aim when in base is to complete missions which will then open up the three main wings for the city to make use of. The three wings consist of Medical, Security and Technical and after completing the initial three missions to open these up, you'll complete further missions and side quests, which will allow you to upgrade each area. Once opened and upgraded each area will provide your character with new skills, talents and perks, each of which give you an advantage on the streets, be that remote turrets, portable cover or the option to heal your squad mates. This means that completing the missions is essential and doing so gives many advantages such as levelling up your character and gaining you new weapons and equipment, which you can choose to sell or even dismantle, allowing you to gain greater weapons or even build your own using the game's crafting system.

We tried and failed at completing a few of the main missions alone and don’t recommend it, unless your idea of fun is constantly respawning and trying again. It's much better to find a squad and team up with them. It'd be ideal if this squad was full of your friends, although we still had a lot of fun and success playing with random people. If you would prefer the solo experience then tackling the encounters is probably a wiser thing to do. Encounters vary in size, giving you a set objective and generally pitting you against a wave of enemies; again they aren't exactly easy but you should just about manage after a few attempts. With such a huge map you can run into danger just by wandering the streets of Manhattan. In a city ruled by criminals you’re faced with baseball bats, fire and being struck down when you least expect it, the Division enemies are tough. Manhattan is not for the faint of heart do you'll need your wits about you if you're keen on getting through your time in the city and staying alive. We recommend using the fast travel options although if you want to explore then you'll be on foot a lot.

Two heads are always better than one right? Well depending on the size of your team when taking on the main missions you will notice the enemies scale to the amount of people in your team. This means that missions are a huge challenge, so don't be surprised if you're often reviving your team or they are returning the favour. Missions can feel a little repetitive, but always become more difficult and usually wrap up with you facing up to a tough end of level boss, although they are worth the grind as the rewards will show.

As if the huge map and numerous missions weren’t enough to keep anyone busy. The Dark Zone is the player vs player or player vs really tough enemies zone. A place where rules are made to be broken, should you venture there. It's also where all the best loot is. The Dark Zone has its own level system, so the more time you spend there, the better the equipment you'll be able to make use of. The twist here is that any equipment you do find has to be extracted by helicopter, so by finding an extraction point you'll call one in and then defend your gains from both random enemies and any rogue players who decide you are easy picking as the clock counts down until extraction. This is why being in a team is always an advantage. Going rogue is an interesting concept. Whether you do it on purpose or accidentally shoot a team mate, hurting another marks you as a turncoat, at which point you can either hide till the heat dies off or fight for your life. There's plenty of incentive to hunt down rogues as the rewards are greater, so it seems that it's better to stay on the good side, unless you are a confident player.

The Dark Zone is yet another part of this wonderful looking game that offers a huge area to explore, split into different zones of difficulty. It's great that such an area exists within The Division and it's even better that it flows seamlessly into the main game.

The graphics of The Division are wonderful. Manhattan has that authentic post-apocalyptic look with its snow covered streets, abandoned cars and looted stores. The frame rate is pretty great too, with only a few comical glitches making an appearance in what is an otherwise excellent experience.

We weren’t sure what to expect out of Ubisoft's latest game with it being online only, especially when taking into account after the amount of time it's been in development. Thankfully, it turns out that it's as fun as it is addictive, so thanks to The Division, you'll find us in Manhattan.