An HD remake of the classic PS3 game 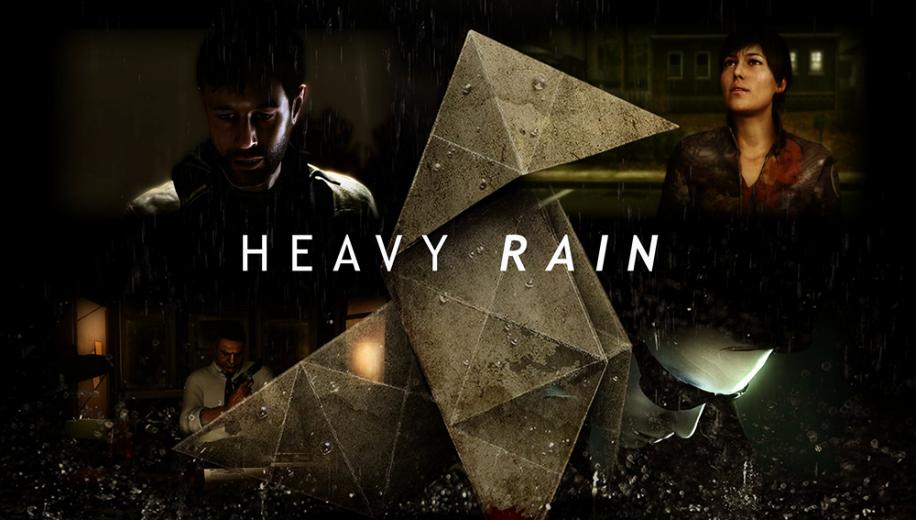 Heavy Rain & Beyond: Two Souls Collection PS4 Game (2016)
SRP: £30.85
When Heavy Rain first released, videogames telling a story was certainly not a new thing, however it was usually melded together in such a way that the action took precedence over the story. Quantic Dream however took a new approach with Heavy Rain, because here the game was the story and the theory was that everything that happened was down to you.

Playing Heavy Rain for the first time on PS3 was a bit like watching a movie as you have an idea of what’s going to happen, however as you move on and the characters make decisions, these affect the outcome and suddenly things take an unexpected turn that perhaps you didn’t see coming. Having played before, we had an insight of what was to come on the PS4 version, however that didn’t seem to spoil the enjoyment.


The game begins with you taking control of one of the main characters named Ethan. By partaking in everyday tasks and domestic chores such as getting out of bed, having a shower and getting dressed you are introduced to the game controls. Later on you are introduced to the character’s family and you interact with them, therefore building up a picture of what this person’s everyday life is like. From a game that promises so much it seems a very slow start but you will soon find out, it’s all very necessary.

Without wanting to give away any spoilers, Heavy Rain tells the story of four characters who, through different circumstances, find themselves trying to solve the case of the Origami Killer. Throughout the game you will take separate control of, the previously mentioned Ethan, a Special Agent named Norman Jayden, a Private Investigator named Shelby and also Madison Paige, a journalist. Throughout you will be helping them to make decisions that will ultimately decide their fate. The choices you are faced with can be tough and can create certain dilemmas, leaving you with little time to give some thought towards your response. As mentioned by the game’s Director, David Cage, each action has a consequence, although this seems to refer to the second half of the game as during the first half, any decision you make generally results in the same outcome.

At ShopTo we couldn’t help wondering “What If” after making our decisions and we certainly began to feel for the characters in the well-told story of the game which causes you to make decisions very much based on your instincts rather than deep consideration for the consequence. Heavy Rain is a clever game, of that there is no doubt, you will need to play through it quite a few times if you wish to see all of the endings and earn all of the rewards, but doing so will provide you with a different experience from what you saw first time around, specifically in the second half of the game.

Of course to make this a fair and balanced review we replayed the game purposely making different decisions to see what changes happen in the story based on our reactions.


The presentation and controls are all blended together so well that they are almost one. Throughout both the Third Person and QTE scenes you are prompted by on-screen actions which not only help you explore your surroundings for clues but also help with your decision making and act to keep you out of harms way (and sometimes place you right in front of it). With decision making being such a main part of the game we feel that the controls are perfectly suited to the situations you find yourself in, blending in well with the overall action and helping the game feel closer to real life than most others do.

Thanks to its wonderfully crafted story there is no doubt Heavy Rain will keep you gripped. We at ShopTo were hooked into watching each other play just as much as when we played out the story ourselfs; it’s just so intriguing to see what happens next and you definitely don’t want to miss any part of the story.

Being an HD remake, the game is probably not the most stunning that you’ll see on PS4, although thanks to some very clever motion capture, the action, environments and characters look still look pretty wonderful when upscaled to PS4’s higher graphical capabilities.

It’s definitely worth mentioning the sound, although often overlooked, the drama and atmosphere the music, acting and sound effects bring really help to create an emotional mood, therefore depending on the situation you find your character in, all of the games elements will blend together to help you feel for them. 
Maybe it’s not what you’re used to if your usual game is all-action shoot fest but it’s difficult to not get drawn into the slow mover which no amount of button presses will make you let go.

Unfortunately for Heavy Rain though, we feel that most gamers may not have the patience to stick with it, which is a shame because if you do then you begin to realise that this game is a classic, with a story told like none before it.
To comment on what you've read here, click the Discussion tab and post a reply.
Article Specs Discussion (110)