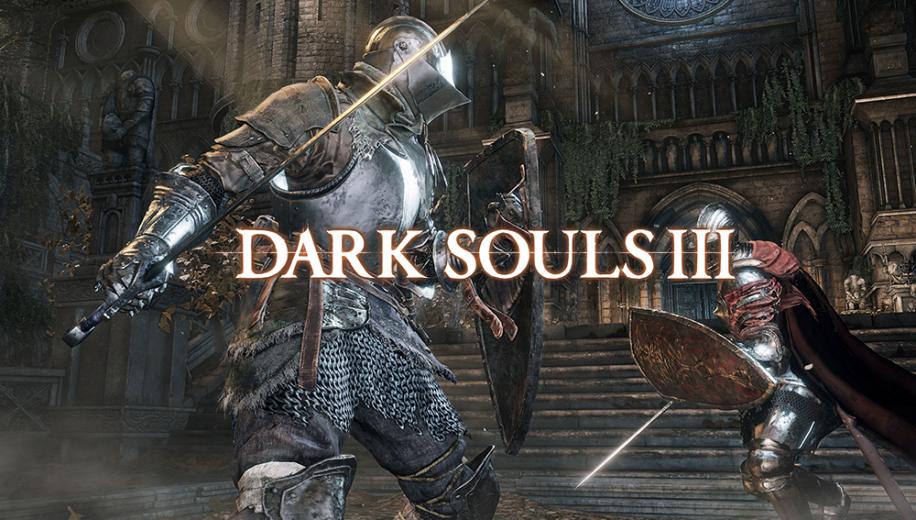 Dark Souls III PS4 Game (2016)
SRP: £59.86
The proposed final chapter of the Dark Souls saga finally arrives, with gamers clambering to unearth its many secrets as they die over and over again.
Once again set in a Gothic and dilapidated world full of monsters and the undead, your weary "hero" must venture through the untravelled and perilous paths in search of souls and ultimately, the Lords of Cinder.

Dark Souls III is a third person action game where you jump, roll and parry your way through swathes of enemies in a ballet of death, where every movement could well be your last. If you haven’t played a previous Dark Souls game you’ve just got to get up and try again, and again and again. If you do struggle, try and find a new route, or wander around a little, earn some souls, level up and try again; everyone who has played has done the same and there’s no denying it is still fun.

If like us you have played previous Souls titles death may not come quickly at first, familiar systems and attack patterns initially allow quick progress, but then the game throws a spanner in the works, with a seemingly harmless monster suddenly splitting open, revealing a giant of blood and sinew erupting forth, smashing you within seconds, complacently kills in this game and is a reminder for all that venture into this new world, this game will own you. There is the ability to purchase items and level up your character through collecting ‘Souls’, the main currency in the game. Along with collecting souls you also slowly accrue quite the armoury, carrying around a vicious assortment of knives, bombs, swords, axes, shield, bows and arrows and a magic book full of offensive and defensive spells. With the inventory management still a little clunky to navigate, it is still easy to equip and use whatever you are carrying, each weapon having multiple attacks, single and double handed uses and dual wield possibilities.

New to the series are Arts, which when certain weapons are combined they add another move to the already deadly repertoire, though this will come at a cost to either your magic bar or even health. To help offset this harsh cost is another new addition to the series, the Ashen Estus Flask, working in a similar way as an Estus Flask would grant health, the Ashen Flask refills your magic gauge. Like previous Dark Souls games, you can guarantee to come across messages from other players marred by a frustrating experience of dropping requests and waiting patiently for someone of a similar level to need assistance on whatever area you are on.

For the fans of the previous series this is a must-have game and if you’ve not played before there may be a lot to get through before you will begin to understand just what this game is all about, but one thing is for sure, you won’t be left disappointed!