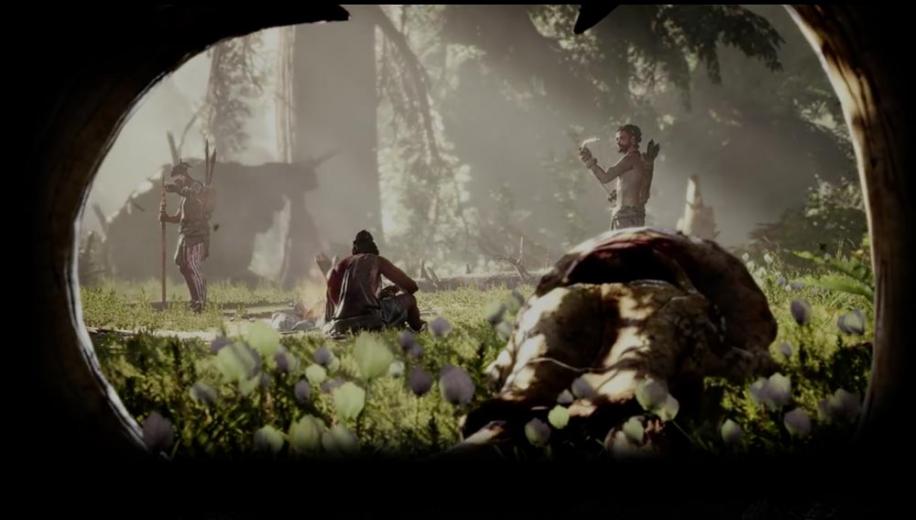 Far Cry Primal PS4 Game (2016)
SRP: £59.99
People were left confused when Far Cry Blood Dragon was first released by Ubisoft; what was this retro inspired game and what did it have to do with Far Cry? Primal could leave people feeling the same, as it seems it’s more inspired by the sense of exploration and need for survival that you see in games such as Rise of the Tomb Raider, rather than the rest of the Far Cry games. Whatever the inspiration, there is no doubt that this is a wonderful game in its own right.

Primal starts with you taking control of Takkar the caveman as you look to build your tribe by gathering materials, improving your village, fighting off enemy tribes and, of course, taming wild animals. If you have a light stomach or are averse to animal cruelty, then perhaps it may be best to steer clear as the opening to the game couldn't be any more brutal, as you'll see if you fancy watching any of our first play videos seen within the article.

After what is quite an opening to the game, you're suddenly tasked with helping to save the Wenja, the troubled tribe of which you are a part. There are a few other tribes within the game, although you'll generally only worry about them when you are bludgeoning them with your club. Whoever you encounter along the way is out to survive and different tribes have different ideas as to how this should be done, even resorting to eating their enemies, so it's safe to say that it's not the most civilised of societies.

The main aim of the game is to save your tribe and, by association, build your village. The main story starts with just you and a cavewomen called Sayla, however it's not long before you start to build the population, first by finding a Shaman, who teaches you how to tame and control animals and populating your village from there. Of course, the more you try to populate your village, the better things become, as suddenly you'll gain new skills, new equipment and build new relationships as you save wandering villagers from certain doom. There’s a great feeling of achievement as you watch your village grow, through a mixture of completing missions and material gathering. The sense of achievement only increases as you are introduced to newer areas and face more difficult challenges..

One of the best parts of the game is the ability to tame animals, starting with the ability to control an owl and see the world through its eyes, before you find yourself taking control of Wolves, Riding Brown Bears, Sabertooths, Mammoths and more. Since you are hardly armed to the teeth with an arsenal of weapons, you are forced to play the game in a different way by calling on your animals; summoning them to help you attack wild animals or other tribesmen, whom you'd surely fail against without your Dr Dolittle-esq skills.

As you'd expect, once the game draws you in, you're met with a rather large open world which is full of all manner of hazards. In this respect it's wise to complete as many of the side missions and main missions as you can, as this will allow you to level up and unlock the various skills that you will need to survive. You certainly won't want to be wandering around when darkness falls in this world without the skills to back you up. Thankfully, if you do manage to meet your maker, you'll respawn at any campfires you manage to claim and, in a similar move, if you find the various bonfires which are spread throughout the world, you can then also fast-travel between these areas and your main village.

If you’re wondering about the performance of Far Cry Primal you needn’t worry as, from our experience of the game, we haven’t seen many issues, with the framerate behaving itself well and there not being many, if any, glitches to speak of. The game also looks as beautiful as you'd expect a prehistoric world to be, with plenty of greenery and no unsightly brown brick buildings to be seen.

Far Cry Primal isn't really the game we were expecting it to be. The exploration, survival and material gathering elements more than overshadow the story arc and, therefore, you'll no doubt find yourself more interested in getting lost in the world, rather than paying attention to - or even caring about - anyone but your tamed animals. Sure, it's nice to see your village grow and form relationships with those around you, but the real star of Primal is its setting and the way it drags you in.