Post AV - the stereo gear gunning for your AV Receiver 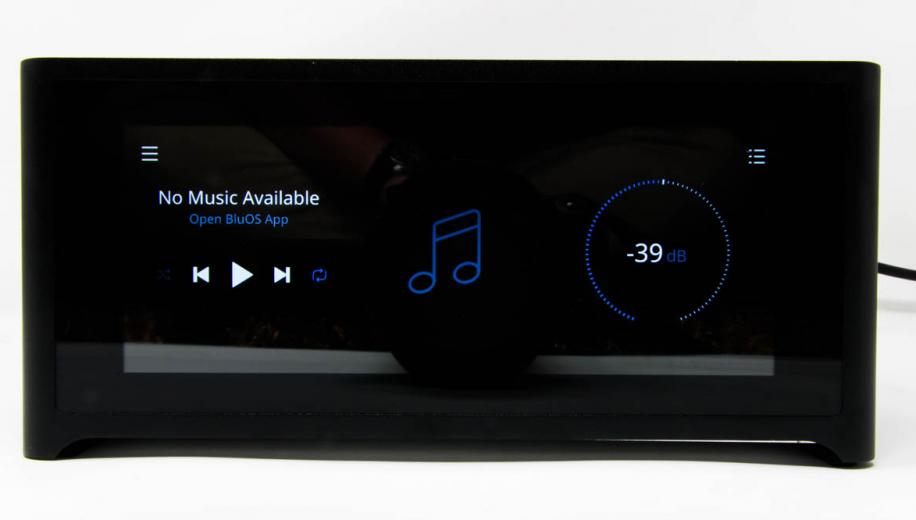 In a few of my recent reviews, I have suggested that there is what amounts to a complete new category of product. It spans a wide price point and, for the moment, it is really only tied together by a single attribute - it is looking to be considered as a replacement for your AV receiver and multichannel system.

This is hardly a brand new phenomenon. People on this forum and beyond have pottered back and forth over this divide depending on space, budget, mood and priorities. What has changed though is the level of enticement being offered. Not too long ago, if you changed from a multichannel system to a stereo one, that came with certain concessions. Your stereo system probably didn’t have many digital inputs on it, it was even less likely to switch and collate your video sources and it certainly didn’t perform any form of room optimisation.

Over the last few months, that has changed. Without it being overt, we’ve seen a variety of two channel equipment hit the market where it is partly (or indeed on occasions, wholly) aimed at customers who might be looking at their existing multichannel setups and thinking that there might be another way. So what has prompted this design shift? Is it going to work? And, what does it mean for multichannel AV proper?

That I’m writing this piece at all is something that I periodically find hard to get my head around. Not too long ago, affordable two channel was very firmly on the ropes. There were few cogent arguments for what it did that weren't convincingly covered off by what affordable AV receivers could do whilst at the same time offering all sorts of exciting extra bells and whistles. A number of major companies abandoned their two channel lines altogether or whittled them back to a sort of curio list of objects with open ended lifespans.

The reasons for how this seemingly catastrophic situation came to be reversed is outside the scope of this piece. Suffice to say that I while I would suggest that major players in the AV industry made some critical errors in product development (sometimes more than once), some parts of the present market have their origins in wholly unexpected factors in the market. These include (but are by no means limited to) fruit themed IT device manufacturers sowing the seeds of a headphone boom (from which begets a supply of stereo enthusiasts) to an amazing number of otherwise sane people who have decided that a sixty year old playback medium that responds poorly to dust is the way forward for their personal listening.

A significant element though is that two channel products learned some of the tricks of their multichannel brethren. Some of this has been driven by developments that might be seen to be solely stereo and others are a far more pragmatic ‘borrowing’ of AV tech. In the first instance, things like the increase in digital inputs on two channel audio is something that would have most likely have happened anyway. With the decline of CD as the primary source for two channel, equipment has been fitted with the connections to handle your inputs however they might manifest themselves.

Not too long ago, affordable two channel was very firmly on the ropes

Others are more recognisably influenced by multichannel. The arrival of HDMI ARC on two channel products (and, just as a reminder, not solely ones at the affordable end of the market either as the Naim Uniti Nova and Cambridge Audio Edge A - both devices that cost more than four thousand pounds - are fitted with them). This connection serves no purpose that can be defined as ‘Hi-Fi.’ It’s there to ensure that connecting a TV to your Hi-Fi system is not only possible but actively convenient.

My use of the word ‘convenience’ is deliberate too. Even now, the Hi-Fi industry has an uneasy relationship with convenience. As I type this, I’m listening to an amplifier that comes in no less than seven separate chassis and while it sounds very good indeed, it might be a stretch to describe it as compact or easy to install. This is now the exception to my test work rather than rule though. I routinely look at equipment that does far more than audio equipment of old but manages to be easier to use and more flexible at the same time.

It’s possible to argue that this is driven by phones and tablets and it is, up to a point, but some of it is a response to the developments that AV manufacturers made in AV receiver setup and use. In less than ten years, AVRs went from being something that required tape measures, SPL meters, a working understanding of fairly involved wiring diagrams and a general sense of impenetrability into something you could reasonably expect a ‘normal’ person to do. This has rubbed off gently on two channel equipment. There’s still a culture that a little complexity is somehow good for the soul but now, if this isn’t your thing, there are plenty of options that go rather lighter on the masochism.

This means that going from a modern AV receiver to a modern piece of two channel audio is no longer like stepping back in time. It has been remarked on before that brands like Naim have gone from the levels of minimalism that eschewed digital outputs on their CD players to including AirPlay and Bluetooth on their flagship streamer but, in miniature, it reflects a change in outlook across the industry as a whole. There is no appreciable effect on the performance of a device simply because it is able to receive audio from your phone when all you want to do is show an incredulous friend the video for Salvatore Ganacci’s Horse.

Birth of a Segment

While there is a movement to make all two channel equipment more accessible and user friendly, within this there is also a segment of product that is deliberately and intentionally designed to target people stepping down from multichannel AV. Deciding exactly where this category begins and ends is not an easy one because, like almost everything to do with Hi-Fi, there is a degree of subjectivity to it. Some products like the Naim Unitis or NAD M10 are clearly designed to appeal to people who need a device to cover both music and TV/Film but they remain fundamentally Hi-Fi in nature - plenty of both will be sold that never go near a display. They might be better seen as ‘Post AV adjacent.’

The levels of adjacency vary. It is more likely that a NAD M10 would be used in a post AV setup than the Naim but both will do the job. Looking at amplifiers, the support for 2.1 operation that the Parasound HINT6 has probably makes it a more likely device to replace an AV receiver than the Cambridge Audio Edge A, even though the latter has HDMI ARC. We can argue about the specifics in the fullness of time (or simply watch to see how things work out).

Deciding exactly where this category begins and ends is not an easy one because, like almost everything to do with Hi-Fi, there is a degree of subjectivity to it

Something like the Marantz NR1200 on the other hand is very definitely a ‘Post AV’ product. It sits alongside more conventional stereo amps, AV receivers and all-in-one systems and offers elements of all of them to create something that is not a direct replacement for any of them but instead a device that functions in stereo while handling all the inputs that an outgoing AV receiver might have done.

Interestingly, it isn’t the first product of this nature we’ve seen. Arcam produced the SR250 nearly four years ago (and, it has to be said, has discontinued and not replaced it). In my personal opinion, the Marantz is better template for a true Post AV product than the Arcam because the SR250 retained too much of the functionality of an AV receiver and shared their shortened product lifespans. More prosaically, it simply arrived before the market was ready for it.

Like most aspects of the audio market though, it would be (very) wrong to assume that there is a unifying grand plan behind the development of product. Much as we like to think of companies having a single minded vision of the next five or ten years, more often than not companies will throw stuff at the wall and see what sticks. The critical point of any product cycle is the second generation. First of all - obviously, but it warrants mention - there has to be a second generation. If there is, it tends to refine the specification as to what has worked and what hasn’t. The functionality of the second generation all-in-one systems has crystalised in a way that wasn’t the case with the earlier models, so we need to see if this current experimental Post AV phase becomes something more concrete.

So, what does this mean for AV receivers? Like most columns, there is a provocative element to what I’ve written here but there are questions to be asked of the specialist AV market that it needs to do better at answering. As well as these specialist stereo products, the soundbar market is also taking chunks out of affordable AV receivers - and the upgrade path that a customer takes from a soundbar dovetails more neatly with a Post AV product than an AV receiver.

Obviously, for the dedicated enthusiast, neither of these new nascent categories can get close to a well set up multichannel system and, for as long as enough enthusiasts buy enough product, the need to service it will continue. I do not believe that two channel products - even supported by soundbars - will get as close to wiping out AV as was the reverse a few years ago. I do think that the rationalising and slimming of product ranges is going to continue though. As well as a reduction in electronics, more lines of speakers are going to omit centre channel models (to say nothing of more specialist options) while a smaller number of companies double down on meeting the requirements of the core of customers who want to continue.

The more positive way of looking at this is that, with some more adept marketing and forethought, there is scope for a much more coherent approach to bringing new customers into the world of high quality audio - via standalone speakers and soundbars. They can then work out in which direction they want to develop their interest; either with a greater emphasis on music or film and for there to be a logical path either toward a more capable two channel system or indeed full blown multichannel. These new arrivals in the two channel category simply broaden its appeal in doing this.

The more positive way of looking at this is that, with some more adept marketing and forethought, there is scope for a much more coherent approach to bringing new customers into the world of high quality audio

At the moment, Denon and Marantz are probably closest to having this arrangement in reality and it will not be a practical thing for some smaller companies to achieve on their own so there will undoubtedly be some that choose to specialise in a given area. Ultimately, the long term health of the whole consumer electronics sector is dependent on getting new people through the door and keeping the existing ones. If a key element of doing that is two channel product that does some of the things that were historically the preserve of AV equipment, then it is something we should embrace. After all, a little convenience never did any harm.