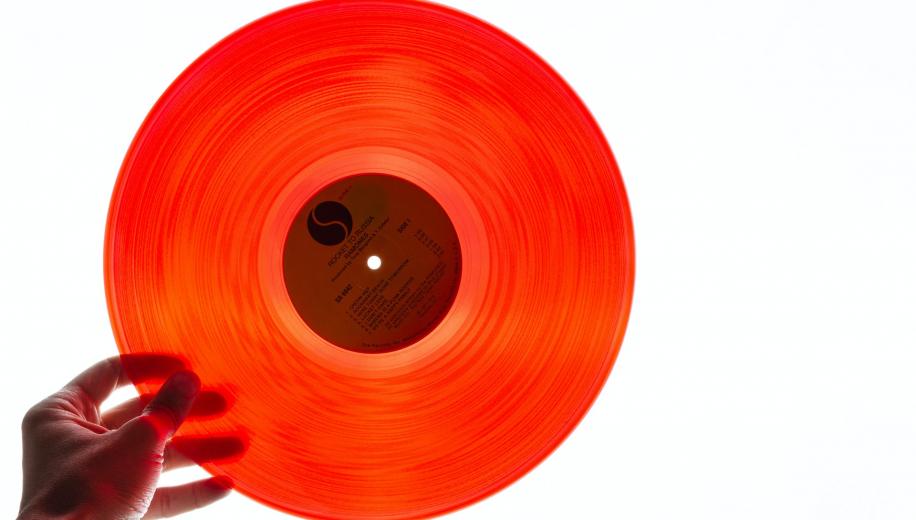 We all have a mental list of our favourite albums (if you don’t, I invite you to consider why are you reading this?- it's going to be a bit of a theme).

For many of us, that list is a long one (and they only get longer as we get older). I thoroughly enjoyed writing both the 50 Essential and 50 Live album lists and what staggered me was how much longer either of those pieces could have been (but for many very good reasons, not limited to my sanity and your patience, were pegged at 50 - as a heads up, there will be more and I’m open to suggestions as to genres and periods you might want to deep dive). It’s a less relevant metric in the age of the streaming service but a rule of thumb would suggest that anything you bought on physical media ought to in some way, shape or form, be a favourite album. Obviously, they can’t all be; who amongst us hasn’t fallen victim to a barnstorming single that glitters like a diamond in an otherwise festering dog egg of an album? For the most part though, there is nothing to prevent a list of favourite albums being hundreds or even thousands of albums long.

This is not about favourites though. This is about something altogether rarer and more elusive. How many albums can you think of that are perfect; where every single second is great? Where there isn’t a single track that you’ll skip and that it is cumulatively greater than the sum of its parts. I spend the better part of my life listening to music and my personal list (which we’ll come to) is a mere five albums long. As a point of comparison, that’s shorter than a list of films I consider to be perfect despite that fact I watch far fewer films. 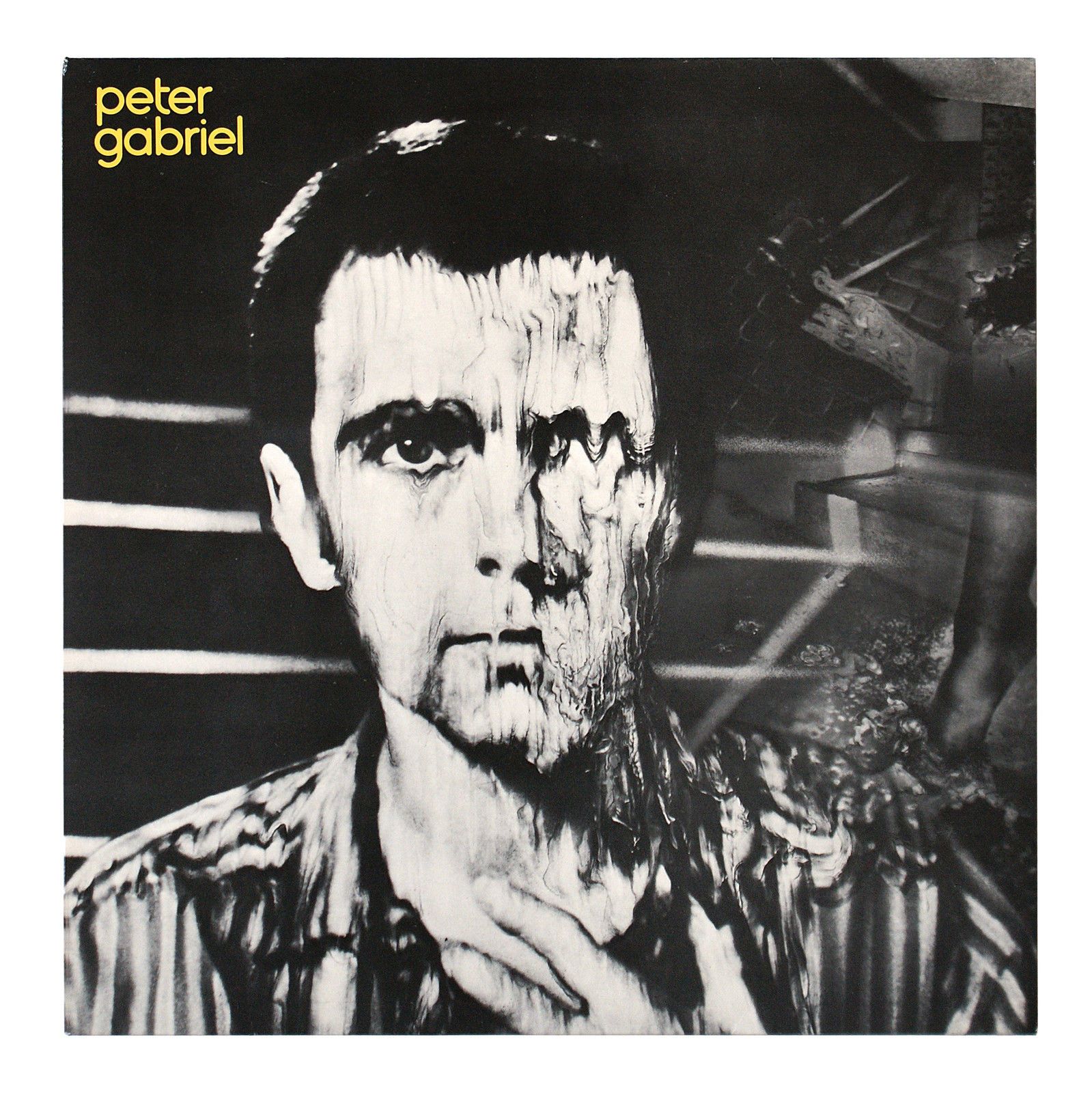 How many albums can you think of that are perfect; where every single second is great?

Why is this? Part of it stems from the differences in presentation. All the way back to vinyl, albums are generally demarcated into tracks. These have defined starts and ends and, unlike a film, chopping one out of the playing order doesn’t have a significant effect on the passage of the rest of the album. This is not to say that there aren’t films where the same doesn’t apply with specific scenes but the list of great films that have a completely skippable scene in them is pretty rare. To add to this, while Mr Withers assures me that directors have some say in the placement of chapter markers on discs, they are not the same as the business of composing individual songs and rarely as neat a demarcation. To skip them is to lose the cohesion of the film itself.

Then, there’s a question of tone. If we carefully put the idea of the concept album to one side (and not necessarily in the bin, although many concept albums deserve it), most albums might be thematically consistent but they are not as focused a subject as a film is. In fact, just to make things tricky, we generally regard great albums as being ones that combine at least a few variations to theme and tempo to them. This becomes a balancing act - enough variation to be interesting but at the same time, avoiding putting something in there that simply doesn’t work. 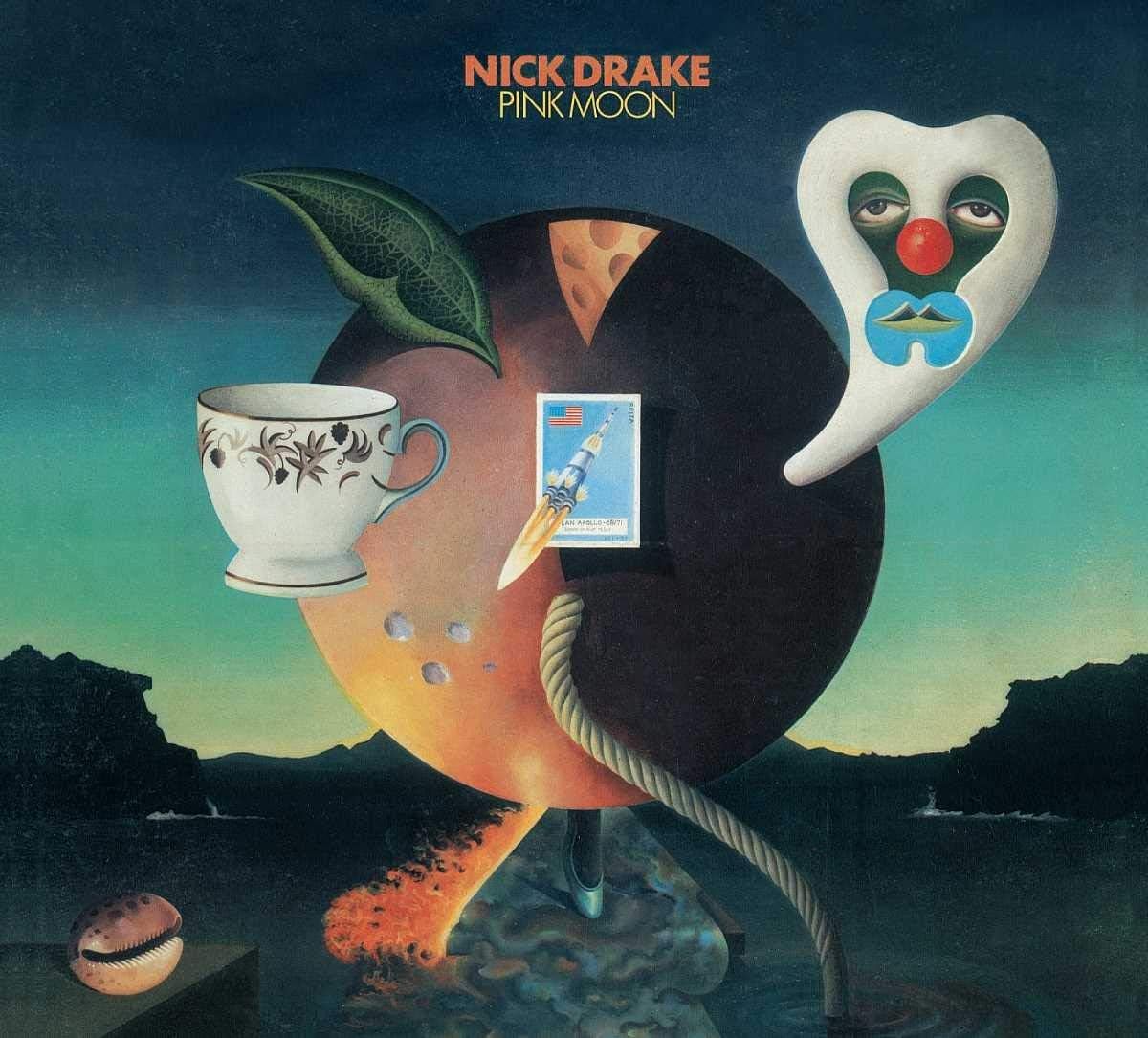 In fact, my list of albums that miss perfection by a single track is extensive list in its own right and I suspect, when you think about it, yours will be too. When I idly sit and think about it, there are some truly legendary albums that miss out on me finding them perfect by a single track. Peter Gabriel’s So is a mighty album but has Big Time- not in itself a bad track but one that sits in the context of the album like a fried egg on a plate of sashimi - lurking awkwardly in the second half. Audiophile cliché Dark Side of the Moon is a great album but does On the Run really need to be 3:29? (in fact, we’re going to revisit this later because, such is the nature of 2020, these things are no longer set in stone). In more recent history, the business of adding interludes and other ‘break points’ in albums has rarely, if ever improved them.

In fact, in the same way that the lure of new toys in cinematography didn’t always translate into a better end product, technology hasn’t always helped the pursuit of perfection in music. Given more space - first with the advent of the CD and now, with technically unlimited streaming run times- artists have generally moved to fill it. This has generally meant more tracks per album and with it, the higher chance of there being a duffer in there. The 80 minute maximum runtime of a CD is the equivalent of an old school double LP and it is small wonder that few artists can really deliver a great one of those. In recent years however, albums have been getting shorter again and this augers well for a return to form.

Of course, this trend also reflects the decline of the album as an ideal. For many artists, their release schedule is a trend of little and often EPs that promote a touring schedule where - for better or worse - many artists make the bulk of their revenue these days. I find myself in two minds about the rise of the EP. Some of them are roughly the same length as an old vinyl LP and this lends them a leanness that really helps them, while others are glorified singles without the depth of a good album.

... there are some truly legendary albums that miss out on me finding them perfect by a single track

This isn’t something that has come from out of the blue though. We as consumers are buying fewer albums and listening to them less on streaming services, preferring instead to go for the ‘all killer no filler’ experience of the playlist. This being the case, artists can hardly be blamed for concentrating on doing things that actually earn them some form of income (although, many have spotted that among those of us still buying albums, making a good one and then ensuring it is sold in a memorably tangible way is still rather effective).

With all this said, I don’t want to fall into the ‘streaming services are bad’ trope for two reasons. The first is that by using their playlist functionality, you can on occasions make a nearly perfect album, a perfect one at least for you, the person creating your own deep cut. By way of an example, the aforementioned Dark Side of the Moon. Take On the Run out of it and in its place insert Childhood’s End from the concurrently recorded Obscured by Clouds in its place (and ignore the awkward gap that can’t be edited out). For me, that’s a radical improvement. Your mileage, of course, may vary but I would imagine you are suddenly thinking about an album it might work with for you (as a hint, albums that have plenty of singles with b-sides are a great starting point as you can augment them as easily as chop them).

The second reason is that we; myself and any of you reading this who want to contribute - are going to use streaming services to try and hunt down and compile our own list of perfect albums. It’s going to involve lots of discussions, finger pointing and - I suspect - at least a bit of arguing but I am fascinated to know what albums you consider to hit this most elusive category. I’m hoping that at least some common ground can be established and from there, we can have a set of albums we venerate in a similar way to the cinematic classics. To start the ball rolling, I said that I have five albums that meet the criteria that I love every single second of them so here they are, as ever, presented chronologically. 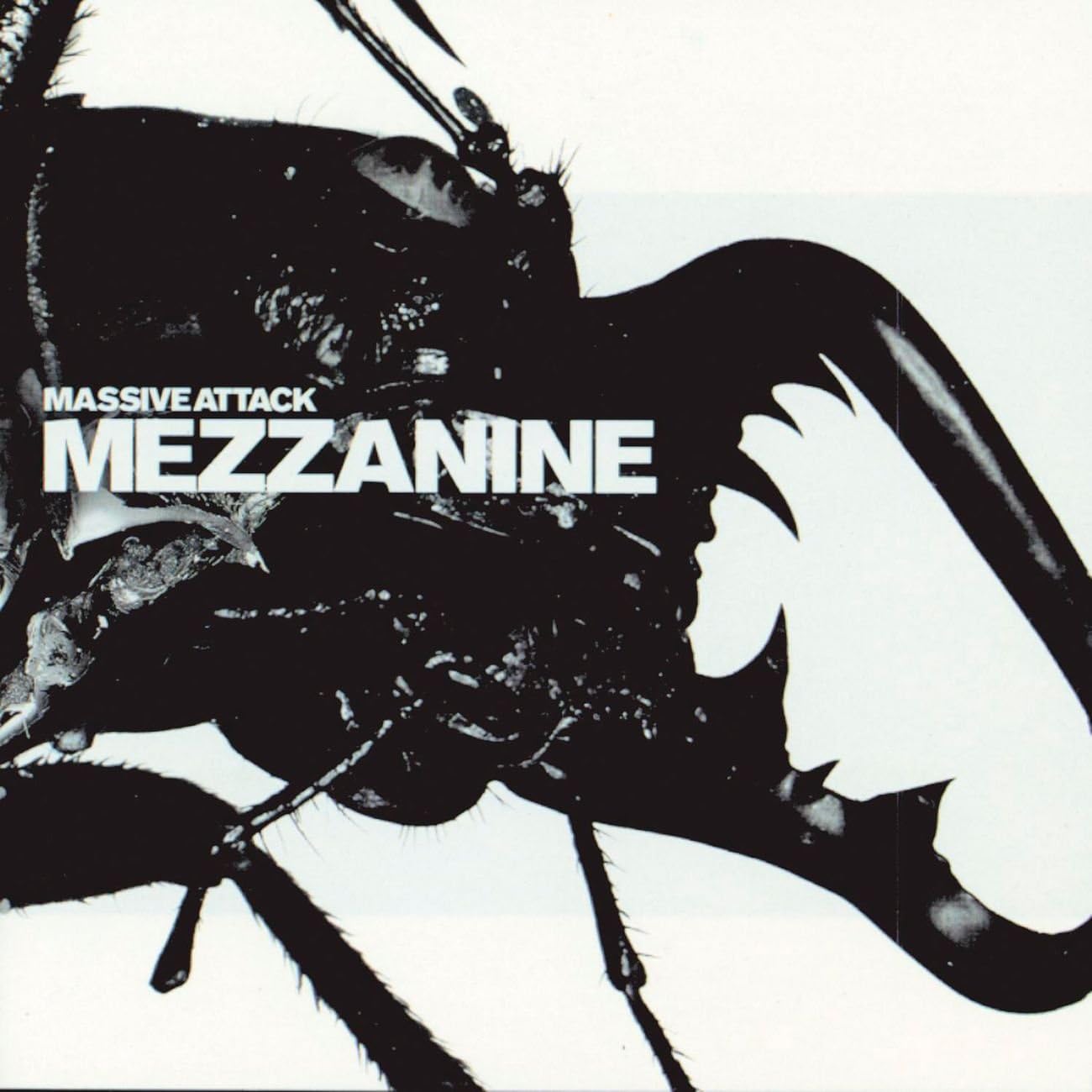 Nick Drake Pink Moon Just 30 minutes long and devoid of frills or fripperies, Pink Moon barely left a ripple on release but it is one of the most intimate and personal albums ever recorded. Its brevity, both overall and in the length of the songs themselves, means that it never overstays its welcome. Much is made of it being melancholy (and melancholia being a wider element of Drake’s work) but it’s far more nuanced than that and its closing track From the Morning has always been a source of genuine joy for me.

Peter Gabriel Peter Gabriel [3] (Melt) The best thing Peter Gabriel has ever done - and he’s done some great things. The most tonally consistent, imaginative and - let’s be honest here - creepy album in his catalogue. It manages to incorporate the full remit of both his vocal repertoire and compositional skills and, without ever doing anything other than flow perfectly, it has moments of reflection, rage, joy and whimsy. It’s a cliché now but it’s also the first time that the legendary Phil Collins gated drum effect (provided by the man himself) was released on an unsuspecting public.

Talk Talk The Colour of Spring I summed this up as ‘the best album of the eighties’ in the 50 Essential Albums piece (to some dissent it had to be said) and I mean that. What makes this album so transcendent is that it balances the pop sensibilities of earlier Talk Talk albums (and they wrote some great pop songs) with the move that would be completed in the following two albums to some of the earliest examples of Post Rock. Those wildly contradictory positions somehow exist in perfect harmony here.

Massive Attack Mezzanine I could (and on occasions after ingesting enough beer, have) go on at length that the eighteen months through April 1997 to November 1998 saw more albums that have genuinely stuck with me released than any other period in my life. This is the crowning glory of the lot though. Not only is it a perfect album in its own right - and there really isn’t a second of sound that shouldn’t be there - it also served as a genesis point for a style of electronica that continues to build and evolve to this day.

UNKLE War Stories Another from the Essentials list. War Stories lives up to the name. It is both a musical journey and an experience. It uses its guest stars with a lightness of touch to build a world that ebbs and flows and never once outstays its welcome. There’s a cinematic element to it that indisputably helps too - to listening to it out and about is to have your own personal soundtrack.

So there, I have shown you mine and I would very much like you to show me yours. Remember, simple greatness is not enough here. If there’s a song you don’t feel cuts the mustard, then the album is out. If you can give at least some inkling as to why you feel it is perfect, that would help too. Treat each other’s selections with an open mind - I’ll be listening to as many as I can - and I hope to collate them into something we can view as whole and use as something of a reference going forward. Let’s make something beautiful.