Is there room for another format in your life? 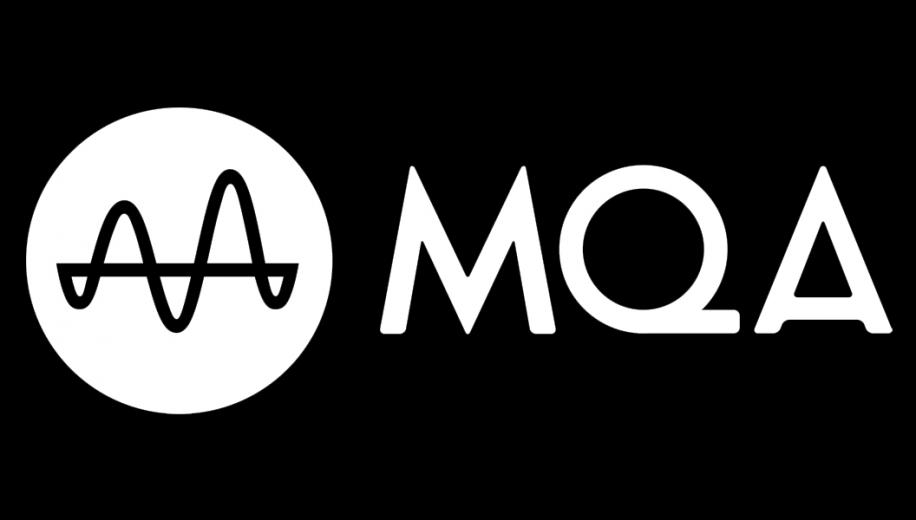 Within the broad umbrella of 'digital audio', there are a bewildering selection of sub formats that can feature.
Even a fairly well organised collection of digital music might see WAV, FLAC and MP3 files in it and the options beyond this are enormous with AAC, AIFF, Ogg, DSD and WMA all in fairly widespread use. Given that we have such a vast choice to hand already, you might wonder why anyone would possibly consider adding a new one in the expectation that it would see widespread take up. On the face of it, this is what MQA is seeking to do but there is a little more to it than that.

In order to understand why MQA has a reason to exist, we'll need to cover some basics about digital audio in 2017 and then look at what MQA offers in relation to this. Having done so, we'll dust off our crystal ball and try and work out what the future might hold for it.


A question of resolution
Modern digital listening broadly breaks down into three categories; compressed, lossless and high resolution and the formats in use will vary depending on which category you are using.

This refers to audio that has a bitrate lower than that of the original CD specification of a digital signal of 16 bits sampled at 44,100Hz to deliver 1411kbps of information. Commonly encountered compressed formats include MP3, AAC and WMA and they are generally used at compression rates between 128 and 320kbps – so even at their highest rate they contain only 25% of the information of a lossless signal. Popular applications for this material includes streaming services, internet radio and some digital download services.

This refers to audio that is presented at or near the original CD sampling rate of 1411kbps. To be classed as a lossless file, it must be possible to recreate the original file from the one you are listening too, even if some compression or packing has been applied to it which is why it is possible to compress a lossless file and still have it described as such. Formats commonly used for this purpose include WAV, FLAC, ALAC and AIFF. As well as being what you will find on a CD, lossless audio is used by some streaming services and many record labels will sell you lossless files for download.

The last category is the most niche. This deals with audio material that is delivered in sampling rates greater than 16/44,1. This is most commonly delivered in 24 bits with sampling rates between 16/44,1 and 384kHz. Formats used for high res include WAV, FLAC, AIFF and DSD. Until recently, high res was really only available as purchased downloads and on DVD Audio and SACD discs (remember those?). The very large size of the files in question mean that live streaming files of this nature is extremely difficult. Even a 24/44.1 file will be substantially larger than the same material encoded in 16/44,1.


So where does MQA fit in? MQA (an abbreviation of Master Quality Authenticated) is designed to take the larger high resolution files as they currently exist and package them more effectively. Rather than a compression algorithm, MQA might be better seen as a zipping process. Applying MQA to high resolution files reduces their size to something very close to a standard lossless file size that is already being streamed without issue. The format offers the ability to boost quality without increasing the bandwidth demands on your home network nor that of the supplying service.

Where MQA gets smart – or at least pragmatic – is that unlike something like DSD, it isn't an all-or-nothing format. If a non-MQA capable decoder encounters material that has been MQA encoded, it can still decode the lossless version of the information. An MQA capable decoder is needed to get the full benefit but it won't cease to function if you don't have one. Another interesting – and only recently unveiled – extension of this is that MQA decoding can be built into the software of an app or program and used to export a high res digital signal to a non MQA equipped device. If that software detects an MQA capable product, it can hand over decoding to that instead.

The other element to MQA is the 'Authenticated' part. This functions as a marker that can be applied to an MQA recording when it is signed off, effectively saying that the artist and engineers are happy with it. So long as no further adjustment is made to the recording, when it is received by an MQA capable decoder, the material will be flagged as authenticated and be as the artist intended – within the boundaries of the equipment you happen to be using at the time.

If the recording is altered after this point, the theory goes that while the file will still be decoded by your equipment, the MQA 'flag' will not light which should tell you that the recording is not as the artist intended it to be. As it stands, I don't know of any MQA recording where an unauthorised change has taken place for this to be tested but the idea at least is an interesting one.

If you are really on board with the MQA concept, there are further benefits. The format is designed to resolve (or depending on your views of these matters, provide a different solution to) the issues of handling high frequencies in audio and the 'ringing effect' that can bedevil them. When I visited the MQA HQ in 2016, format creator Bob Stewart was keen to stress that remastering almost any digital recording in MQA would yield benefits from doing so. It is important to stress that this view is not universally shared in the industry and neither does it represent the primary focus of MQA at this point.

Also something that may be possible in the future is the application of MQA packing/unpacking to the soundtrack section of film and broadcast material. The same principles would apply and allow for a higher quality audio from the same allocated bandwidth – which is unlikely to increase as the demand for greater resolution and HDR continue apace. Again, it is important to stress that this is firmly in the theoretical at the time of writing.


Where can I get MQA files? At the time of writing, MQA has reached agreements with a number of retailers of high resolution audio material, including High Res Audio and Onkyo Music. Files purchased from here will be decoded by MQA compatible decoders (or as lossless files by non compatible devices). The content itself, based on some experiments with albums from High Res Audio are of excellent quality but don't exactly overflow with household names.

Rather more significant is the recent announcement that Tidal has launched a high res on-demand section of their service that makes use of MQA – and unpacks the content via software built into the desktop app. As such, you can try MQA – at least partially – with any high res USB product and if you have MQA compatible hardware, it can be used to perform the whole decoding process. The Tidal content does include some rather more well known names and a full list has been drawn up to show you what there is. In his interview with me at CES 2017, Spencer Chrislu was keen to stress that other organisations are looking at MQA as part of their streaming delivery system:

What can I play MQA files with? MQA has announced partnerships with a selection of manufacturers and claims to be in discussion with a considerable number more about the ability to decode MQA natively. At the time of writing, the only product that has passed through the review process that supports native MQA decoding is the Pioneer XDP-100R portable audio player. Other hardware from Onkyo and
What are the prospects for MQA?
Up until the announcement about the Tidal Masters at CES, it might be fair to say that the considered outlook for the survival of MQA was somewhat marginal. If the format was to survive, it would join the group of specialist formats used by a minority of very serious audio users like DSD or even high res versions of FLAC and WAV. The Tidal announcement has undoubtedly changed this position somewhat. All of a sudden, MQA does have a conduit to more mainstream use. In turn, its adoption by Tidal means that the whole concept of high resolution audio is now something that will see a little more mainstream attention.

At the same time, it is important not to get too carried away with the Tidal announcement for two reasons. The first is that the method by which MQA is employed by Tidal does not immediately require MQA compatible hardware. If you have a high res capable USB product, it will receive a high resolution audio signal regardless of whether that company has signed up with MQA. It also has no effect on users accessing Tidal through the web portal, mobile apps or inbuilt product support – the high res versions show in the searches but can only be played at the existing 16/44,1 rate.

The second is that while Tidal is an excellent streaming service and still our considered pick of the current pack, its financial woes are well broadcast and the long term viability of high quality streaming has yet to be proven. This being said, the recent investment news from Sprint is rather welcome. It will be interesting to see if the availability of a higher quality option proves to be a convincing pull for mainstream customers.

This being said, MQA has done a more effective job of creating media, signing up partners and generally acting like a viable option than some previous attempts to bring 'the next big thing' into the audio arena so this has to be commended. It's hard to get a handle on the level of intended take up from manufacturers who have spoken to MQA – many of them have ensured that they were early through the door but have yet to decide whether to publically proceed with support – but if other streaming services do start to make use of the system, the motivation for them to do so will improve further. It is impossible to overstate the high end audio industry's inability to get on with each other though, so expect at least a few high profile holdouts in addition to
To comment on what you've read here, click the Discussion tab and post a reply.
Article Discussion (110)