In Memoriam: The Death of 3D TV

So long 3D TV, we'll see you in another thirty years 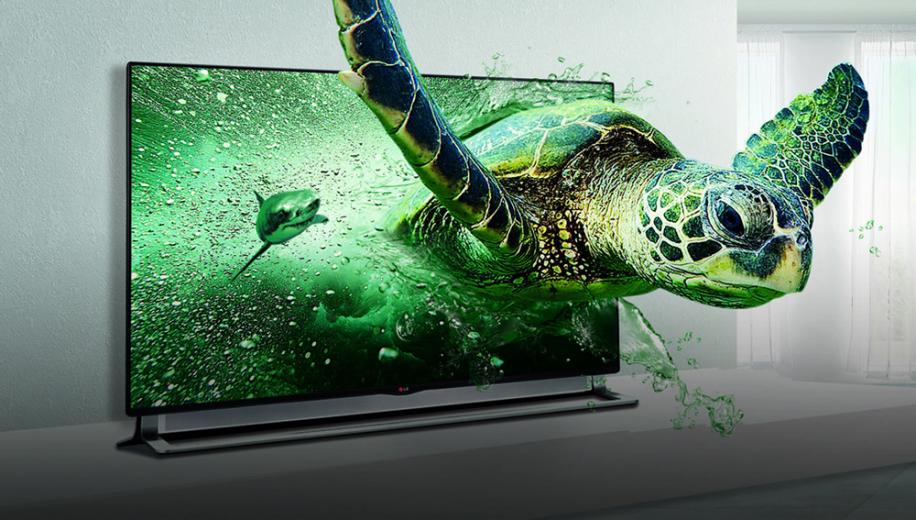 So 3D is finally dead and whilst Samsung may have ultimately pulled the trigger, it was undoubtedly a mercy killing.
However no one manufacturer can be held responsible for the demise of a format that started with such promise, after all the technology to deliver 3D is certainly impressive and, depending on the screen size, the results could be highly immersive. It seems like only yesterday that 3D was the big buzz word at CES 2010, with just about every consumer electronics company lining up to tell you that 3D TV was the future. The launch of 3D offered the promise of an entirely new range of products with 3D TVs, 3D projectors, 3D cameras and 3D Blu-ray players all driving sales in an industry that was still recovering from the global recession.

When 3D arrived as a home format in 2010 it had been gaining traction in the cinema for a number of years, culminating in the staggering popularity of Avatar which, despite the best efforts of Star Wars: The Force Awakens, remains the most successful film of all time. In fact 3D was so popular in 2010 that it even managed to push a mediocre film like Tim Burton's Alice in Wonderland over the billion dollar mark in terms of worldwide box office. So the consumer electronics industry could hardly be blamed to trying to tap into that popularity and generate new revenue streams in a saturated flat panel market.

At the cinema 3D remains popular even now, especially in Asia, although it has waned somewhat in the US and Europe where parents object to paying inflated ticket prices and kids get bored wearing the glasses for long periods of time. However despite the fact that very few films are actually shot in native 3D these days, the post-production conversion to three dimensions has become highly effective and is a far cry from the appalling rush job carried out on Clash of the Titans back in 2010 to cynically cash-in on the success of Avatar. As a result there has been a steady supply of 3D films available for consumers to watch and, as The Force Awakens proved, there's still plenty of interest in 3D at the cinema - so why then has it failed at home? Well the actual launch wasn't handled as well as it could have been with two different types of 3D - passive and active - causing a degree of consumer confusion. The various manufacturers were keen to stress the benefits of their approach and in the case of active shutter the glasses were not only expensive but they were incompatible with each other. They also used infra-red, which required line-of-sight to synch the glasses to the TV. The industry sensibly addressed all these issues by developing an open RF standard for active shutter glasses allowing different models to be used with different TVs and bringing down the cost. However it was probably too little too late and should been done before the format's launch.

The passive approach had its advantages, specifically no batteries, flicker or synching but some people complained about the polarised filter and the loss of resolution with Full HD panels. Ironically, just as 3D's being phased out, the technology to deliver it has never been better with modern 4K panels delivering bright passive Full HD images to each eye that creates wonderful 3D. However the physical size of most 3D TVs does rather restrict the experience, creating the feeling of looking through a window, rather than immersing you in a world as it does on a big cinema screen. For that reason 3D has always had more impact on a TV with a very large screen size or via a projector, although the latter is a much smaller market than flat panels.
The technology to deliver 3D into the home was impressive but it often felt forced upon the consumer.
If consumer confusion, different versions and incompatible glasses weren't enough, the manufacturers also had exclusivity with certain 3D films. As a result, the 3D Blu-ray of the film that really kicked-off the entire 3D craze - Avatar - was only available to consumers who bought a Panasonic 3D TV. The ultimate availability of 3D Blu-rays certainly helped bring 3D movies to consumers but Blu-ray remains a relatively niche format and the pricing of 3D discs was prohibitive to mass market acceptance. There are plenty of 3D Blu-rays available and there was even a brief resurgence in popularity around the release of Gravity but a dedicated and vocal 3D fanbase just wasn't enough to support the format in meaningful numbers.

There were other alternatives, with both the BBC and Sky offering 3D broadcasts but these also failed to ignite the public's imagination. Not even coverage of the 2012 Olympics in 3D managed to push the format into the spotlight despite the overwhelmingly positive affect of the games at the time. The 3D coverage of sporting events was invariably inferior to the 2D coverage and often the broadcasters used unusual camera angles (down by the side of the pitch in football, at the baseline in tennis) in order to exaggerate 3D's depth. The public may have watched out of curiosity but they didn't stay in enough numbers to justify the expense of offering the service, especially for a public broadcaster like the BBC that has to be accountable to the taxpayer. When the BBC announced they were stopping 3D broadcasts it was the beginning of the end and even Sky closed their dedicated 3D channel in the face of viewer apathy last year. However the single biggest obstacle that 3D faced wasn't different versions, incompatible glasses, exclusivity, lack of content or screen sizes, it was simply that people didn't like wearing the glasses at home. Consumers were happy to wear 3D glasses at the cinema, which are predominantly the cheap and light passive variety but they were less keen to do so in their lounge. Although active glasses have got smaller and lighter, in the early days of the format they were big, heavy and expensive, regularly requiring either fresh batteries or recharging. Owners of new 3D TVs were also less than keen to put these expensive active shutter glasses into the hands of small children and for an average family of four the glasses could seriously add to the cost of the TV. As a result LG were certainly right to champion passive 3D as a more likely candidate for mass market acceptance because the glasses are cheap and light, making it easier for a large family to enjoy 3D.

Although even that approach has failed to generate enough interest in 3D and whether you're using active or passive, you can't just lie down on the sofa whilst watching a 3D movie. That formality might work in a dedicated home theatre where 3D will probably remain popular and continue to be supported by projector manufacturers but people prefer to be more relaxed in their living room. There has been talk of glasses-free or auto-stereoscopic 3D but the reality is that the technology is still years away from being either practical or cost effective. Ultimately 3D felt like the format that nobody really wanted, forced on the consumer by manufacturers because the technology was available and in the hope that it would generate additional margins. Whilst there are fans of 3D, myself included, the vast majority of consumers ultimately rejected the format out-of-hand.

The popularity of 3D at home was certainly short-lived and only a year after its launch the manufacturers were already beginning to refer to it as just another feature, rather than the saviour of the industry. The manufacturers were shifting their resources to Smart TV and the growing popularity of video streaming; whilst in the last three years the emphasis has moved to Ultra HD 4K and now High Dynamic Range (HDR). Whether these new features will prove popular with consumers remains to be seen but the manufacturers and studios feel that being able to enjoy the benefits without having to wear glasses is a major plus point. The fact that 3D isn't supported by Ultra HD Blu-ray was another factor in the format's demise, although its absence had less to do with 3D's popularity and more to do with the simple fact that all 3D films released at the cinema are finished at 2K, so there simply aren't any 4K 3D movies. So as we move into a 4K world 3D will ultimately be sidelined by default, although at least the initial Ultra HD Blu-ray players still support 3D.
The elephant in the room with 3D were the glasses, no one really wanted to wear them whilst sat on their sofa.
As reviewers it was obvious to us that the writing has been on the wall for 3D for some time because by 2013 the manufacturers weren't even referring to 3D as an important feature and by 2014 they weren't sending out 3D glasses with review samples. Although 3D was available on the majority of mid and higher-end TVs released last year it wasn't mentioned at all by manufacturers in their marketing and the first signs of its imminent demise were seen at CES this year where some higher-end models had dropped the feature. Philips were the first manufacturer to publicly confirm that they were dropping 3D from their entire line-up in 2016 and now that Samsung have announced that they are doing the same, the format's days are numbered. You can still buy higher-end 3D TVs from Panasonic, Sony and LG but it's a safe bet that almost no TVs next year will support 3D. Some might feel this obituary is premature but the manufacturers aren't stupid, they monitor their sales and constantly use surveys to gauge what factors determine a person's decision to buy a TV. If they are dropping 3D it's because they know that the majority of consumers just aren't interested.

So where does that leave 3D's small but enthusiastic fanbase? Well if history has taught us anything, it's that 3D will be back at some point - probably in about 30 years. The first 3D craze was, incredibly, as far back as the 1920s and since then there have been booms in 3D's popularity in the 1950s, the 1980s and now the 2010s. The current popularity in 3D will last much longer than those previous booms, primarily because the technology is so much better and relatively easier - imagine the difficulty in trying to synch two cameras or two projectors in the past - and it remains popular at the cinema, especially in Asian markets. However in the home the format is dead, although it's likely we'll be seeing 3D make yet another comeback at some point, perhaps thanks to some breakthrough in auto-stereoscopic displays. Until then all you 3D fans should hang on to your 3D Blu-rays and take care of your 3D Blu-ray player and 3D TV because you might not be able to replace them for much longer.
To comment on what you've read here, click the Discussion tab and post a reply.
Article Discussion (536)