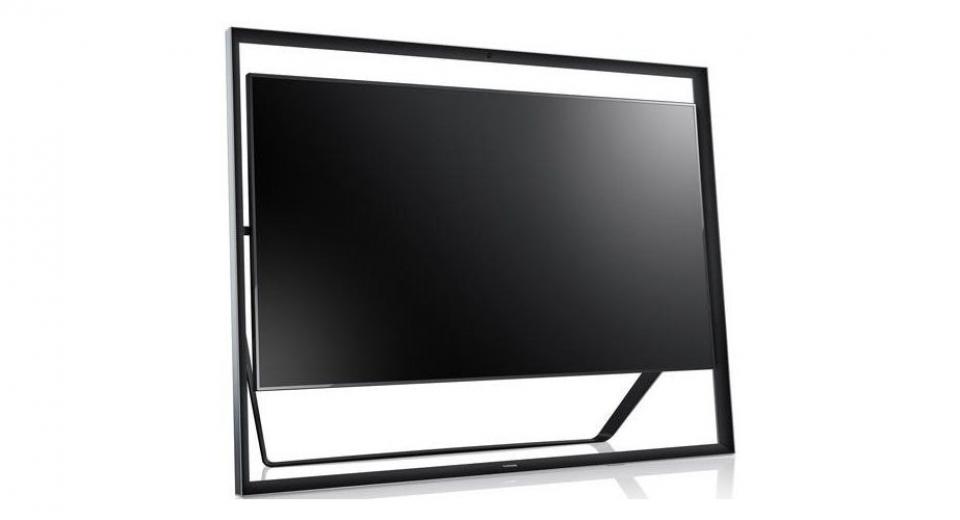 Three years ago at CES, everywhere you looked all you could see were 3D logos, they were quite simply ubiquitous.
This year at IFA we found ourselves reminded of that CES because everywhere we looked all we could see were 4K and, rather confusingly for the consumer we suspect, UHD logos. Yes 4K has arrived and whilst we might still be waiting for any real content, there’s no doubt that the displays are here and getting cheaper by the day.

All the manufacturers had their UHD TVs on display and whilst some may have launched before HDMI 2.0 had officially been announced, it would seem that is less of an issue than we first feared. Sony’s 84, 65 and 55-inch 4K UHD TVs have been available for some time now and the 65” model has already been reviewed here at AVForums. Whilst the TVs themselves are attractive and their performance is excellent, what differentiates Sony from the rest of the pack is their unique position of producing every aspect of the 4K workflow - from lens to living room. It really is up to Sony to help deliver 4K content, either through the media player recently launched in the States or via a new 4K Blu-ray Disc - which does appear to be in the pipeline. Samsung also had a sizable number of UHD TVs on display, including their F9000 model which comes in 65 and 55-inch screen sizes and has already been reviewed on AVForums. There’s also the S9 model which is available in some fairly impressive screen sizes with 85, 98 and 110-inch models and, continued doubts about the easel stand aside, the use of a full LED backlight array meant the 4K images on these behemoths were absolutely stunning. Although if you have to ask the price, you really can’t afford one! The Samsung UHD TVs have cleverly side-stepped the HDMI issue with their One Connect box, so should the connection change again, they can just provide users with a new box. However, the HDMI saga certainly isn’t over because whilst HDMI 2.0 can handle 4K at 50/60Hz there is a possibility that the ultimate standard for 4K broadcast will be 100/120Hz. We will have to wait and see.
Panasonic launched their 65” WT600 UHD TV at IFA Panasonic launched their 65” WT600 UHD TV at IFA and whilst it certainly had an impressive set of features, including THX 4K Display certification, HDMI 2.0 and DisplayPort 1.2a, it also had a toppy price at £5,500. The design and performance was excellent but with prices for the Sony 65” and Samsung’s 65” UHD TV falling below £5,000, we can expect Panasonic to follow suit. The WT600 included a built-in MPEG4 (H.264) decoder for watching 4K content online but the LG 4K UHD TVs have the edge here, with a HEVC (H.265) decoder built-in. This will be the compression standard for 4K going forward and its a shortage of the HEVC decoder chips that might be delaying 4K Blu-ray.
LG were one of the first out of the 4K gates... LG were one of the first out of the 4K gates with their 84” LM9600, which we reviewed at AVForums before Christmas but their more recent 65 and 55-inch LA9700 model is priced more realistically. We aren’t completely sold on the stand for the LA9700, even if there appeared to be two different styles on show at IFA, but there was no doubting the picture quality. The technical specifications certainly appear impressive but we’re still waiting for confirmation on both street dates and prices for the UK.
...Philips are aggressively hitting the UHD TV market... LG had better get a move on because Philips are aggressively hitting the UHD TV market with their 65 and 84-inch models. The 84-inch screen may well use an LG panel but at £13,000 it is considerably cheaper than the competition at that size. The 65-inch model, on the other hand, uses the same panel found in Sony’s version but with an impressive feature list, great performance and a price of just £4,500, the Philips will be hard to resist.
Toshiba are also bringing UHD screens to our stores with their 9 Series Not to be outdone, Toshiba are also bringing UHD screens to our stores with their 9 Series. These go on sale this week and at a price of just £2,999, the 58-inch version looks very tempting as it smashes the price point for a UHD TV. Toshiba will also have a 65-inch version at £5,499 and an 84-inch version costing £13,999. The Toshiba UHD TVs caught our eye at CES and thanks to the CEVO 4K image engine, the upscaled 1080p images looked equally as impressive at IFA. The Toshiba specifications certainly appear to have all the bases covered and for the moment at least, the 58-inch model could be the one to beat. Whilst not at the show, Finlux will apparently be launching a UHD TV soon and given they use Vestel panels we can expect others to follow suit, so UHD TV prices could be even lower by Christmas.
The Chinese manufacturers are catching up fast... Whilst part of the reason for the precipitous drop in the price of 4K UHD TVs has been a combination of good old fashioned competition and a desire by the manufacturers to monetize their investment as quickly as possible, there is another factor. The Chinese manufacturers are catching up fast and no one should underestimate their impact on the market. Hisense in particular are gearing up for a major push with 110, 84 and 65-inch 4K UHD TVs on the way. In much the same way as Samsung and LG have risen to be the dominant TV manufacturers over the last ten years, so we can expect the Chinese to become major players in this decade. One thing’s for sure, the real winner of the forthcoming 4K price war will be the consumer, let’s just hope we’ve got something to watch on our shiny new TVs soon.
To comment on what you've read here, click the Discussion tab and post a reply.
Article Discussion (1)