How to set up your new projector 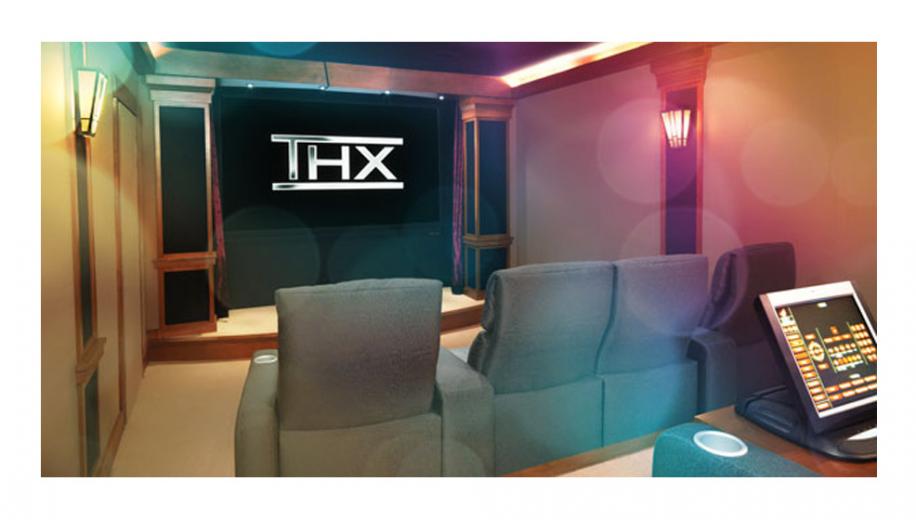 Once you've chosen your projector and your screen, it's time to set everything up and it's here that some of the easiest mistakes are made.

In our previous article we took you through choosing the right type of screen, now we'll provide you with a series of simple tips to help you get the most from your projector, ensuring that it performs to the best of its ability. A lot of these tips are really common sense and most should be straight forward, requiring very little effort on your part. As is often the case in life, a little effort at the beginning can eliminate a host of problems further down the line.

First of all you need to think about your viewing environment and how the room can help you get the best from your new projector. If you're building a dedicated home cinema then it's vital that you can make the room as dark as possible. The darker you can make your environment the better the blacks on your projector will appear and the greater the dynamic range. People often think that they need to buy a brighter projector if their room is too light but a tin of paint and a few hours of your time will be probably be cheaper and more effective. Of course it's unlikely that the rest of your household would be too pleased if you painted the lounge black but any dark colour will help improve the dynamic range of the image.

If painting the entire room isn't an option then perhaps just paint around the area where the screen is positioned, this will help minimise reflections onto the screen, which will wash-out the image. Don't forget reflections from the ceiling and if you have a light coloured carpet then try putting a dark coloured rug beneath the screen to limit reflections from below. Where possible also try and avoid brightly coloured walls and ceilings as the reflected light won't only wash-out the blacks but also affect the colour accuracy. The simple rule of thumb is that the darker and more neutral the colour of your walls, ceiling and carpet the better. Although as we mentioned in the article on choosing a screen, you can also look at grey screens as a possible solution.

Another aspect you need to consider is other light sources in the room. You should obviously turn off any lights but what about the windows? This is the reason basements make great home cinemas because they normally don't have windows, thus eliminating a major source of light. However most rooms have windows and even at night they really need to be covered because glass is reflective. Blocking out light from the windows is essential if you plan on using your projector during the day, so ideally you'll need blackout curtains. Also think about the positioning of your equipment rack with all it LED lights and displays. You don't want that light falling on the screen or distracting your eye line to either side of the screen. Careful positioning will pay dividends. Ultimately the room will affect the performance of your projector more than any other factor but if you can make it neutral and dark, turn off the lights and close the curtains you'll be well on your way. Actually installing the projector is another area that is full of potential pitfalls but again, if you follow a few simple guidelines you can get a better performance from your projector. Unless you're just using a white wall, you'll need to make sure that your screen is level. Then you'll need to make sure that the projector is flat onto the screen and not pointing up or down at an angle. Exactly how you intend to install the projector will depend on your room layout and your needs but if you're only planning on bringing out your projector for big sporting events or movie nights, then you basically just need a table.

Make sure that the projector is level on the table and the lens of the projector is at least as high as the bottom of the screen. Then it's just a case of zoom, shifting and focusing the image so that it fills your screen. When focusing any projector, regardless of how you intend to install it, get very close to the screen and actually look at the pixels that make up the picture. When the image is correctly focused the pixels will be sharply defined, although this can be slightly harder with an Ultra HD 4K projector where the pixels are so small.

The one thing you must try and avoid is using the keystone correction on your projector. This utilises video processing to actually change the shape of the image to correct for the effects of the image being projected at an angle. As a result of this processing you will lose high resolution detail in your image and also introduce artefacts. So always avoid keystone, which won't be difficult if you just set your projector and screen up correctly. The simple rule of thumb here is to keep the projector and screen level and face on with each other, and ideally have the lens pointing as close as possible to the centre of the screen.

Once you have correctly setup your projector and screen then you need to connect all your sources. In general projectors only have one or two HDMI inputs so you'll probably need to connect everything to an AV receiver first and then connect that to your projector. Whilst you'll most likely be using HDMI to connect your sources there are other possible connections so take a look at our article that explains which connections you should use? You can use HDMI to connect your AV receiver to your projector but it will depend on how far away the projector is from the receiver. However before spending a lot of money, take a look our article that reveals the truth about HDMI cables.

The more time you spend setting up you projector properly, the better the overall performance.

Since projectors are often in the middle of a room or on the ceiling and thus a long way from the video sources, using HDMI cables can be problematic. There are a number of solutions, the most obvious of which is to use a network distribution system based around Cat5/6/7 or HDBaseT. This allows you to use Cat5/6/7 cabling to create longer cable runs without running of the risk of sparklies, loss of image and other issues caused by long HDMI cable runs. As an alternative, certain projector manufacturers offer the option of a wireless transmitter and receiver for some of their models, so you can send high definition signals to the projector wirelessly. We have found in testing that either a wired or wireless connection can work very well as an alternative to long HDMI cable runs.

Once you setup your projector and screen correctly and connected all your sources, then you'll need to setup the image so that it delivers as accurate a picture as possible. This is usually much simpler than it sounds and will only require selecting the Movie, Cinema or THX mode, setting the Brightness and Contrast controls and turning off any unnecessary features. If you follow the link to or PIcturePerfect page, you'll find three easy steps to getting the best out-of-the-box picture from your projector.

So you've chosen your projector, you've picked your screen, you've set everything up correctly, optimised you're room as best you can and followed the steps in PicturePerfect. Is there anything left to do? Well depending on how much your projector cost and the type of calibration controls it includes, you could get a professional calibration. We explain exactly what a professional calibration sets out to achieve in this article and if you feel your projector might benefit from one you can find your nearest calibrator here.

Otherwise it's time to sit back, relax and enjoy some big screen entertainment. What's the first thing you'll watch on your new projector?
To comment on what you've read here, click the Discussion tab and post a reply.
Article Discussion (3)