How does 3D TV work? 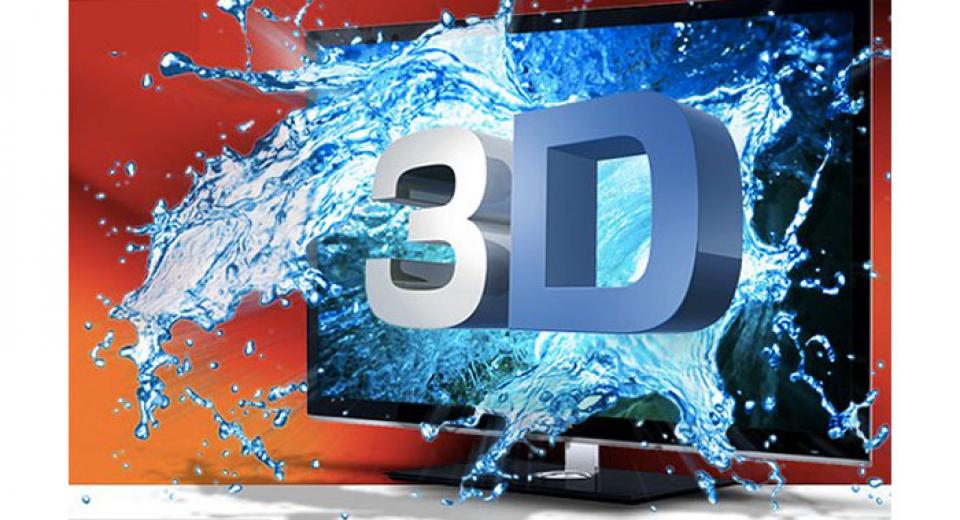 
Essentially what all 3D TVs do is display two images and by wearing a special pair of glasses the two images are split so that each eye only sees one of the two images. It is as simple as that but where the clever part comes in is how the brain interprets these two images.


When comparing these left and right eye images, every object in the scene is horizontally displaced by a small amount. The brain assumes these two displaced objects are actually one object and tries to fuse them together. The only way it can do this is to assume that the object is either in front of or behind the screen. The direction and the amount of displacement define where each object is in the 3D space. The wider the displacement, the further behind the screen the object appears and conversely the narrower the displacement, the further in front of the screen the object appears.

When it comes to the glasses that are used to differentiate these two images there are two approaches - passive and active. In its simplest terms the passive 3D approach uses a pair of polarised glasses and a polarised filter on the front of the TV screen. You can’t normally see this filter but when you put on the glasses it ensures that the each eye sees alternate lines on the high definition picture, creating a discrete image for each eye that the brain then combines to create the 3D image. The alternative approach is active 3D, which uses glasses that have LCD lenses in each eye that are synchronised with the image being displayed by the 3D TV. Each view is displayed on the screen sequentially and, thanks to a battery in the glasses, when a small electrical current is passed through the lens it goes dark, thus the left eye sees the left eye view whilst the right eye is blacked out and vice versa. This process is synched to the 3D TV via an IR (infra-red) or RF (radio frequency) emitter and the alternating views are shown hundreds of times a second, so that once again the brain combines the left eye and right eye views to create a 3D image.

As with regular TV, there when buying a high definition 3D TV you can choose between either a Plasma 3D TV or a LCD 3D TV and which you choose is generally a matter of preference. At present all the plasma 3D TVs on the market use the active 3D approach which means they deliver Full HD 3D and tend to offer larger screen sizes from 50 inches up to 65 inches and above, which makes for a more immersive 3D experience. Due to the inherent superiority of plasma over LCD, the best 3D TVs available tend to be plasmas and this is in part due to the faster response times of the panels which minimises the problem of crosstalk as well as the better motion handling.


Alternatively, LCD 3D TVs offer a choice of both passive and active 3D, depending on the manufacturer and also include smaller screen sizes, down to 40 inches and below which tends to make them more suitable for 3D gaming. They also offer much slimmer designs and are capable of delivering much brighter images which can combat the inherent dimming caused by the 3D glasses. The major disadvantage of LCD, especially when combined with active shutter glasses, is that the slower response times of the panels in both the TV and the glasses can result in crosstalk. This is when the image for one eye is still visible when the image for the other is being displayed, which results in ghosting.

Once you have decided which type of 3D TV and which method of 3D delivery is best for you, then next question is how to source 3D content. After all, there isn’t much point having a 3D TV if there’s nothing to watch. There are a number of methods for delivering 3D into the home, including digital off-air, satellite, cable, the internet, video game consoles and Blu-ray players. However, at the moment there are no special compression standards designed for 3D, therefore existing standards must be adapted. The left and right signals need to be combined into one high definition frame sequence and sent over a normal transmission system.

There are two basic ways of delivering 3D into the home and these are called ‘side-by-side’ and ‘frame sequential’. The side-by-side method is more commonly used by broadcasters and in fact if you have ever looked at SKY’s 3D service or the BBC’s recent 3D broadcasts on their HD channel with a normal television, you will literally have seen two images side by side. Those two images are the left and right eye views, which the 3D TV can detect and then display as a 3D image and the reason this approach is good for broadcasters is because the bandwidth and frame rate are the same as a normal transmission. Unfortunately the downside of this method is that the horizontal resolution is halved for side-by-side broadcasts which can give rise to jaggies in the image. The development of 3D broadcasting has largely been spearheaded by SKY in the UK and they launched a dedicated 3D channel in 2010. This channel provides a range of 3D content including sport such as Premiership matches, concerts, ballet, documentaries and movies. The first major sporting 3D broadcast was the 2010 FIFA World Cup from South Africa but since then other events such as the Ryder Cup have been broadcast in 3D. Most recently the BBC transmitted the first ever free-to-air 3D broadcasts when they broadcast the Men’s semi-finals and final and the Women’s final from Wimbledon will be broadcast in the format.

The other method is frame sequential which is good for local connections such as Blu-ray players and game consoles, both of which can handle the higher bandwidth required. Frame sequential 3D, as the name implies, consists of a sequence of alternating frames wherein each successive frame carries the image meant for one or the other eye. This means that if the first frame contains the image for the left eye, then second frame carries the image meant for the right eye, the third frame again carrying the image for the left eye, and so on. This format has proved popular because unlike side-by-side, it can deliver Full HD 3D and for this reason it is part of the 3D Blu-Ray specifications. The number of 3D Blu-rays is increasing with every passing month and so are the numbers of 3D enabled games that can be played on the PS3 or the XBox 360.

There is of course one final way of creating 3D content and that is using the 2D to 3D conversion featured included on many 3D TVs. However be warned, this is not real 3D but an approximation created in real time by algorithms built into the software on the 3D TV. As such it is very unrealistic and prone to errors and artefacts when the convertor becomes confused by the original 2D image. Here at AVForums we feel that the 2D to 3D conversion features on 3D TVs are little more than a gimmick and best avoided.