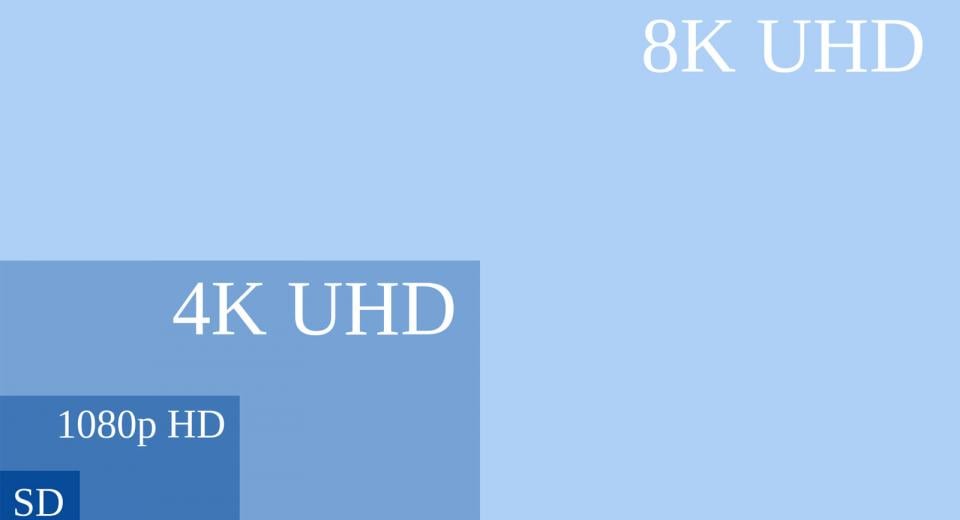 It’s mostly a question of resolution. Back when the first crop of high definition TVs were launching there was some consumer confusion over the new terminologies, so it was decided the industry needed to standardise the labelling of their products to prevent misleading marketing.
To a large extent the move was successful but there is still some vagueness to proceedings, as well as emerging technologies to account for, so we’ll attempt to guide you through what can be a confusing world below..

There are actually four different labels falling under the HD Ready banner: ‘HD Ready’, ‘HD TV’, ‘HD Ready 1080p’, ‘HD TV 1080p’ although, in respect of the UK market, HD Ready tends to refer to a display with a minimum of 720 horizontal lines of resolution (aka 720p).

A TV carrying the HD Ready sticker must be able to display 720p content in a progressive format – that’s where the ‘p’ in 720p comes from – but it also has to be capable of showing material with 1080 lines of horizontal resolution in an interlaced signal, i.e. 1080i*. All our broadcast HD TV, in the UK, is currently shown at 1080i so this is an important criteria.

The HD TV logo is given to digital TVs (containing a display conforming to "HD Ready" requirements) that are capable of receiving and decoding high-definition broadcasts but pretty much every TV you buy nowadays is capable of that, although it’s something worth double checking before you decide what to buy.

Not many TVs on the market currently are HD Ready only There are two types of TV that fall under the Full HD category - HD Ready 1080p and HD TV 1080p – and given similarly to the nomenclature for the non 1080p sets, the difference between the two is in the carrying of a digital (DVB-T) tuner, or not. A TV that doesn’t have a DVB-T tuner will be unable to receive Freeview broadcasts and will be labelled as HD Ready 1080p, where one that does has the right to be termed HD TV 1080p.

Again, the reality of the situation is that the overwhelming majority of TVs sold here will have a digital tuner so it’s not something you’re likely to have to worry about. In fact, neither of the terms are that widely used and, in common parlance, we tend to refer to a TV with a 1920 x 1080 resolution as either Full HD or 1080p. In light of the rise of Ultra HD 4K TVs (see below), we tend to think the latter is more appropriate.

A very important specification for a ‘Full HD’ TVs is the ability to show content in its original frame rate in its native size and this is most key in terms of movies on Blu-ray disc. The majority of films are shot at 24 frames per second, so to preserve the original feel and look of the content, a 1080p TV must be able to display it correctly at 1080p24. Whilst this is something that most TVs can do nowadays, it’s something we always check in our reviews to keep the manufacturers honest.

Whether a TV is marked as just HD Ready, Full HD, HD Ready 1080p or HD TV 1080p it must meet certain other requirements in terms of connectivity. All must carry at least one Component (Analogue YPbPr) and one Digital high definition input, be that HDMI or DVI. The days of analogue HD are very much numbered and almost all TVs you can buy will have multiple HDMI connections but some older sets had DVI rather than HDMI inputs when released.

Furthermore, to receive any form of HD ready certification, the HDMI or DVI inputs must support High-bandwidth Digital Content Protection (HDCP). HDCP is a form of copy protection intended to prevent unauthorised copying of material as it travels through connections. Yet again, this is something you can almost take as read and any TV you purchase today will support HDCP but we thought it worthy of a brief explanation.

These are the two different methods the TV uses to ‘draw’ pictures on the screen. Progressive scanning is a method of displaying images where all the lines of the picture are drawn at the same time. Whereas interlaced video produces images by alternately showing the odd and even lines very quickly. So, the content is displayed with the lines 1,3,5,7 etc and then 2,4,6,8 with the TV then deinterlacing the lines to produce a full video image.

The industry is doing the consumers no favours over the naming convention of 4K, sorry Ultra HD Just as the industry seemed to have coined enough phrases to confuse the normal punter, along have come a few more with which to add to their befuddlement. The manufacturers are doing themselves no favours, either, with their own naming conventions by using 4K and Ultra HD almost interchangeably when, in fact, they are slightly different.

As the name would suggest, 4K uses an image with a resolution comprised of roughly four thousand horizontal lines of resolution. To be exact, 4K video based on the Digital Cinema Initiative (DCI) specifications is 4096 x 2160 pixels and offers more than twice the number of horizontal lines, compared to 1080p, and an overall resolution around four times greater. At this time, this is a standard you’re only likely to see in the cinema.

Ultra HD, on the other hand, is the term favoured by the Consumer Electronics Association (CEA) to describe a television with a resolution of 3840 x 2160 pixels. It has exactly double the pixels of 1080p, both horizontally and vertically, and therefore has precisely four times the resolution. It also goes by the name UHD but, as we said above, some manufacturers – notably Sony and Panasonic – are using the term 4K to market their Ultra HD TVs. We actually have some sympathy for this idea but from a consumer standpoint, it would be better if everyone chose the same terminology.

The Ultra HD standard has been approved by the International Telecommunication Union (ITU) and actually has two resolutions defined. For the time being, we only need to be concerned with 4K UHDTV (3840 x 2160) but sooner than you think we’ll be dealing with 8K Ultra HD, with its 7680 x 4320 pixel count.

HDMI 2.0 and HDCP 2.2 are two of the things you should be looking out for with an Ultra HD TV
At this time, you can only lay your hands on a 4K Ultra HD telly and, even then, content with a native UHD resolution is currently very thin on the ground. The immediate future of Ultra HD seems to be through streaming and download services as it appears the movie studios are afraid of a physical disc (or other) format for fear it will be cracked and pirated, like all others that have preceded it. We still hanker after 4K Blu-ray but the question of whether we’ll see it or not remains up in the air.

For now, we’d advise your seeking out an Ultra HD TV with HDMI 2.0 compatibility and one supporting HDCP 2.2 to ensure at least some degree of future proofing as the standards evolve. The ultimate aim of the standards bodies is to use Ultra HD as a vehicle to introduce other picture enhancements, besides increased resolution, such as wider colour palettes (gamuts), higher frame rates and greater bit depth but whether there’s an interest from the manufacturers to improve the existing technologies to cope with those demands, in the near future, is also open to question. All the major manufactuers like Samsung, Panasonic, Sony and LG produce 4K Ultra HD TVs.

Hopefully we’ve now helped you demystify some of the jargon surrounding the technologies and we’ll keep this article updated to reflect any changes – particularly in terms of Ultra HD – that occur, but if you require any further clarification please don’t hesitate to use the comments section below.