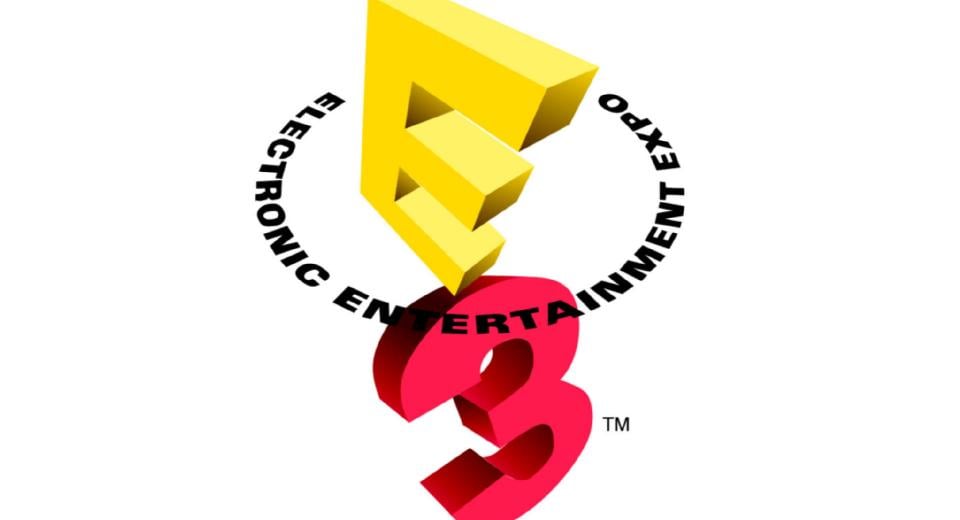 With E3 just around the corner, we assembled a few of the Games team for a roundtable discussion about what they hoped and expected to see from the gaming industry’s premier event. James Thomas, Leon Matthews, Mark Botwright and Ste Carter chat apathy, bundles, VR and Phil Spencer’s changing wardrobe.
This latest generation of consoles has gotten off to a bit of a stilted start, so what are your hopes or expectations regarding what we'll see from Sony, Nintendo and Microsoft this year?

SC - The biggest games thus far have been multi platform so I expect there'll be some big exclusives heading to both the Xbox One and PS4. Nintendo have to pull a rabbit out of the hat this year and make one hell of a splash to make people take them seriously again. Was the Wii U a failure? No, but it certainly could have been a lot more successful than it was, and I think Nintendo will really pull something off that will appeal to their causal market.

JT - Out of all the platform holders, I’m most keen on seeing Nintendo's offering. It was this time last year they started teasing more GamePad involvement in their Wii U games, so that's top of my list of things to see. I've had fun with Splatoon and Kirby recently so I'm all about the Big-N right now. Fingers crossed for a sneaky Zelda appearance.

MB - I’m not expecting any major surprises. I expect Sony to start late (with people in the UK moaning, myself included) and push Uncharted 4 for all its worth; Microsoft to tout Windows 10, but not too hard for fear of appearing too business-like; and Nintendo to champion Amiibos, whilst apologising for the delay to Zelda with assurances that it'll be even better than it was going to be, look guys, here's Shigeru Miyamoto, you can't be mad. As far as games go, I’ve got that sneaking feeling there could be even more HD collections to fill the gaps in the release schedule.

LM - Across the board I want to see new things, I understand games are expensive to make and now take longer than ever but as much as I love playing last gen’s games at higher resolutions as a bridge to the next wave of new IP, my patience is wearing thin, I did not buy a £400 machine to play the same games or sequels of existing games again! Give us some new IP!! That said, can we end the trend with Viva Pinata 3 please!?

MB - That’s the crunch though isn’t it? Everyone expresses that growing apathy towards this show and this generation, highlighting the sequelitis and repackaged HD-ifying of games, but if it’s a franchise you love then it’s different. If I'm honest, the rumour that Retro might be showing something off, possibly Metroid related, has got me very excited.

JT - I take Leon's point on games to justify why we all jumped so early on The Next Gen(TM) but I'm just looking for some surprises. Those that are left, anyway. The lead up to E3 this year - more than ever - has been full of pre-announcements. With Fallout 4, XCom 2, Need for Speed, and a host of others breaking ranks prior to June, I wonder what's going to be left. I used to look forward to this week as the one that dished out the ways I'd be spending my cash over the next 12 months, but unless there are some startlingly well kept secrets I'm not sure what half the companies are going to fill their press conferences with. And what about the third party developers, in particular big hitters like EA, Ubisoft and Bethesda?

LM - I guess the Fallout horse is out of the vault but it would be nice to see some actual gameplay. Surely it's time for the Mirrors Edge reboot to be revealed and if The Division doesn't want to follow in Watchdogs’ disappointment after appearing at multiple E3s before release then it too needs to show its cards.

MB - Yeah, I’m really hoping Tom Clancy’s The Division appears in a solid, believably playable looking form this year, rather than an overly choreographed stilted demonstration. It’s beginning to bear all the hallmarks of a title that will be downgraded somehow - either in graphics or the dynamism of the gameplay - and I get the feeling Ubisoft are putting off showing it properly, at least until memories have faded of what they claimed it’d be like.

SC - EA will probably carry on as usual but I’m excited for Battlefront details, the rest of their catalogue I will happily let pass me by.

JT - EA's press conference last year was a huge disappointment, as it featured next to no gameplay but instead was a lot of teams talking about games they were making. This year I want to see those games, Mirror's Edge especially. That is a resurrection that is long overdue and one that I hope they do well by, as the first one I found superbly unique and enjoyable.

SC - Ubisoft will be worth keeping an eye on too I reckon, to see if they have any new IPs on the horizon rather than sticking to their Assassin's Creed franchise. We are all excited about stabbing people in Victorian London though right?

JT - I've skipped the last few years of Assassining and so I'm eager for this one to go well as I love me some Victorian England.

MB - As much as I’ve knocked the series, a Victorian Assassin’s Creed set in the era of Jack The Ripper has been an ace up their sleeve for some time, so Syndicate’s coming along at the perfect time; even those who complain of franchise fatigue will probably be sucked in by the slick presentation Ubisoft will put together. Given the issues with Unity though, and the general sense that multi-platform titles on this latest generation are needing some drastic patches, I think a theme this year could be less ambition, more solidity. I’m hoping I hear 60fps a lot more. If the games seem like they may be following the pattern of recent years, could this be the year for a new hardware splash, like VR coming of age, or the Nintendo NX?

LM - Nintendo has said there will be no NX this year so it will be a holding year for them, if I were them I would be having a Wii U fire sale, may as well knock a chunk off the price and get them out the door, sales will only get worse the closer NX gets!

MB - So I guess that leaves VR as the big talking point.

JT - This is the year VR has to make a play. With Oculus still yet to hit the market and the likes of Vive and Morpheus, plus the augmented reality of Hololens, we're getting to the point where one or all of the big players have to actually make a play on the consumer or risk becoming reoccurring noise that's easy to ignore.

SC - VR will undoubtedly be a big deal this year with us finally getting some firm dates on when we will be able to get a headset for retail, and more importantly, how much it will set us back.

MB - The worry with VR is we’re approaching the launch window next year for this technology, and there’s been precious little to show in terms of fully formed, dedicated games. I’m expecting to see more than tech demos, particularly from Sony, as they don’t have an open community of tinkerers to fill the gaps as the PC platform does.

LM - Im sure VR will be a thing but I remain unconvinced that it will be of any mainstream importance for the next 5 years, if that. To me it has a chance of falling into the same pit of irrelevance as 3D TVs, unless some sort of unifying standard or outright winner emerges along with some compelling software which justifies the expense.

JT - They've been promising so much for so long but they're in danger of VR/AR passing like the Phantom. I hope that we get release dates and price points but, more importantly, reasons to buy them. The novelty of VR has worn off and now I really want to see solid reasons why I should hand over some money - though I suspect that we'll see that more from indie devs than anyone else.

LM - As far as hardware I think we will see some evolution, Microsoft has leaked a new bundle with a 1TB HDD, and a tweaked controller with integrated audio jack but beyond that I think it's still too early for the slim variations yet. I wouldn't be surprised if Sony chopped £50 off the price or created, say, an Uncharted Collection bundle to the equivalent of, to offset another sparse software line up later this year.

MB - Yep, bundles are the new bundles. Kudos will go to Microsoft if they can unveil the new controller without accepting that proprietary ports were a bad idea in the first place. How do you think the show will be perceived as a whole? Disappointment, return to form or somewhere in between?

JT - With all the pre-show announcements it risks being an anticlimax. I hope I'm wrong but it seems that barring some well kept titbits it's already a known quantity.

LM - Although this year is shaping up to be 2014 Part 2: The Return of Apathy, I think E3 has the potential to be really exciting, I’m calling 2016 as the year that the new consoles begin to shed the shackles of long development cycles and deliver new games and experiences. This E3 should hopefully give us a preview of that future.

SC - We've had a couple of E3's now that have not lived up to expectations, given the absence of a few big names on the software front. With more and more big names being teased and announced gradually I think this year will be one of the best in a long while based on the games which we will see.

MB - I’m hoping (nay predicting) it’ll be the year for VR to make itself known as something other than an oddity, and if we can get one standout instance of that tech working in a unique way then the show will be a hit. There’s no better opportunity for a company like Facebook - if they’re serious about the Rift headset being a multimedia device for all - to reach out beyond the gaming field and make a splash with the non-tech press.

JT - It's still a great focus for the industry, the figurehead of all shows that points media outside of our own sphere in on our hobby, but for those of us who pay attention day in day out, I wonder if it serves a purpose anymore if publishers are so eager to announce top tier titles prior to their press conferences.

SC - It's been a while since I was genuinely excited by the games that were coming and the industry as a whole, but I think this year will be a fantastic one for announcements and a great E3. With a dedicated section to PC gaming as well, it will certainly appeal to a wider audience and that can only help with the overall excitement and reception of the show.

Give us a prediction on anything E3 related.

SC - I'd like to think that Kingdom Hearts 3 will be announced for the end of this year or the start of next, but I think that's more wishful thinking.