Retro sleuthing, with a fresh face. 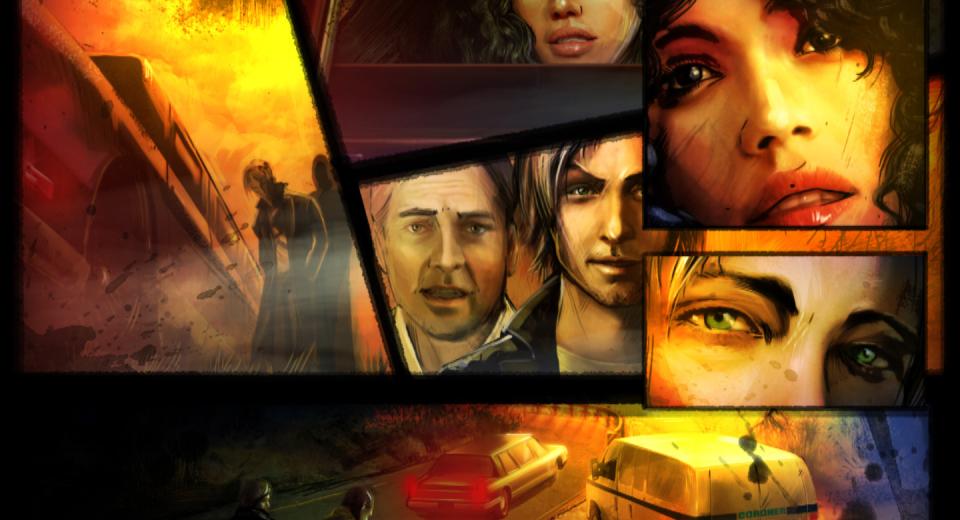 Remastered for its 20th anniversary by original creator Jane Jensen, Sins of the Fathers is shaping up to be a fine example of why wandering down memory lane can be enjoyable; but there’s a fine line between a game harking back to the past, and one that’s tethered to it.

Despite a few later hits that even made the transition to 3D engines, there are few genres as deeply entrenched in their era’s heyday as that of the point and click adventure. From the high points of the hilariously funny Lucasarts entries, their popularity and general standard declined, as punters wanted more dynamic experiences, until all that was left was simple locked room puzzle fodder at bargain prices; a vague reminder of the most basic elements that made them great.

Luckily, we’re now in the age of remastering, rebooting, rejigging and re-everything-ing, so those titles you long to play again have every chance to make a reappearance; enter Gabriel Knight: Sins of the Fathers. Tying in with the twentieth anniversary of the sleuthing story which was released in 1993, the remake uses the same basic mechanics, but with new visuals, audio and some extras thrown in for good measure. The backdrops and character models are easy to recognise from their original sources, but obviously had to move with the times and ditch the sprites.

If you’re unaware of the story, we follow the eponymous Mr Knight, owner of a rare book shop in New Orleans, as a series of gruesome voodoo-related murders unfold. Things are still set in 1993 though, and the key location of New Orleans - being a city known for its old architecture in the French Quarter - somehow fits nicely with the trapped in amber feel of a remake. Knight’s book shop shows the kind of treatment the updated visuals have received, with the old sprites in their 640 x 300 resolution obviously dumped. Whilst the before and after shots are night and day, the updated visuals are still of the fairly lo-fi variety. For all the little touches that add depth, like detail on surfaces that previously was non-existent (or even possible), the animation's still broadly speaking, well, quaint. The mechanics have been streamlined slightly - losing the cumbersome icon bar (shown above, in a before and after comparison shot) which blocked the top of the screen - but remain with one foot squarely in the past. They work well on PC / Mac, and have a nod towards the planned release on iPad with the option of an Easy mode which cuts down the choices of action. Turn it off though, and there are no simple contextual clicks, you’ll be given a multiple choice based on the what or who you’re selecting and what - if any - item you currently have equipped.

Purists often feel this is how games like this should be. It not only negates the click anything mindset when you’re stuck, but also increases the amount of variables in any one scene, meaning simple puzzles can be elongated affairs rather than a procession of basic find-the-key moments.

Talk to someone, present an item to them, inspect an item or interacting with it are the main choices. As you increase the amount of things in your inventory - many of which are unnecessary at an early stage, but can be picked up nonetheless - your options of what to do likewise broadens.

You might expect the number of variables being greater to mean the puzzles themselves are more straightforward, but the logic they follow can often be quite obtuse even in the opening sections of the game. When you know the solutions, the number of things needed to do during each day to progress to the next seems quite low, but when you’re stumped it’s back to good old experimentation. Playing the first two days of the preview build showed that the order of what you do is as important as anything. Some of the solutions are so steeped in their old school genre charm as to make the actions necessary to reach them feel more like absurdist leaps of faith. Luckily there’s a new hint system that’s quick (perhaps a bit too quick) to dole out answers. The three stages to any conundrum - which progressively unlock on a timer - need to be approached with caution though; they aren’t really staggered or cryptic enough to be clues per se, they’re often more straightforward answers that leave out a little detail.

For those who know the game it won’t be all plain sailing as certain things have been tweaked in the remake, and puzzles, locations and even events have received something of a rejig in places. That’s not the end of the update either, next to the hint system, in your journal, there lies new content, showcasing before and after shots of the game’s makeover, design sketches and there’s promised to be audio interviews and more to be added to the final game.

One thing that's missing though is the 1993 release’s voice cast, as the original recordings have been lost. Without a direct comparison, I can’t say whether the new cast do a better or worse job, but they certainly ham it up well.

The first couple of days don’t really get you into the darker elements of the case, and if anything I was left with the sense that this anniversary edition will end up falling somewhere between a nostalgia trip and a fulfilling adventure in its own right. The humour is so of its time that it works as a parody of a parody, so there’s enough charm still in it. At the moment then, it’s sitting somewhere between fan service and a - hopefully low priced - tempter for those with a hankering for classic adventures, who perhaps didn’t experience this one first time around.