From the Forums: How to build a Raspberry Pi Squeezebox Player for £100 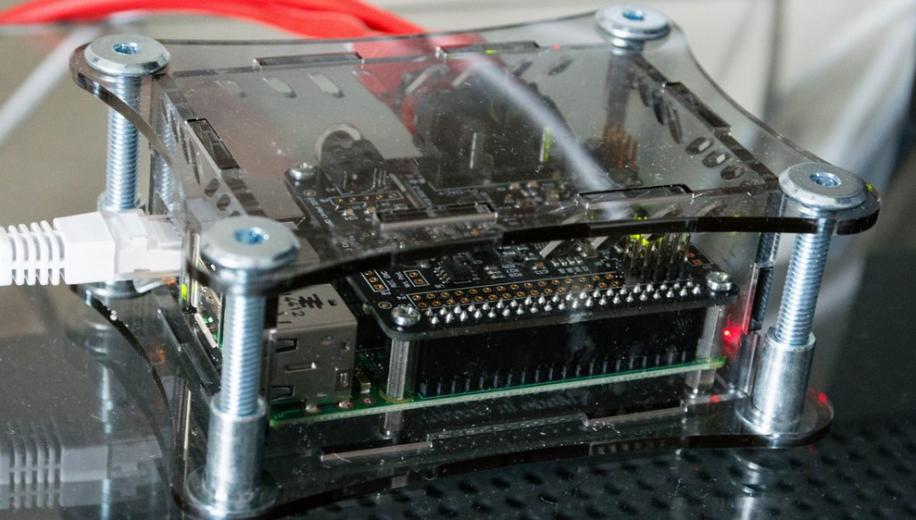 As a device, the Squeezebox – which is a networked music streamer – is pretty much no more since Logitech killed it off when discontinuing their UE Smart Radio product in 2014.

But the system and software still has a lot of fans and some of them, like our member lmccauly, don’t want to see it die. To that end, Liam – we hope you don’t mind us calling you that – took matters in to his own hands and decided to build himself a Squeezebox using the low-cost, and revolutionary, Raspberry Pi (2) as a base.

Like many, a few years ago, Liam decided he wanted to be able to access all his music around the house. He investigated the options and liked the look of the Logitech Radio and Touch devices, and Media Server software – originally known as Squeezebox. So, he duly ripped all of his CDs as FLAC and stored them on a RAID5 array on a HP Microserver, installed Logitech Media Server (LMS) and bought a couple of Logitech Radios.

Liam also downloaded the Orange Squeeze app for his Android phone and used that, most of the time, to control the radios. This all worked great, but when he went looking for a Squeezebox Touch to plug into his main hi-fi, he discovered that Logitech had discontinued the whole line.

Having looked in to an alternative a streamer to plug into his hi-fi, lmccauley discovered SqueezePlug & Max2Play software for the Raspberry Pi, and a high quality DAC made by Iqaudio and so he set about making his own.

Fortunately for us, Liam documented his progress and has produced a fantastic step-by-step guide so you can do it to.


You have Logitech Media Server installed and running already. If not, you can download it from My Media - Welcome to mysqueezebox.com! Note – use the 4 x 5mm PCB standoffs from the Pi-CASE+ instead of the screws supplied with the Pi-DAC+ for the bottom of the Raspberry Pi.

Plug the Raspberry Pi into a monitor using HDMI. You shouldn’t need to use a keyboard. You don’t strictly need the monitor, but it’s nice to see the progress on screen. Connect the power supply.
Wait for it to load – about 20 minutes From a PC on the same network, go to http://max2play. You can make a number of config changes from this web page, including enabling/disabling the Squeeze player, and rebooting the Raspberry Pi.


Use the Logitech Media Server web page, or Orange Squeeze app, to verify that the player is working correctly.
Shutdown the Raspberry Pi using Max2Play (i.e. http://max2play).
Fit the Raspberry Pi and DAC into the case using the instructions you downloaded from IQaudio earlier. Connect the Raspberry Pi to your hi-fi amplifier using analogue connectors (from the Pi-DAC+).
Connect to the network.
Connect the power supply.

And that should be it. In the Logitech Media Server web page, or Orange Squeeze app, set the volume to 100, and use your hi-fi amplifier volume control.