Dollag's living room is on the money 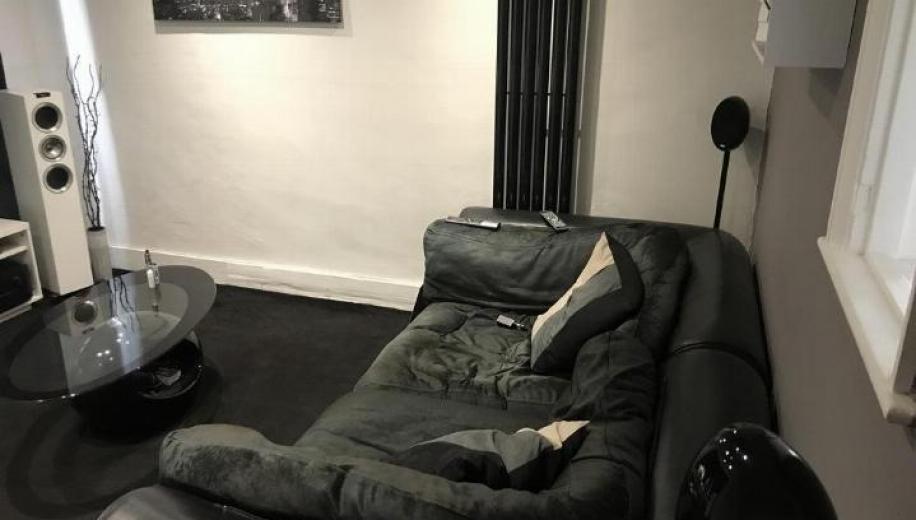 After finally buying his first property, AVForums member dollag had minimal money to invest in a perfect home cinema.

So, he thought he'd showcase his three year journey on transforming his ‘modest lounge’ and the lessons learnt after a lot of help from the AVForums members – we’re glad you have! Prior to moving, dollag had some existing equipment in his dedroom at his father's:

This first photo is from January 2014 when dollag first got the keys and this was the new home and what he was working with. It didn't take dollag too long to get cracking and after some wall treatment, started painting : Once he was settled in and had some spare cash, dollag decided to upgrade the TV, AV Receiver and speakers. Dollag was not happy with the locations of the ‘Eggs’ as they were too high but dollag was concerned with floor space - but that all went out the window.

He got bored of the red quickly so also changed the colour scheme while upgrading. New kit was: 2015 saw a lot of changes and after hearing Dolby Atmos and seeing OLED TV's, dollag saved every penny so he could again upgrade (hopefully for the last time): Dollag decided to order some Magnat IC-62 Ceiling speakers for Atmos and build a floating ceiling for lighting and Atmos duties. They should be a foot further apart but his friend mucked up the cuts and they ran out of wood. Dollag says he should have re-done it but they were already at the throwing tools around stage and as it still sounds fantastic, it’s not a massive regret.

Due to space constraints, dollag opted to replace the centre speaker with an LS50 as there was no space for the R200 but he has been impressed with it.

Finally, dollag has come to a point where he is happy with the lounge and how it sounds. In his own words, it's a small space and he can’t wait to do it all again. By his own admission, he has made a lot of errors on the way but also earnt a ton, along the way, mainly from the help of all of you, the AVForums Community, so dollag would like to say thanks to everyone who has answered his stupid questions and shared their knowledge on here – it’s honestly a great place!