First impressions of Dota2 and the spectacle of The International. 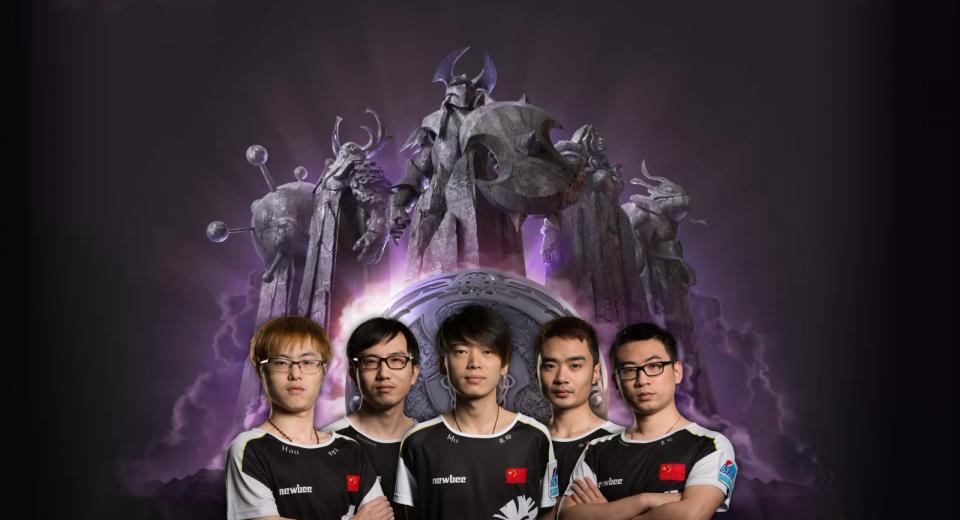 Dota2 PC Game
If you're going to tune in for one match to take the pulse of a sport it has to be its showpiece event.
For athletics it was the Olympics and Bolt easing to yet another gold medal; for American Football it’s the Superbowl and the spanking handed out by the Seahawks; for Association Football it’s the World Cup final… On second thoughts, the semi-final that saw Germany blossom into everyone’s choice for the title. It’s at these events you see not just what it means to the sportsmen and women but to the fans that follow them avidly around the world.

For the digital athletes amongst us, however, there is another pinnacle. No matter your preference for the game itself, no one with a Steam account could have escaped the fact that Dota2 was having its showpiece event this week. The incessant nagging from its frontpage mixed with the majority of my podcasts bleeting on about The International meant that I couldn’t have avoided it even if I had wished to. For months it has slowly built up a momentum with countless outlets drip feeding me the names of heroes and their powers to such a degree that despite never having “controlled a lane” in my life I felt I knew far too much about something I would never play. Although with each mention my curiosity grew.

After a day of similar talk at work it reached such a peak on Monday that I reasoned if there was ever going to be a time to witness the phenomena then it would be now. With a fan-funded prize fund of over $5m for the winners (that’s more per player than the Superbowl or the World Cup, by the way) I wanted to see what was drawing such adulation and settled down to watch proceedings. And what I saw surprised me. Rather than the two-bit pundits I had expected to find talking me through the pre-game preamble, the panel of presenters and colour commentators wouldn’t have been out of place on a major sporting network. In my mind I had unfairly expected something akin to the late night shift on BT Sport 3 but here were five souls talking about a corner of my hobby that I had yet to explore and their erudite commentary began sucking me in.

I had tuned in at an opportune moment too as they soon hit a montage. The highlights of both finalists - Newbee and Vici Gaming - were on show and I only became further engrossed as it told a tale that sports fans of any persuasion could appreciate. Newbee were all but down and out. On the brink of elimination during the group stages they were a single defeat from exiting the tournament at the first stage and still had rallied to turn their fortunes around and storm into the final. For extra spice they had also beaten Vici along the way, the other team having to fight their way back through the lower bracket to earn their shot at the gold. It was the match that saw the comeback kids face off against a team thirsty for revenge.

Quite frankly at this point I would have just carried on watching to see the conclusion to that tale but the Twitch stream just kept on giving, unveiling a depth to the sport that I had never conceived. Newbee had been formed when one member had left another successful team after three-years’ service, transfer fees were spoken about, and potential retirements should results swing a certain way. Even the awkward and cliché-ridden pre-match interviews seemed familiar. For as much as I had raised an eyebrow at the coverage before, I could see that strip away the mouse and keyboard and no matter what sphere of sporting life you follow the news stories all sound very similar. Soon the padding stopped and game time approached. Going in I understood the very basics – lanes, creeps, towers, final hits – but the next few hours were a definite education. Most of it I still couldn’t explain to you, so lost was it behind the commentators’ overly excited calling and with the action disappearing behind increasingly extravagant particle effects, but what I do know is that it was entertaining. Seeing the level of team work and strategy on show was incredible as both teams fought viciously whilst the brilliant inclusion of a newbie stream that gave out the 101 on Dota2 never made me feel stupid. The commentators would regularly take a step back and explain basic terms and plays, even running through each chosen hero’s powers before kick-off. For such an otherwise impenetrable game it was a lovely touch and without it I doubt I’d have watched quite so much of the evening’s play.

What it also made me realise is the level of design intelligence that has gone into the game. If you’d have told me that a game with a single map would be such a multiplayer success I’d have probably laughed at you, but just as with normal sports a regulation pitch helps spectators quickly process what’s going on. The use of just one map meant that even only minutes in and with a rather tight camera I could clock where the fight was and appreciate a little more of the struggle. The same with the limited number of attacks for each character. Their initial palette of moves looked a little disappointing but the combinations available when used in conjunction with their teammates’ soon made that ludicrous thought disappear. Traps, buffs, and barriers would rain in from all sides and I’d crane my head closer to the screen trying to discern the order from the apparent carnage.

The moment I knew I had been well and truly drawn into the night’s entertainment was after the first game in this best-of-five final. Vici had crushed Newbees and instantly I wanted a comeback. The fan of the Hollywood story stirred inside me and for the next three games I cheered for that Chinese quintet. Willing their strange characters on, be they bears, spiders, or bar keeps, I had somehow stumbled upon another sport I was willing to become invested in and as Vici typed “GG” in the fourth game to hand the title graciously to Newbees I actually punched the air. Through recommendations I’ve watched fragments of competitive Starcraft and Counter Strike but not even my beloved Halo has tempted me into watching the likes of MLG. What The International has done has opened my eyes to a different kind of eSport. Through slick production values, a superb beginner’s feed, and featuring a game that I genuinely found compelling I have already found myself flicking through YouTube and Twitch streams seeing if the rest of the tournament is available for me to consume. I occasionally stream archived NFL games to my desk at work and I can see a definite short term shift to entertainment a little more digital to distract me when the boss is not looking.

Possibly the only disappointing thing about my experience is that more than ever I am put off playing Dota2. Between the sheer number of heroes and the level of coordination on show it makes me realise that I will never have the time to dedicate to playing anywhere near the requisite number of hours to graduate even to novice. For now I may dabble with the tutorial but for the most part I’ll look on from afar, happy that I now understand a little more.