Mark Botwright gives his thoughts on the Kinect and it's worth. 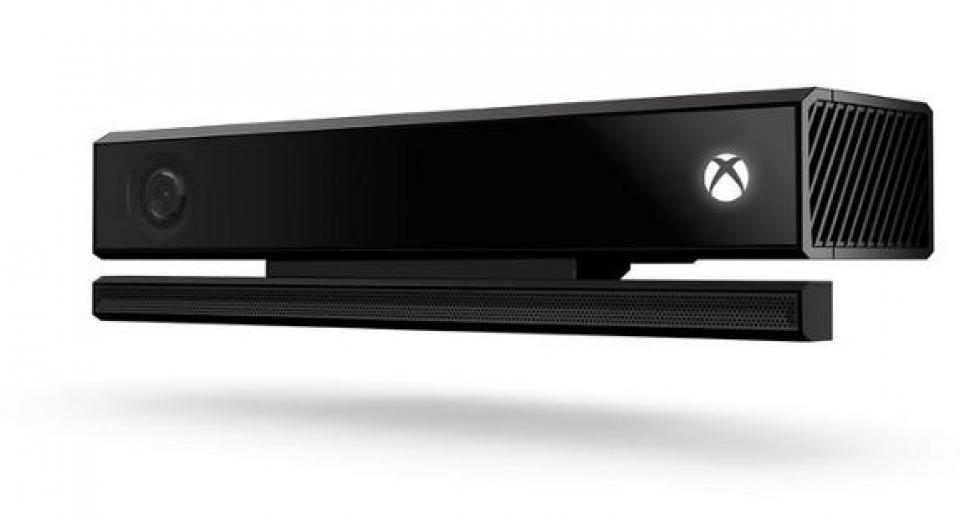 Larry Hryb may claim Microsoft are still “100% all in on Kinect” but his poker face has become wearied, battered by bad press and an increasingly cynical base of potential customers.
The codicil was that he merely meant there’d be no Kinect-less bundle but even that statement will likely be treated with suspicion if not outright derision. It was portrayed as an ideological decision, but in reality it bears all the hallmarks of being driven solely by financial necessity. Once the backlog of peripherals has been shifted, and a suitable time has passed between courses of crow, only a fool would bet against a stripped down SKU jettisoning what is increasingly seen as dead weight.

The news that Microsoft’s impending Xbox One would in fact work without the Kinect peripheral plugged in - thanks to confirmation from Microsoft's Marc Whitten - was largely greeted with cheery faces; operation climb down was now complete, normal service is to be resumed, and the One will be a standard console. Fears of a spying device were swirling, not helped by the revelations that the Redmond firm may have been less than strenuous in their protestations against handing over user data to US security agencies, or indeed the arguably spurious patents that indicate that the device could be used to target advertising based on products it recognises within your home.

But this was more than paranoia, it was also gamers’ distaste for an additional lump to position around the TV, a paperweight forever in view reminding them of the extra £80 they had to spend for the promised benefits that a large proportion didn’t want or even believe would materialise. No amount of flowery speak, lauding the holistic 16:9 design that fits it in with the rest of the components, would disguise the fact that it would be the sore thumb the core crowd didn’t care for - its Hal eye somehow mocking their overpayment for their new console.

The writing was probably always on the wall, but you’d be forgiven for thinking Microsoft - having gluttonously stuffed their overfilling maws with humble pie thanks to the treadmill of One PR debacles - might have had the courage of their convictions to stand firm on this last ideal of next gen console design. The unveiling though, with its focus on TV-centric features, jabbed the poison dart into the Kinect 2.0’s sides, and the disdain it was held in was a result of that early misstep. Tech aficionados revelled in the Smart TV-like features, but showcasing what should have been a console peripheral, designed for gaming, as a universal remote intended to keep consumers within the One interface was a catastrophic mistake.

So, with core opinion largely against its inclusion in the box, and further outrage that it seemed to be essential to the console’s function, just why the climbdown now? The storm had largely abated, crow had been chowed numerous times to imply contrition, was this a last act of penitent self flagellation, meant to be taken as a final “we get it” and seek to rebuild the burnt bridges? Well, no. Some might argue that this was always likely to be the case, that the scenario of a peripheral perched precariously over the top of many a TV, likely to fall to its shattered demise, would cause a wave of further negative press if it stopped early adopters playing their new £429 toys. But the Wii doesn’t work without the sensor bar, and there’s more than one box residing under a TV that’ll be the proverbial chocolate teapot without its remote, so that theory doesn’t stack up.

Far more likely an explanation is that it was simply thought it would no longer prove sufficiently beneficial to withstand the bad PR considering the now dwindling profits it could bring. Kinect 2.0 being universal and integral was as key to Microsoft’s plans as always online and installing all software.

They wanted to become the content portal, with the One acting as a Trojan Horse device, similar to Blu-ray’s utilisation in the Playstation 3.
In order for this conduit of multiple media to work they required the ability to switch instantly between the primary function and a secondary feature, which was never likely to be as feasible when loading from discs. In order to target content, the system needed to be online, feeding you recommendations in the same way that many PVRs do; like that? Try this. The idea of getting consumers interested in viewing TV, watching films, listening to music and ultimately consuming through the machine was a drip feed theory that, the hope being, once tried would become second nature. Your one stop shop for all your multimedia needs.

But heading off Google and Apple in designing the one box to rule them all was always likely to be tricky. The factor so oft ignored, amidst talk of front ends and user interface, was the control device itself. Something ubiquitous was necessary, a device that could be deemed a gaming tool but also work as a simple, easy to handle remote that could be accessed by everyone, and Kinect was perfect. The mixture of voice and gesture control offers the ability to target to a wide audience, bringing in the family members sitting on the couch as well as the insatiable tech fiends looking for that Minority Report experience. Once the all-or-nothing approach of a supposedly revolutionary console was binned, the necessity of having the remote ever present was always likely to follow suit. It remains ubiquitous, but you suspect only in terms of needing to be paid for and thus included in the box, an £80 fine for Microsoft’s over reaching claims and under-performing PR.

The funny thing is it was arguably Sony that put the final nail in the Kinect coffin, by choosing to shed the costly weight of their own PS camera from the PlayStation 4, seemingly in order to beat their competitors on price. But there may be a sub-text to Sony’s decision. Due to the spiralling costs of game development, exclusives from third party studios have become the rare exception rather than the rule. With games associated with such motion input devices often deemed low quality or niche offerings, the main route to success for all but the most devoted or confident development team would be multi-platform release. Now, with Kinect considered by many to be housing the more refined technology, Microsoft had a platform to start winning at least one battle. Sony could have fought and continued the laboured pretence of seeing motion control as the future (it’s not, unless you include the Oculus Rift, but that’s another story), instead it sacrificed its own device’s universality in order to negate the issue and gain a lower price to boot. Win win.
Microsoft had a platform to start winning at least one battle.
The result to Kinect’s status is now defining it as a peripheral in the truest sense, an additional piece of kit that should add to the experience but is - for the majority of purposes - non essential. If you were underwhelmed by the Yoga demonstrations and the like at the One unveiling and E3, it now looks extremely doubtful that those instances will be anything other than the main narrative. It’ll still offer a neat way to interact with your console, and the promise of not having to shift furniture is sure to entice some bitten by the hampered original’s shortfalls, but it’s hard to see it gaining many must have blockbusters, or even truly essential uses. First party titles will undoubtedly find ways to subtly integrate it, but with less than six months to the One launch, and with even SmartGlass being showcased as delivering extra (though questionable) features for launch titles, it’s hard to see where the big Kinect 2.0 push is going to come from, beyond Zumba.

There are some rays of light though. Not long after Major Nelson put on his game face and tried his hand one more time at pretending all was right with the One world, there came leaked news of Ubisoft’s first Kinect 2.0 game, Fighter Within; though hastily removed from their website, it’s likely to be unveiled properly at Gamescom. A follow up to their Xbox 360 game Fighters Uncaged, whilst the original title was criticised, the ever optimistic may look at the improvements in the technology it relies upon and - in tandem with witnessing how Ubisoft were just about the only third party dev to inventively and properly use the Wii U’s GamePad with Zombi U - surmise that there may still be hope.

There’s also further inventiveness being shown outside of the gaming sphere, numerous prototypes on science programs housed the distinctive original Kinect bar atop their form, and just recently we’ve seen it being utilised to turn surfaces into touch screens and even a homebrew app for controlling Chromecast. The technology is clearly both powerful and adaptable, but it is in real world gaming applications that we’ve yet to see it truly shine.
It’s still in every Xbox One box, but I’d wager for many, that’s where it’ll remain.
To comment on what you've read here, click the Discussion tab and post a reply.
Article Discussion (14)