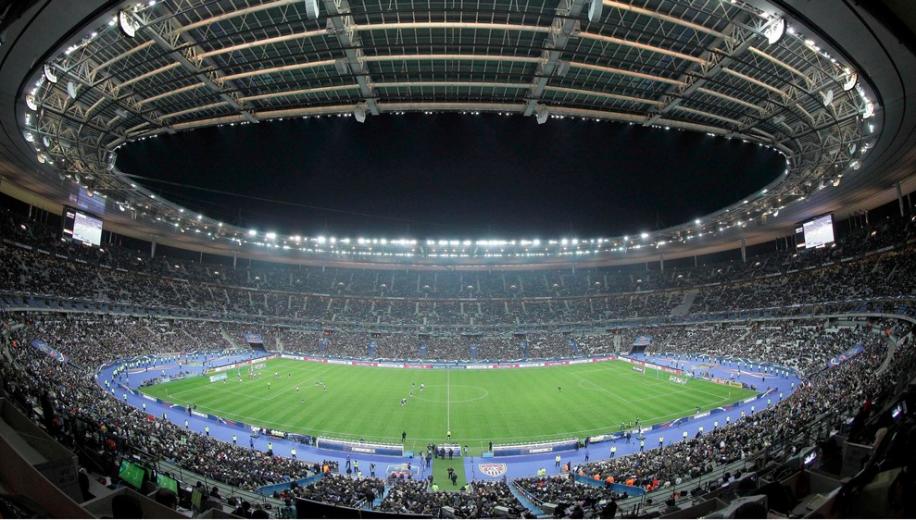 It’s major football championship time again and, if like us, you’re as nuts about the beautiful game as you are AV kit, you’ll want to catch as much of Euro 2016 as you can.
With England, Wales and both Northern and the Republic of Ireland representing the British Isles we’re in unprecedented times and, fortunately, the same goes for technology where our options for recording, on-demand and on-the-go have never been more varied. The upshot of all this, provided you have the time, is that you never have to miss the action, wherever you are and whatever you’re doing.

The fact that the 2016 European Championships is deemed of such national importance not to be sold off to the likes of BT and Sky means all the games are on free to air TV, i.e. the BBC and ITV, so a Freeview or Freesat based Personal Video Recorder (PVR) will do you just fine.

The YouView platform keeps on improving and something like the Humax DTR-T1010 2TB, which is merely a storage-enhanced version over the existing models, will serve you well. It has both the main Euro 2016 catch-up services, i.e. BBC iPlayer and ITV Player and in terms of its recording capabilities, the DTR-T1010 2TB is extremely solid and reliable and includes excellent implementations of time-shifting, ‘ad-skipping’, chase play and series record so it’s an excellent candidate for watching a recorded – or partially recorded – match. The big omission, as far as the software is concerned, is the lack of padding options but we’re sure both the ITV and BBC will keep on top of updating the EPG (Electronic Programme Guide) to enable the accurate recording feature of Freeview+ to ensure those matches that run over time will not be cut off in their recording prime. On a more positive note, the app for mobile devices – available on iOS and Android - allows you to set recordings from outside the home. We found the overall package provided by the Humax DTR-T1010T to be generally excellent, particularly with the on-demand integration, so we have no hesitations in proposing it as a potential Euro 2016 recorder. YouView has recently got itself a new rival, in the shape of Freeview Play, which is a very similar platform with just a bit more latitude for hardware manufacturers to add their own twist to the underlying software, Coincidentally, or not, the first Freeview Play PVR also came from Humax with their spiffing FVP-4000T. We like the recording capabilities and flexibility, in particular. Should the occasion arise, you are able to record up to four channels, at once, while watching something else and Freeview Play also provides other nice-to-haves including global timer padding, chase play, customisable time skipping and the ability to archive recordings to external storage. This box can also share the contents of its hard drive to other DLNA equipped devices on your home network so you can watch games almost anywhere in the house, which is excellent. In terms of flexibility there are two or three standout PVRs, for us. First off, although you’ll need to be an EE customer to get one, is the EETV. The EETV receives all the Freeview channels, including HD, so you don’t have to miss a kick. There’s a 1TB hard drive built-in, as well, meaning you could just about record everything, it will also let you pause and rewind ‘Live TV’ and comes with access to various catch-up and video streaming services. The EE TV platform has been built with smartphones and tablets designed to play a central role. The interface is very mobile led and there’s an app for iOS and Android that interlinks with the box in useful and interesting ways. The EE TV box can also, if you wish, record up to four channels simultaneously or you can opt for two channel recording and take advantage of the Replay feature. If you are already a qualifying EE customer, you can actually pick one up gratis and the user interface is refreshing while the integration with phones and tablets is superb. Your football mad ways don’t have to affect the rest of the house, either, as the EETV has the ability to stream four different programmes to four separate devices, simultaneously. Back of the net! Here’s one more from the leftfield but, when it comes to flexibility, it’s a peerless choice if you’re prepared to get your studs dirty in terms of putting a bit of work in to get it up and running. The VBox TV Gateway XTi 3342 doesn’t come with any on-board storage but you can add a USB hard drive, of your own, or even record to network attached storage, which means you have near unlimited recording time potential. Consider the VBox more as a router for your TV signal. It accepts transmissions from either terrestrial (aerial), satellite or cable sources and then makes them available to other devices (Smart TV, phones, tablets, media boxes and PCs) on your home network through apps, a browser or a KODI add-on. For some, it may have some slightly restrictive installation requirements – ideally your router and primary TV aerial connection will be close together, your wireless home network is recommended to be a minimum of 802.11n and setup isn’t as simple as a typical PVR but, once you do have it up and running, it’s easy to use and probably the best equipped of our options to let you catch all the action. Last up and hot off the production lines is Sky Q. Sky pretty much ingrained the idea of a PVR onto the UKs national consciousness since launching the original Sky+ box and their latest system is almost certainly their best. Teamed up with the new Sky Q Box, customers can take advantage of a seamless viewing experience and unparalleled flexibility, with the ability to watch on 3 TVs and 2 tablets, at once, and also to record 4 programmes simultaneously, thanks to 12 built-in tuners and 2TB of storage. Not only that, the new Sky Q box is also 4K Ultra HD capable with Sky set to launch UHD programming, later in 2016, with Football certainly part of that offering. We’ll have to ‘make do’ with HD for Euro 2016 but we’re hopeful that by the 2018 World Cup we’ll be getting all that UHD goodness. Teaming up with the Sky Q Box are the Sky Q Mini and the Sky Q Hub. The Q Mini boxes can be deployed in other rooms and boast more or less the same feature-set as the Sky Q box, only without the built-in tuners; so you can watch any live, recorded or on-demand games you like, anywhere in the house.

So that’s our Euro 2016 five-a-side PVR choices, let us know what else to consider for selection in the comments.