Every technology represented and every price point... 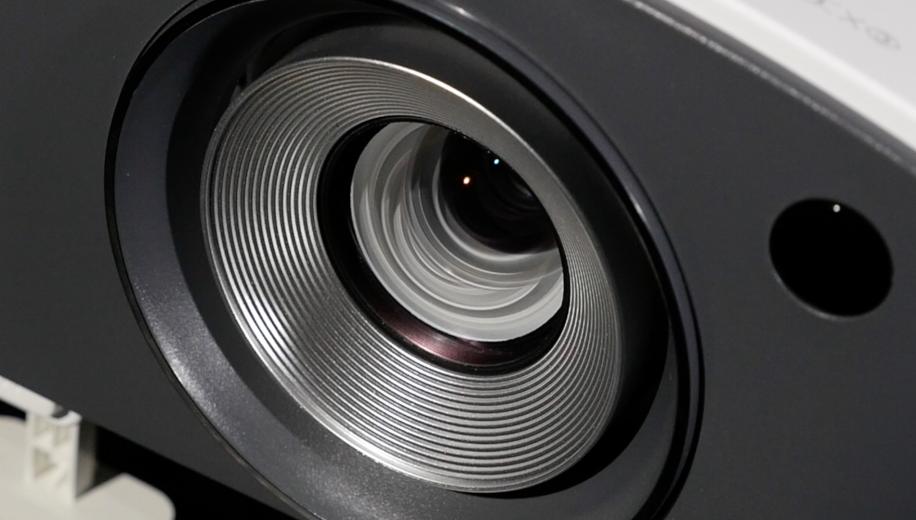 You can’t beat a full-on summer of sport as an excuse to buy a new display.
But with the summer weather comes bright evenings and the last thing you want to do is be sat in a darkened room watching the TV or projector, right?

When it comes to projectors a dark room is usually the best environment to use them in and certainly at AVForums we would always recommend you use a bat cave or similar. But we also understand that for some the idea of taking a cheap projector to a BBQ party or just shining it on a white wall for big screen gaming is an appealing idea. So in this quick round-up article we hope to cover all the various technologies and price points to give you suggestions to fit each given scenario and leave it to you to decide which is best for you.

Let’s start at the least accurate but most fun end of the scale... The recently reviewed Epson is a great all-rounder for gaming, sports and 3D film watching. At under £600 we think it is a bit of a bargain and adds in technology not normally found at this point in the market. But let’s get one thing clear before we start, this is not a home cinema grade projector for critical movie watching, it’s an all-round home entertainment device.

The TW5350 provides nice bright images that are sharp across the entire screen when set up correctly and it also produces good-looking colours with only green appearing a little off-hue due to its restricted colour gamut. Black levels are as you would expect at this level of the market and are not fantastic, but as this projector will be used in a normal living room and not a dedicated bat cave, that shouldn’t impact too much on the overall performance. Just be aware that black is one tone with no shadow detail on offer and avoid very darkly lit movies.

But as we said this is not an accurate-to-the-standards projector and hardly any under £1000 can be considered so. However the Epson can deliver with compelling big screen sports action and its built-in frame interpolation technology can also help in this regard. We don’t know of any other budget beamer which can offer this at the price point or below and although we would never recommend such technology for film viewing due to the dreaded soap opera effect, with sports it is a different matter. Set to low we found football viewing was very good with no image break-ups or odd looking motion on show and motion was smooth. Colours in the Cinema mode (and we would recommend this mode for all viewing), were as accurate as we could hope at the price point and skin tones always looked natural.

3D viewing was also very good on the Epson with very little in the way of crosstalk or ghosting and it even has a 2D to 3D conversion mode so you can watch whatever you like in 3D! As with most 3D displays these days you will have to fork out extra for the active shutter glasses. Gamers will also be able to rejoice at not only the big screen images available from the TW5350 but also at the 28ms of input lag which sets the Epson amongst the best projectors we have tested lately and that was also in the cinema mode. Just make sure the FI is switched off.

Overall we really can’t fault the Epson EH-TW5350 3LCD projector as an all-rounder and as long as you are aware of the drawbacks of the mediocre black levels and restricted colour gamut size against Rec.709, you’ll be very happy with this projector for gaming, 3D movies and big screen sports action. As a result it comes recommended. We really liked the W2000 when we reviewed it back in December and for us it is still the best projector in terms of value versus performance under £1,000. Just like the Epson above this is not a dedicated home cinema projector for critical movie watching in a bat cave. It’s a bright all-round performer with gaming, big screen sports and excellent 3D movie watching. Plus unlike all other budget single chip DLP projector which use a colour wheel to produce their colours, the W2000 is the first at this price point to actually get very close to the Rec.709 standards, especially with green. That's a big plus point for this best buy badge-winning projector. We found colour accuracy on screen to be excellent which really added to the atmosphere of live sporting action like premier league football, where the grass was a realistic shade of green for once from a DLP projector. Motion was also excellent on the BenQ with no induced judder with 24P material and no unwanted blur with football and other sports.

Gamers will love it as well with a very decent 50ms of input lag which while not as quick as the Epson, will keep the average gamer in the action without any issues. There’s a good selection of inputs and of course with this level of BenQ projector you can also add the optional wireless HDMI transmitter and receiver so you can do away with the long cable runs through the living room.

3D still has some life in it yet and on the big screen it really has impact. We were impressed with the performance of the W2000 with 3D movies and hardly saw any crosstalk or ghosting, even with very difficult material. You need to buy the optional active 3D glasses separately but it is well worth the investment in our opinion.

The BenQ W2000 is the pick of the bunch from the latest budget single-chip DLP projectors and we still think it's a best buy. The next projector on our Euro 2016 list is quite a jump in price, costing nearly double that of the BenQ, but we also feel it is a massive step up in terms of performance and quality. The HW45ES is a dedicated home cinema projector that uses Sony's proprietary SXRD technology, which is a variance on LCoS. While the first two budget models on the list could be used in any room and fired at a white wall to get an image, you really should take some care in setting up the Sony to get the very best big screen images for under £2K. Used in a light controlled room the Sony really does shine with superbly accurate colours compared to the HD Rec.709 standards and, thanks to the excellent on-screen cinematic images, you will be blown away by the value for money on offer. Blacks are a step up on the first two projectors in our list as you might expect, but they are also full of good shadow detail adding real depth to images that pop with great contrast. While it doesn’t get close to the JVC for the ultimate dynamic range possible, it’s still a fantastic performer that leaves every other projector in its class and below wanting.

It does miss out on some of the features its bigger brother the HW65ES has, like dynamic iris control and some of the fancier video processing, but that doesn’t impact on the performance level of the HW45ES. With sports we could have used some of the more advanced motion flow settings as fast football images can suffer a little from blur, but overall the accurate colours and good contrast really pull you into the action on screen. We were also impressed by the 3D performance of the HW45 with bright accurate images which were mostly free from any crosstalk.

We think that the Sony VPL-HW45ES is a stonking projector at an amazing price point and is the type of display that you will want to set up correctly in the best environment possible, in order to get the best from this projector. It might cost more than the previous two projectors we mentioned but you'll be able to use the HW45ES as a serious home cinema projector for years to come. All this made the Sony VPL-HW45ES a best buy badge winner (but don't forget you could pick up the outgoing HW40ES which offers very nearly the same and at current prices it's even more of a bargain!). Just like the Sony was quite a step up the ladder from the budget 3LCD and DLP projectors, our final choice is another magnitude up not only in price but performance. The JVC DLA-X5000 is a dedicated home cinema device that also boasts some of the most up-to-date features available including HDR. So if you are going to buy a new display for the summer of sport and beyond why not do it with some style, and besides the E-shift technology allows you to view 4K Ultra HD images and upscale to that resolution as well.

This fifth generation JVC projector uses the company's proprietary D-ILA technology which, like Sony's SXRD, is a variation of LCoS. It also uses the same chassis as previous generations and the X5000 is the most affordable JVC model ever launched in the UK to feature its E-Shift technology and the new HDR standards. Build quality as you would expect is first class and the JVC is almost silent in low lamp mode operation making it ideal for critical movie viewing in a dedicated cinema room.

Of course the highlights of the projector are its amazing black levels and dynamic range that bring movies to life and offer one of the best projected images at any price point. Further to that motion is also improved this year which is good news for football and fast moving sports fans and the X5000 includes JVC's Clear Motion Drive to improve motion handling still further. Although as with all frame interpolation features, you should avoid using CMD with film-based content.

Yes, you will have to spend the summer of sport in a darkened bat cave room to get the very best out of the JVC’s image attributes, but we think that is an acceptable compromise. Plus dark rooms will keep your beer cold rather than sitting in blazing sunshine (I’m obviously referring to those who live outside the UK here). There is no doubt that the JVC X5000 is the ultimate projector to own under £4K and the summer of sport is the perfect excuse to make a room in your home a bat cave and install a complete immersive audio system around the X5000. Then forget about the sport and watch your movies in the best possible quality at the price point. (Well, OK you can watch the sport too).


And that wraps up our list, don't forget you can find out more about projectors in our dedicated buying guide and you can read all our projector reviews here.