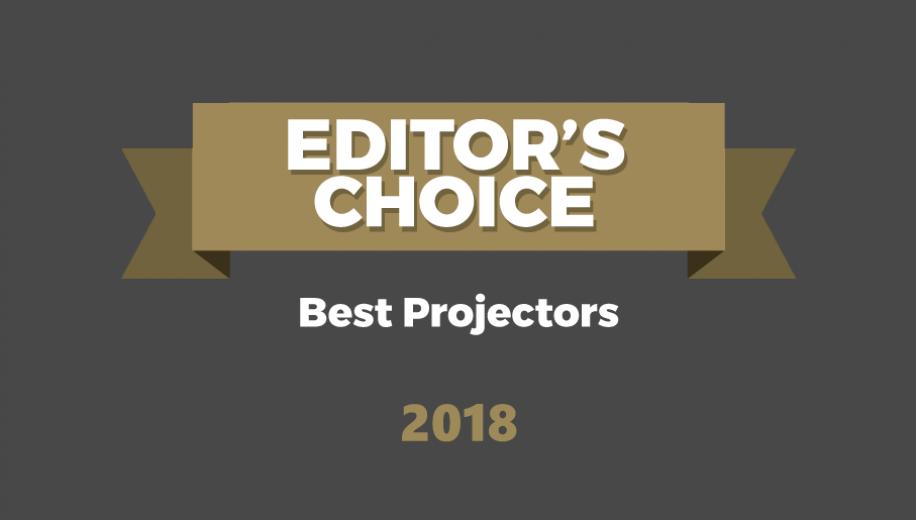 If you want big screen action at home, a projector is still the most cost-effective way to achieve that on screens well over 100-inches.
There are usually annual changes in some manufacturer's projector line-ups and this year we have waited as long as we can before submitting our best of the year. This is because projectors usually launch around IFA and CEDIA which are shows taking place in September. That means trying to get hold of the latest models can run close to our awards cut off dates. What we have below are our choices for 2018 based at three market levels and performance points.

The criteria for being eligible are simple. It must be a product that has been reviewed by AVForums in the last 12 to 18 months and it must currently be available as part of the official product range from a manufacturer and not discontinued before the end of 2018. 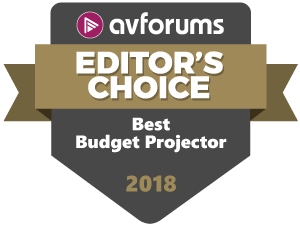 The BenQ behaves in exactly the way we expect it to for a single chip 4K DLP projector, having reviewed a few of these now. It has a number of positives and some negatives, and it is best suited to certain viewing conditions which would be found in a normal living room, and not quite the light controlled home cinema environment for critical movie viewing.

In the right surroundings, the weaker black levels and missing shadow details are not a major issue as the brightness and pop from accurate Rec.709 colours make up for it. Add in the 4K resolution for football on a big screen, or Netflix movies with your mates, or even some 3D, then, at its price point, this BenQ really does start to make sense and is a bargain for such use.

Think of it more as an all-rounder for your living room and not the critical viewing machine for your bat-cave cinema, and you have a very good quality projector for the price point that offers excellent motion, 4K compatibility, Rec.709 colour accuracy and brightness. 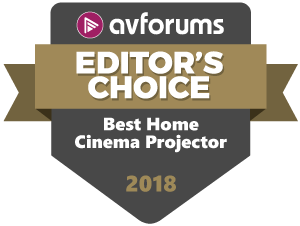 The JVC DLA-X7900 was launched last December and is still our reference point when it comes to comparison reviews. We are still waiting on the native 4K machines arriving (which have been delayed to early 2019).

The X7900 offers stunning SDR performance with superb black levels, shadow detail and accuracy.
There is a genuine cinematic feel to the JVC’s projected images that no other projector currently on the market can compete against. Images have superb depth thanks to strong black levels and highly detailed shadows that create the perfect depth to dark or murky scenes, like our favourite Dawn of the Planet of the Apes Blu-ray. The opening scene is a dank and wet affair with thunder overhead, rain falling all around and the choir starting to build within the sound mix. As this happens, we pull back on Caesar, his fur is wet and with the X7900 there is depth to that coat and we can make out strands of hair in the darkest areas. There depth and detail to his face with every line building, the structures under his eyes and the murkiness of his face and coat in such heavy rain look utterly real. As the camera moves back to reveal more we see excellent detail to the bark of the trees and superb accuracy to the greens and browns on the moss covered tree trunks. Motion is also very good when things eventually kick off and the Apes chase down the herd of deer on the forest floor with no induced judder or motion blur that shouldn’t be there. It all looks natural and film like. The natural dynamic range of the JVC really does help with the HDR image quality and our only gripe is some slight clipping with some material.

Overall, there are no projectors at this price point or below which can provide such a superb cinematic image with SDR and HDR content. This is the perfect partner for a bat-cave dedicated cinema room where the dynamic range and contrast can really shine. 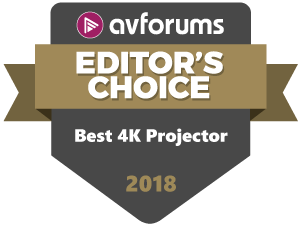 If we are being completely honest, we thought that 2018 would offer up more native 4K projectors than we actually ended up with. Even now, Sony is still the pioneer of native 4K projection in the home and, while JVC has announced their new range, it will be delayed until early next year. We have also seen many new 4K DLP models like the BenQ above, but none of those models offers a true home cinema experience. It could be argued that the JVC DLA-X7900 offers a 4K-like image with superb image quality, as we have stated above, but when it comes to true native 4K projection, Sony still has the edge.

The VPL-VW570ES offers a real step up on the VW360ES and VW550ES that it replaces, with superb image quality and incredibly deep blacks. Starting with SDR streaming content we found that the video processing and scaling are very good on the VPL-VW570ES with no obvious ringing or other artefacts being seen. Motion with 24fps material was also very good with no induced judder on pans or additional image blur over what is contained within the source material. Colours are also superb with incredibly natural-looking skin tones and strong, yet realistic, colour hues and tones which keep a consistent look that is not over the top or forced. Compared to the JVC X7900 we found that, while very close in image attributes, the colour tone was slightly forced or over saturated to the eye on the JVC. This initially draws the eye but after some time viewing we found the Sony colour rendition to be slightly more appealing to our eye than the JVC, but again, we are being extremely picky.

We used our usual test discs, such as Pan and Blade Runner 2049 to really push the Sony VW570ES and its HDR performance to great effect. The Sony offers superb above black detail that really opens out the darker reaches of the image adding in excellent detail and colour balance. Peak highlights are slightly clipped to retain the depth and detail in the lower reaches where changes in brightness and clipping are more obvious.

Overall, the Sony VPL-VW570ES is the best 4K projector currently available in 2018, offering cinematic excellence in both SDR and HDR, but it will have a real native 4K fight on its hands in 2019.
To comment on what you've read here, click the Discussion tab and post a reply.
Article Discussion (10)