Shenmue 3, The Last Guardian, FF7 and some other stuff no one will remember 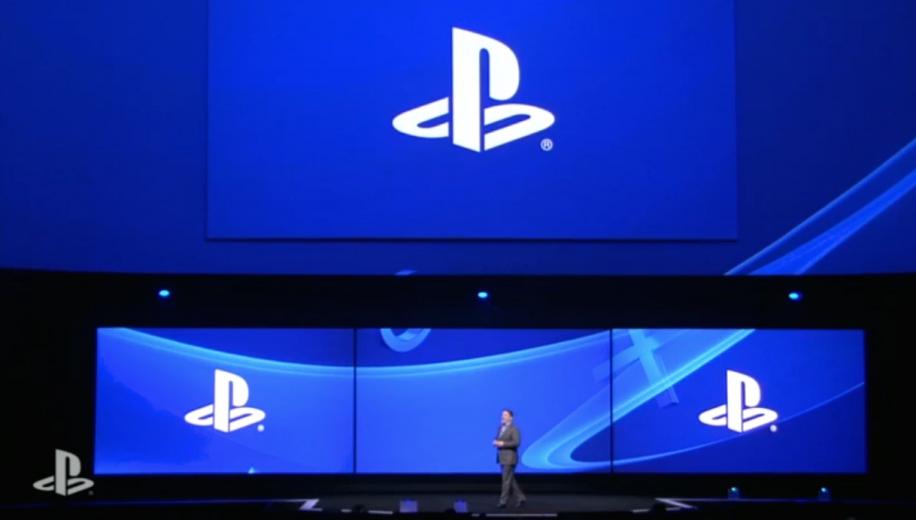 With Microsoft having put in a sterling effort to emphasise the value in their console, Sony's massive sales lead meant they didn't have to come up with a fitting reply, but after the last couple of years where they've played it safe, it would've been nice. They've got Rift and PS Now up their sleeves to try parrying the counter attack of Hololens and the Xbox One's backwards compatibility, but as each games show slips by without a killer use of either, their ability to make a splash diminishes, and sadly this conference was no different.

No, Sony chose to regroup behind some huge reveals for much anticipated games, and it got the reaction they wanted. Some may have been intimated and rumoured, but each still came as much of a surprise as the Sony show starting on time! Kicking things off Shawn Layden arrived to give the opening spiel of how much Sony cares, changes things, puts the gamers first, will heal the sick etc. but then we got stuck in with the first of the big announcements. It's been languishing in development limbo, and has needed several denials to the claims it's been canned, but last night we finally got confirmation that The Last Guardian is alive and well.

We've been here before, but this time a proper gameplay demo (although not a stage demo) highlighted the interaction between the young boy and his giant companion, instantly evoking Ico's journey with Yorda thanks to the babble language spoken and gloriously sun-dappled architecture. To prove that this wasn't another tease, we finally got a release date, though the vague "2016" should give Fumito Ueda enough leeway to finish what will hopefully be his magnum opus.

Continuing the fan whoops, next up pops Shuhei Yoshida, who always draws a warm crowd reaction, to hand the baton straight to Guerrilla Games' Hermen Hulst to outline what their new IP is. Horizon: Zero Dawn looks to be a post apocalyptic hunting / survival game with a difference, namely that civilisation has regressed to the stone age but the technology continues to exist in the mechanoid beasts that mimic dinosaurs and other foe. The gameplay trailer, captured directly from a PS4, showed a huntress bringing down a massive metal T-Rex like creature thanks to some nifty bow work. It already looks very slick, but then you expect a certain level of graphics sheen from anything Guerrilla touches.

Then came a CG trailer for a new Hitman game, and the requisite touting of minor exclusivity deals, in this case six mission and a beta for pre-ordering. The pre-order beta deal was in place for the following game too, Street Fighter V, although at least this time it's a console exclusive as well.

Upping the ante on exclusivity was a game that everyone's been dying to see more of, No Man's Sky. Hello Games' Sean Murray took to the stage to give a demonstration of just how vast the procedurally generated universe is. A few fires of his ships lasers later - just to emphasise that ship combat is there - he descended to a random planet to give us a tantalising taste of a few minor gameplay details. Everything is destructible, planets are patrolled by sentinels and there was even a mention of trading. As if the sci-fi fandom wasn't going to complete, it ended with a quote by Carl Sagan. Nice touch.

For once the intro of hyperbole wasn't entirely unfounded, as the lead in to the next segment of a studio "challenging the very nature of how we create" was fairly accurate, and out popped Media Molecule to give us our first look at Dreams. There have been numerous artistic titles at E3 recently, but this looks head and shoulders above everything else. Controlled using the motion of the DualShock 4, it's a creation suite of a game that centres on imagination, and the results showcased were like a cross between a painting, a collage, puppeteering and stop motion animation. The plasticine look to some characters seems so tactile and life-like.

Back to the old "console debut" tagline and Firewatch from Campo Santo will be coming first to PS4. The trailer was an intriguing first person mystery, that looked light in presentation but hinted at darker things beneath.

That segment of creativity was reined in, just in case anyone was worried things had got too far away from the mainstream AAA, and Adam Boyes then enthused for the latest Destiny expansion, The Taken King - out September 15th - which continues Sony's partnership with Bungie for exclusive content for the online shooter. Continuing the bankable third party big hitters was Assassin's Creed: Syndicate and news that it would have some exclusive content in the shape of the Dreadful Crimes missions.

Then came an announcement from Square Enix... jaws prepared to drop to the floor, and the trailer was revealed for *drumroll* World of Final Fantasy! Yay, what? That's not what the crowd wanted. A cutesy FF with decidedly kawaii characters from the series, it'll be exclusive on PS4 and Vita (remember that thing?) in 2016. With the growing sense that perhaps rumours were wrong, and perhaps everyone was being trolled like last year when FF7 was announced to be coming to PS4... as a port of a PC port, but then we got the trailer we wanted. Yep, fans of the greatest instalment in the final fantasy series, and a whole new generation, are going to be able to experience Final Fantasy 7 in what promises to be a gloriously updated remake. The trailer was so slick I don't think anyone cares that it's only a timed exclusive.

Phew, time to catch your breath, and for a year where indies and lo-fi titles weren't pushed front and centre for Sony there was at least a glimpse of four new titles from Devolver Digital. It was a breezy montage with no details, but Ronin, Eitr, Mother Russia Bleeds and Crossing Souls all look artsy and kitsch enough, with some nice pixel art violence to boot, to satisfy those keen for something a bit less obviously flashy.

Now, there's probably only one title that could be more anticipated than The Last Guardian and a FF7 remake. With Yu Suzuki's tweet earlier in the day of a forklift the cat was half out of the bag, but as he took the stage it all became a reality, Shenmue 3 is coming, finally! The caveat? It's a Kickstarter project. There was a trailer of sorts, that's really just a funding plea with some assets, but it underlined the fact that it exists in some form, even if it's only in Suzuki's mind, and it's not a reboot or a remake, instead it'll be a proper sequel to the first two titles in the series. I hope Kickstarter beefed up their servers, as Dreamcast fans may well break the internet with joy.

Back to titles that actually exist, and the marketing hype for Batman: Arkham Knight is in full flow, with a new trailer that outlines the fact that the PS4 will receive some exclusive content, the Scarecrow Nightmare Missions.

Project Morpheus had been conspicuous by its absence, but late in the show Andrew House appeared to remind people that it'd been touted as something big. No release details were given, but at least we heard of a new title in development from Guerrilla Cambridge. Rigs is a 3 vs 3 arena mech battle game that at least shows that something exclusive is being developed, and that multiplayer is on the map when it comes to VR.

It was looking like PS Now wouldn't make an appearance, perhaps for fear of seeming like a rip off in comparison to Microsoft's backwards compatibility plan, but the media message was put across in a small section about PS Vue, the video service that's trying to do for visual content what Spotify has done for PS Music. None of it seems to apply to us on these shores, but it's apparently a big deal for our American brethren that they can avoid having to sign up for multi channel deals.

Being a bit low on first person shooter games, Sony enlisted Treyarch to show off Black Ops III. They took us through firstly a single player mission, detailing how the enhanced abilities affect your play style - such as commandeering the mech tanks - and then a brief multiplayer reel, which is apparently "unlike any Call of Duty before". Feel free to take that claim with a pinch of salt, but it did look extremely fast paced, with some melee specials, lots of wall running and quick kills. It's looking like a montage of other FPS titles, but it seems to have picked the choice bits from the right titles.

Rounding out the FPS segment was Star Wars Battlefront. But not before some poor soul from Disney came out to try and enthuse the crowd on the fusing of Star Wars with Disney Infinity, in Disney Infinity 3.0 Edition. To be fair it does look good, but the apathy in the room was understandably palpable. Back to the big boys and Battlefront, which debuted a new co-op mode, Survival. As its name indicates, it's a case of surviving numerous enemy assaults, the foes shown were largely Storm Troopers, but there were also Skytroopers and even AT-STs.

It looks stunning, but more than that it's the sound effects that instantly place you in that universe. The blaster fire and all round level of detail in the noises (even the Wilhelm scream) just evoke memories of the most thrilling moments from the franchise. No mention of exclusive content, but I doubt any Star Wars fans minded.

To close things off was the game that needed no introduction; it's the exclusive that looms large over everything Sony does with the PS4, Uncharted 4: A Thief's End. A gameplay demo (after a brief technical hitch) unfolded that encompassed all the things people love about the series, from a market shoot-out to a gripping chase sequence that hinted at an altogether larger scale for this outing, it was the kind of downhill careering that look more reminiscent of Crazy Taxi in places! It hardly needs stating that it looks gorgeous.

And with that the show was over. Dominated by big announcements, but in reality only one of those titles is near to completion. This was a show defined by those fanfares, but for content coming in the next six months, and importantly more detail on big projects like Morpheus and No Man's Sky, this year felt a bit like a holding formation. Who cares though. Shenmue 3!!!!