The best form of defense is a good offense 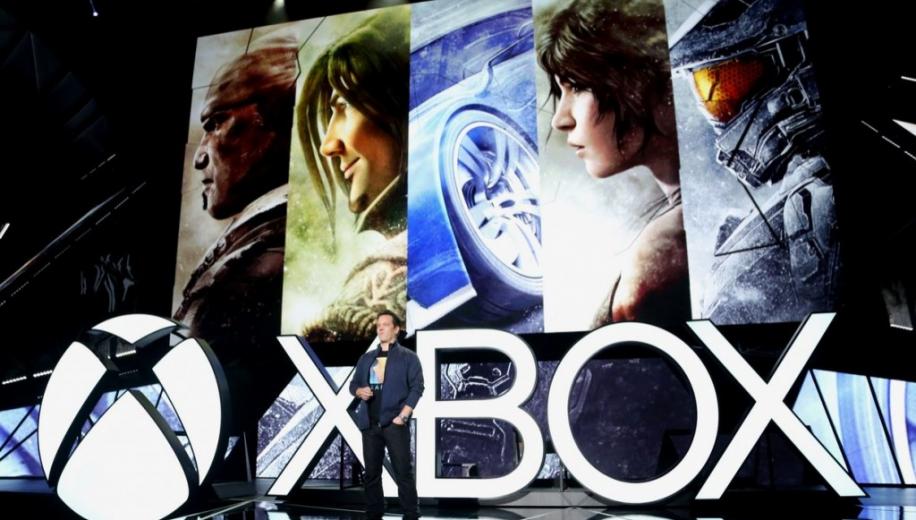 I'll be honest, expectations for this year's E3 have been low, with so much revealed prior to the conference and so many anticipated titles being pushed into 2016 territory it left this year's expo firmly in the "known quantity" category. Microsoft certainly had some work to do, the waves of the disastrous launch of the console are still being felt with the PlayStation 4 taking a commanding lead at the tills. Last year's E3 was a defensive play, recovering and doubling down on the core of the console to reassure customers the "Mattrick" Era was truly over. This year was most certainly their opportunity to attack, to show how they respond to being on the ropes and exactly what their plan is to regain ground.

Call of Duty was notably absent from the entire show, their usual opening gambit was replaced with Halo 5: Guardians delivering some campaign gameplay following Fireteam Osiris, lead by Halo: Nightfall protagonist Locke, as they hunt down an AWOL Master Chief. Gameplay showed off the acceptably attractive environments filled with Promethean and Covenant targets, and displayed the ability to give out orders to your co-op fire team and revive fallen team members. They held back on showing any gameplay of Master Chief's team filled with veteran spartans Linda and Fred, but we were treated to a preview of a new Warzone mode, featuring the largest maps seen in the Halo universe (up to 4x the size apparently) which are populated with AI opponents as well as 24 human players.


From the oldest Xbox franchise we moved forward into the first of the new IP announced in the presentation with Recore; a brand new game from Mega Man supremo Keiji Inafune and some of the team behind Mega Man, featuring a desolate wasteland filled with robots who are both friend and foe, which appear to be powered by "cores" that can be inserted into new husks; intriguingly creating an evolving companion. Recore is exclusive to the Xbox One and slated to arrive in spring 2016.

From here Phil Spencer proceeded to simultaneously back track on another previously held position and tick off one of the most requested features since launch. Backwards compatibility has returned on a system level, publishers merely have to approve a title's addition to the service and it will be made possible. Users who purchased digital titles on the the Xbox 360 should see them automatically added to their game library when made available at no extra cost. Preview members can get started later today with a small list of titles, and it will roll out to all users later this year with "hundreds" more titles to come. It was certainly a fan pleasing moment and Microsoft took great pleasure in effectively setting light to the fledgling PlayStation Now service. This feature appeared to have added a bullet point to many of the new games that would appear later in the conference with several of them bundling in their previous gen versions along with the new titles (Fallout 4, Rainbow 6: Seige). After revealing a slightly tweaked version of the standard controller last week, Microsoft revealed another version dubbed the Elite controller with all sorts of customisation options with swappable sticks, paddles, trigger modes and re-mappable buttons, seemingly attempting to destroy the entire 3rd party controller market in a single fell swoop.

Todd Howard returned to the stage to reiterate a lot of what was revealed at the Bethesda Press conference, but came equipped with some new gameplay footage of Fallout 4 and the news that PC mods will now be compatible with the XB1.

EA's Peter Moore did his best impression of an informercial host, trying to sell us on subscribing to EA Access by announcing Titanfall being added to the vault while Dragon Age: Inquisition makes its way later this year; if you still need some convincing, the service is being unlocked for all gold members for the duration of E3. There is also another Plants vs Zombies: Garden Warfare on the way.

Shockingly Forza 6 exists and looks very pretty as usual (weather!); not many details were revealed except the release date of September 15th. Dark Souls 3 was unveiled with similar treatment, a lovely CG trailer and a release window of "Early 2016". Ubisoft was on hand to announce an Xbox exclusive beta for The Division and to give away both entries of Rainbow 6: Vegas for free alongside Rainbow 6: Siege later this year.

Cuphead headlined a series of showcases by various [email protected] games on the way, other notable titles included Tacoma from Gone Home Creators Fullbright Studios, and the beautifully innovative Beyond Eyes.


Early Access makes the move to consoles with the Xbox Game Preview, which will allow players to buy and play games before release, each title will come with a free trial, with The Long Dark and Elite: Dangerous coming to the service today!

Also coming to the service is the new game from Day Z creator Dean Hall, Ion. It is a massively multiplayer online game where you are tasked with colonising the universe.

Crystal Dynamics finally showed off some gameplay for this year's Rise of Tomb Raider with Lara trudging through a well realised frozen tundra with an AI companion and having another one of her trademark bad days. The focus was on a largely scripted sequence which, although it looked very slick, doesn't reassure those looking for more involved puzzles or tomb exploration. Still, it looks to be shaping up nicely and will be arriving on what will now surely be the least productive day of 2015, November 10th, also known as "Fallout 4 day".

Rare returned to non-Kinect development, first by celebrating their past with Rare Replay, a collection of 30 old rare titles in one package available out on the 4th August. Most of the classics are included, with a couple of notable absences in Goldeneye and Donkey Kong Country, but if this is how we get Viva Pinata on the new consoles I'm more than happy with the trade off!

Rare are also looking forward however, with a new title Son of Thieves which looks to be a multiplayer game where you role play as a pirate, sailing ships, walking planks and collecting booty.

Meanwhile Fable Legends continues to be the game absolutely nobody is asking for.

Kudo Tsunoda took to the stage sans sunglasses to announce another VR partnership. After revealing a plan to work with Oculus last week, which will see an Xbox One controller ship with every Oculus Rift headset, they continue to parry the Morpheus by cosying up to Valve to ensure that "Windows 10 is the best place for VR gaming". How that squares away with Valve's plans for Steam OS is unclear but to me it seems like a canny move to muddy the VR waters until a certain augmented reality headset is ready for prime time, similar to what they did with HD DVD perhaps?

Speaking of HoloLens, we got an interesting demo showcasing a new Minecraft for HoloLens which highlighted the technology very well; raising a Minecraft world from a coffee table and watching a second person run around it in real time felt like another significant milestone in our March towards a real world Holodeck.


Closing out the show was a double hit from Coalition studios; confirming this E3's worst kept secret, Gears of War: Ultimate Edition, a remaster of the first game coming out on August 25th, with a beta available today for preview members, and we also got a look at Gears 4 with a moody gameplay demo and a release window of 2016.

All that was left was to drop the mic, expectations being so low surely helped this press conference land a few unexpected hits and it was an entertaining presentation. Even more encouraging was the breadth of content on display, from staple shooters like Halo and Gears; through to the varied indie content, and a look into the future via HoloLens; while not forgetting its past with backward compatibility. With more promised throughout the week, including a new Windows 10 dashboard redesign on the way, I think we can finally say the mea culpa is complete and Microsoft are now moving forward with confidence.