Open, immersive and flexible - that’s the basis of the latest next-generation sound format 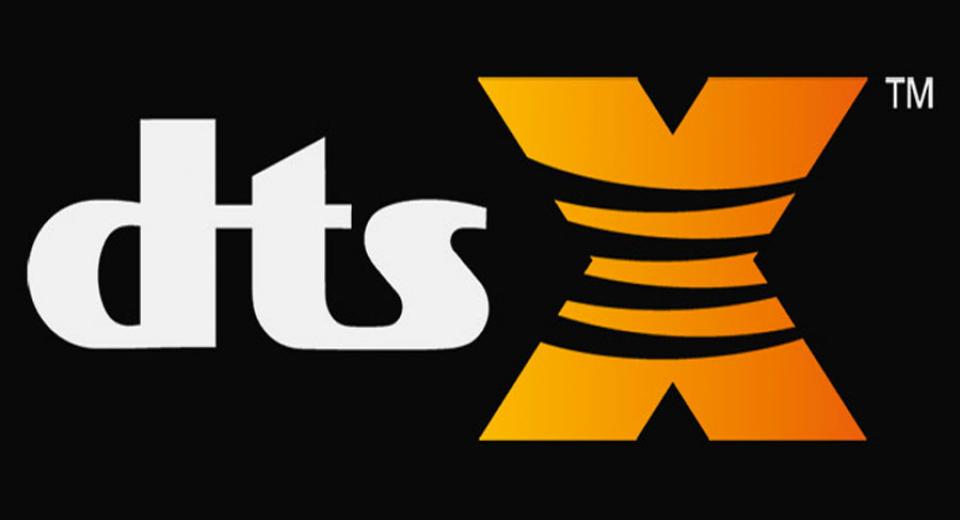 After months of waiting, DTS have finally released more information about their next generation audio format - DTS:X.

The first surprise is that DTS:X isn’t just for the home and will be available in cinemas as well - with various customisation options for both environments. As we suspected, unlike current surround sound formats, DTS:X won’t be tied to prescribed speaker configurations or a specific number of audio channels. DTS:X will adapt to the viewing environment, allowing for a flexible speaker configuration that best fits the viewing space. This makes perfect sense and hopefully means that DTS:X could also be used in conjunction with existing speaker layouts for both Dolby Atmos and Auro-3D.

DTS:X is designed to more accurately convey the fluid movement of sound within an environment, thus creating a more immersive soundscape than has previously been possible. This is achieved by moving sound objects to and through specific locations in front of, behind, above and beside the audience, precisely where the mixer placed them.

"DTS:X is built on the foundation of providing an open, adaptable solution for content creators, cinemas and homes to fulfill our goal of bringing immersive audio to as many people around the world as possible," said Jon Kirchner, chairman and CEO of DTS, Inc. "Until recently, sound in movie theatres and in our homes has been dictated by a standardised speaker layout. Through the use of object-based audio, DTS:X is able to scale immersive soundtrack presentations across a wide range of playback systems, from efficient to extravagant, while staying true to the content creator's vision. This approach delivers the most authentic three-dimensional audio experience ever, making the audience feel as if they are in the centre of the action.”

DTS started life as a cinema-based sound format with the release of Jurassic Park back in 1993 and now, twenty-two years later, they’re returning to theatres with DTS:X which will deliver the film industry's newest audio solution. This new format will no longer be limited to specific channels or tied to a prescribed speaker layout and it can be delivered as part of the Digital Cinema Package (DCP). The foundation of DTS:X is MDA (Multi-Dimensional Audio), which is DTS's license fee-free, open platform for creating object-based immersive audio.

DTS's licence fee-free, open platform approach makes perfect sense.
MDA gives movie studios unprecedented control over the specific placement, movement and volume of sound objects. The platform also enables sound engineers to "mix once" for both immersive and conventional cinemas in a combined object- and channel-based audio format, allowing content to be easily distributed beyond the cinema for streaming, broadcast, optical media and more. "MDA is DTS's license fee-free contribution to the professional audio community for mixing and storage of immersive audio content," said Kirchner. "MDA fits perfectly within today's production workflow, and a combination of MDA and DTS:X provides a complete end-to-end workflow, from creation to exhibition.”

The DTS:X licensing program will offer cinema owners the opportunity to upgrade their sound systems to provide their audience with a more immersive sound experience. DTS claim this can be achieved with almost any room configuration by installing DTS:X-approved equipment and working within their recommended speaker installation guidelines. To ensure quality and provide flexibility within the DTS:X program, DTS has partnered with industry-leading server, sound rendering and processing companies.

These include GDC Technology who produce digital cinema products, QSC who produce professional audio systems and USL who produce sound processors. All these companies have developed and made available DTS:X-ready components that process and render MDA files. In addition, DTS is presently working with several major studios and mixing stages in Los Angeles, Northern California and Canada who are evaluating DTS:X. Future content announcements will be made by the studios when ready, in alignment with DTS.

There's plenty of manufacturer support with new AVRs later this year and firmware updates for some existing models.
In terms of home implementation, manufacturers representing nearly 90 percent of the AV receiver and surround processor market will launch DTS:X-enabled products beginning in early summer 2015, with additional manufacturer and model announcements to follow in the coming months. So far the confirmed AV receiver partners include Denon whose excellent AVR-X7200W will receive a DTS:X firmware upgrade later in 2015 and Marantz, whose AV8802 will also receive a DTS:X firmware upgrade later in 2015. In addition Onkyo, Pioneer and Yamaha will all be launching new DTS:X models by the third quarter of 2015. DTS:X solutions will also be available on new silicon platforms representing the majority of the DSP platform market share, including Cirrus Logic, Analog Devices and Texas Instruments.

For home cinema owners, DTS:X is designed to provide personalisation, flexibility and control for the most optimised listening experience possible. Key features include:

Backward Compatibility - DTS:X builds upon DTS-HD Master Audio to provide backward compatibility with existing DTS bitstreams and speaker layouts. In short, all features of DTS-HD Master Audio are supported, thus enabling an immersive audio experience for older content. DTS:X content is backward compatible with the DTS-HD decoder, whilst the DTS:X decoder supports DVD, Blu-ray Disc (BD) and streaming media file formats. DTS:X can spatially reformat stereo, 5.1 or 7.1 content to take full advantage of all speakers in a surround system. However, objects are never lost; if the object is embedded, it can be extracted and used in the rendered experience.

Dialog Control - AV receiver owners will be able to control the volume of specific audio elements at home, such as increasing dialog volume to match their listening preferences. So dialog, as an object, can be lifted out from the background sounds when clarity and intelligibility are desired and content creators have the choice to implement this feature in their content mix.

Lossless - DTS is known for lossless, master audio quality with no compromise, delivering dynamic bit allocation. DTS:X supports lossless encoding for the highest audio quality possible. Although in situations where bitrate is of high concern, DTS:X can also operate in a high-quality lossy mode. DTS:X supports up to 96k for object mixes but can still support up to 192k for stereo and multi-channel mixes. So as a result DTS:X remains true to the audio master, delivering it in the highest quality and preserving its fidelity.

A flexible speaker layout is the ideal solution, meaning you can use DTS:X in conjunction with Dolby Atmos or Auro-3D.
Flexible Speaker Layout - This is a key area and DTS claim that with flexible speaker layouts and remapping technology, DTS:X allows the placement of home cinema speakers virtually anywhere. In theory the freedom of object-based audio enables optimised playback on a multitude of speaker layouts, with any number of speakers. The DTS speaker remapping engine supports any speaker configuration within a hemispherical layout based around the listening position in the room. What this appears to mean is that you could use DTS:X with an existing speaker layout for either Dolby Atmos or Auro-3D which is very sensible.

The first wave of AV receivers with DTS:X will be able to support up to 11.2 speaker channels and content created for a specific speaker layout can be remapped for playback through a different layout. This enables remapping of outputs to custom or original equipment manufacturer defined speaker layouts and the remapping of legacy content to new configurations. Within the specification is support for up to 32 speaker positions, subject to each manufacturer's product capabilities, and metadata-based spatial mapping will render the ideal 3D sound image to the actual speaker layout.

So what does all this mean? Well, the return of DTS to cinemas is a surprise but makes sense given Dolby's attempts to dominate both the professional and home markets. Since DTS sold their cinema business to Datasat, it's been left to Dolby Atmos and Barco Auro to compete in the professional market. In an effort to side-step a format war in the cinemas, the Society of Motion Picture and Television Engineers (SMPTE) has been working on a single standard format for immersive sound so that any mix will play in any cinema, whether it's equipped for Dolby Atmos, Barco Auro or DTS:X. MDA is already one of the formats that has been proposed for this purpose and DTS making it available for use license fee-free seems very smart.

There's another reason for returning to the professional cinema market, it provides a clear and cost effective workflow from sound mix to cinemas to the home entertainment market. Once again Dolby has been making similar claims about Dolby Atmos and this puts DTS:X on a similar playing field. The news that certain existing AV receivers like Denon's AVR-X7200W can be upgraded to DTS: X via a firmware update is also excellent news. However where DTS:X really delivers is in terms of its flexible speaker layout and if you can use DTS:X with existing Dolby Atmos and Auro-3D configurations then DTS may have simultaneously won and averted a format war.

DTS-HD Master Audio is used on the majority of Blu-ray discs and they were never going to relinquish their dominant home entertainment position without a struggle. However with DTS:X it looks like they are taking the fight to Dolby and now it all depends on just how many studios support the new format. We're certainly impressed based upon what DTS has announced today but what do you think?
To comment on what you've read here, click the Discussion tab and post a reply.
Share:
Facebook Twitter Reddit Pinterest Tumblr WhatsApp Email Share Link
Article Discussion (2514)