Dolby Atmos, Auro-3D and DTS:X - What are they? 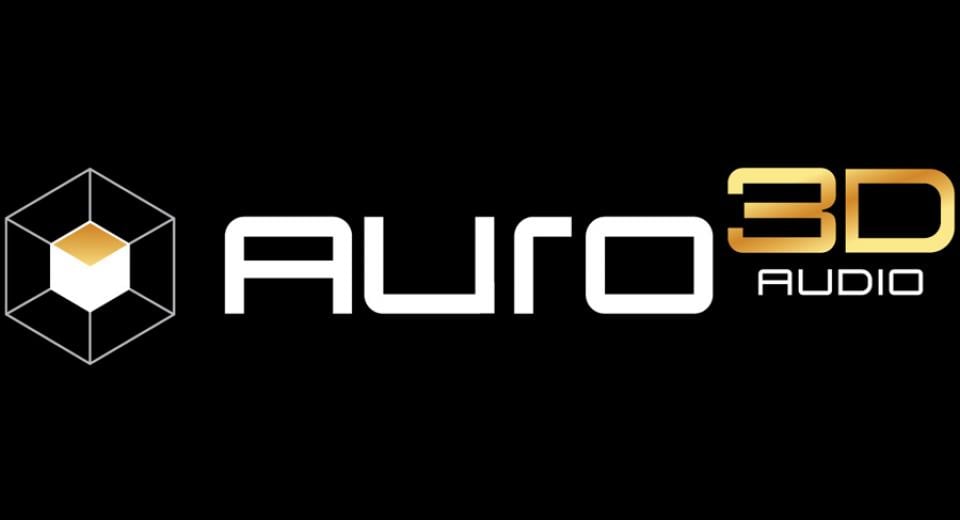 Immersive audio was one of the big buzz words at this year's CES but with Dolby's Atmos, Auro's 3D and now DTS: X all vying for your attention, it's easy to get confused.

So here's a guide to all three formats - how they work, who is supporting them and what content is available. Dolby Atmos and Auro3D have already been launched but DTS: X was only announced in April and the first discs and receivers don't arrive until July and August. There has been talk about this new round of audio formats sparking a 'format war' and to a certain extent there is some truth in this statement. That's because unlike the current audio formats - Dolby TrueHD and DTS-HD Master Audio - which share the same 5.1 or 7.1 speaker configurations - two of the new formats (Atmos and Auro-3D) use very different layouts.

This makes them incompatible, so you would have to install two completely different speaker configurations to optimally use both of those new audio systems. Thankfully common sense has prevailed when it comes to DTS:X, which appears to be very flexible in terms of speaker configurations and it looks as though receiver manufacturers will generally map DTS:X to the same configuration as Dolby Atmos. Since both Atmos and DTS:X can use the same speaker configurations that eliminates the danger of a genuine format war between the two dominant formats, especially as Auro-3D remains a niche product with no studio support.


The first of these new immersive audio formats is Dolby Atmos which initially started in the cinema but has now been launched as a domestic audio system. Atmos is an object-based audio system, which means that rather than using separate channels, the system utilises individual sounds or objects. Dolby claim that this approach is a revolution in sound design but on top of that, Atmos adds overhead speakers, more subwoofers and a side array of speakers that runs from the screen and all the way around the auditorium. The system then maps the physical space and the position of all the speakers in order to move the objects around in three dimensions.

Whilst the cinema version can utilise up to 128 objects and dozens of speakers to create a more immersive effect, clearly something more realistic was needed for the home. So the majority of Atmos receivers currently available use a standard 5.1 or 7.1 setup with either 2 or 4 overhead speakers and an optional set of width speakers. That means you can go for either 5.1.2, 5.1.4, 7.1.2, 7.1.4 or 9.1.2; although most receivers will offer the choice of adding a second subwoofer. We have reviewed Atmos receivers from Denon, Marantz, Pioneer and Yamaha and were hugely impressed by the immersive nature of Dolby Atmos. In addition you can use the 'Dolby Surround' setting with any soundtrack to make use of the additional overhead speakers, which is also very effective.

Whilst you will need to buy a new receiver or, in some cases get your existing receiver upgraded, the good news is that you don't necessarily have to attach speakers to the ceiling. There are also special Dolby Atmos speakers available that can sit on top of your existing front and rear speakers, that bounce sounds off the ceiling to create the effect of sounds emanating from above. Whilst you will need a flat and reflective ceiling for them to work, we have heard these speakers in demos and can testify that they are genuinely effective. The other good news is that Atmos is delivered via Dolby TrueHD, so you don't need to buy a new Blu-ray player.

Of course, if you're getting a high-end custom install then there are processors that can utilise 16 or 32 channels when creating a Dolby Atmos system but in the average living room a 5.1.2 configuration can be highly effective. There are currently twelve Atmos Blu-rays available including Transformers: Age of Extinction and The Expendables III, with more on the way. Dolby hope that the fact that studios can just use the cinema master to create the domestic version will give them the edge but it is worth remembering that around 80% of Blu-rays currently use DTS-HD Master Audio. You can read more about Dolby Atmos here.

Thankfully DTS's adoption of a flexible speaker layout has avoided a 'format war' allowing AV receiver manufacturers to use 7.2.4 for both Atmos and DTS:X.

The second format that has been launched is Auro3D, another immersive audio system developed by Wilfried van Baelen, founder of Galaxy Studios and Auro Technologies. As with Atmos, Auro3D started as a cinema format but it is channel-based and uses three layers - the usual 5.1 or 7.1 layer, a second height layer and then a single overhead 'Voice of God' layer. Auro claim that their approach better approximates how sounds are created in the real world because the human ear has evolved to hear sounds above and to the side rather than directly overhead.

In the home, Auro3D follows the same basic layout as the cinema so you start with a normal 5.1 layout and add four additional height speakers over the front and rear speakers. This creates a 9.1 configuration but, if you want, you can create a 10.1 system by adding an overhead channel. There are also options for adding a height channel over the centre speaker to create an 11.1 configuration and you can add two back channels for a full 13.1 setup. Auro claim the advantage of their approach is that adding height speakers above where speakers already exist is far less intrusive.

There are Auro3D capable receivers already available from Denon and Marantz and high-end processors from the likes of Datasat and Trinnov, whilst Auro even make two processors and a receiver of their own. Auro3D uses the PCM tracks on a Blu-ray disc, so it can be delivered by any normal Blu-ray player over HDMI. So far there have been about fifty Auro3D music discs released but no movies, although it's believed there are releases planned for this year. However Auro3D also includes an upmixer, which allows you to utilise the additional speakers without having to use Auro3D encoded content. This upmixer is incredibly effective and will even work with mono tracks!

Auro feel that their approach is not only more effective than Dolby's and easier to install but that it is also more sensible when actually mixing soundtracks. They point out that you can't use objects when recording natural sounds and especially not with live recordings. So whilst a sound designer could use objects to build up a film soundtrack, the ambience from an actual live recording can only be captured using Auro's techniques. Auro also point out that whilst they can use object-based mixes in their system, the channel-based approach makes more sense.

They are quick to point out that Atmos is essentially a channel-based system in the home and that Dolby appear to be moving their overhead speakers towards the sides in an effort to emulate Auro3D's height channels. We can expect this war of words to heat up as the year progresses but it is fair to say that if you put your overhead speakers nearer where your front and rear speakers are located, you could create a layout that can be used for both 5.1.4 Atmos and 9.1 Auro3D configurations. It wouldn't be perfect but it would be preferable to adding four height and four overhead speakers.


The first surprise when DTS:X was finally announced was that it isn’t just for the home and will be available in cinemas as well - with various customisation options for both environments. DTS:X won’t be tied to prescribed speaker configurations or a specific number of audio channels; instead it will adapt to the viewing environment, allowing for a flexible speaker configuration that best fits the viewing space. DTS:X in the cinema will no longer be limited to specific channels or tied to a prescribed speaker layout and it can be delivered as part of the Digital Cinema Package (DCP). The foundation of DTS:X is MDA (Multi-Dimensional Audio), which is DTS's license fee-free, open platform for creating object-based immersive audio.

In terms of home implementation, manufacturers representing nearly 90 percent of the AV receiver and surround processor market will launch DTS:X-enabled products within the next few months, with additional manufacturer and model announcements to follow over the rest of the year. There will also be Blu-ray disc support from Lionsgate and, based on the DTS:X demo disc that was handed out at CES, probably 20th Century Fox. The first Blu-ray release with a DTS:X soundtrack will be the US release of Ex Machina from Lionsgate in July. DTS:X will be backwards compatible with DTS-HS Master Audio, it can lossless, it will offer a dialogue control feature and it can spatially reformat stereo, 5.1 or 7.1 content to take full advantage of all speakers in a surround system.

However the most important aspect is speaker placement, with DTS claiming that with flexible speaker layouts and remapping technology, DTS:X allows the placement of home cinema speakers virtually anywhere. In theory the freedom of object-based audio enables optimised playback on a multitude of speaker layouts, with any number of speakers. The DTS speaker remapping engine supports any speaker configuration within a hemispherical layout based around the listening position in the room. The first wave of AV receivers with DTS:X will be able to support up to 11.2 speaker channels and the majority appear to be using the same 7.2.4 configuration that was adopted by Dolby Atmos, which makes sense.

Which immersive format gains a dominant position will depend on the amount of studio support and to date Dolby Atmos has the upper hand with 18 discs announced so far from Warners, Paramount, Universal, HBO and Lionsgate. Dolby Atmos is also present on a large number of receivers already installed in people's homes and, with the exception of Denon's AVR-X7200W, none of these can be upgraded to DTS:X. Conversely Auro-3D has no studio support, is only on a few processors and receivers and doesn't use the same speaker layout as Atmos and DTS:X, so it can probably already be discounted. That leaves DTS:X but until we actually get a chance to test the format, it remains an unknown quantity and in the meantime Dolby Atmos has taken an early lead.
To comment on what you've read here, click the Discussion tab and post a reply.
Article Discussion (30)